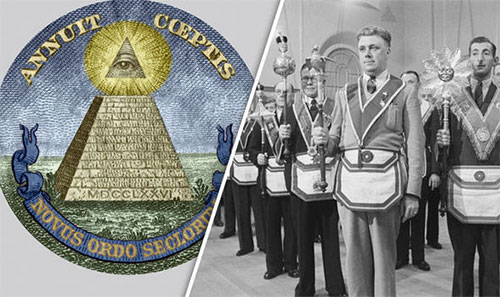 The alchemy of money makes it possible for elites to prevail. This Alchemy is one of the highest things they believe in. To make gold out of nothing. Federal Reserve prints money, banks create it, out of nothing. The Ur Lodges decide who can lend and create money. Suddenly they withdraw it, and cause a shortage or crisis, like in an electric circuit. Gold has always been goal of alchemy. Today this is the job of the Federal Reserve and other elite organizations: make money from nothing, then give it out, and even charge interest. More credits, more dependence, and then explosion. All credit, debt and debt crises are invented and designed. This includes the bank liberality through the Gramm-Leach-Bliley Act in 1999 which replaced the Glass-Steagall Act of 1933 (replacing it was the work of Three Eyes, through Frater Kronos who is Zbigniew Brzezinski). The intelligence quotient of the masses is low. After the next economic shock Europe is going to be a new feudalism, which is directed by a Masonic nobility elite without common old blood line. This is to be exported to East and West. Making money out of nothing is not wrong, they say, but it is important who may do it. By the way, the second Vatican Council was the invention of the Freemasons. Operated by high degree mason Angelo Roncalli (Pope Paul Johannnaes XXII).

Edmund Burke as well as Zbigniew Brzezinski both want an intellectual aristocracy, without the usual blood line aristocracy, who rules over the masses. This is based on the Valentinian Gnostic thought, the idea of the three ontological categories:
– Hylic: The ones only driven by instincts and emotions cannot govern themselves;
– Psychic: The ones who are captivated by intellect and reason, but do not know the spiritual reality;
– And the spiritual man (pneuma = spirit): The perfect balance of the body, soul and spirit reality.

The mass must be controlled by an elite, they say. For Hathor Pentalpha and Geburah lives are meaningless. Most people are half-animal beings, and therefore it is a mistake to expand freedom, equality and fraternity to all.

There is NO premier minister or chancellor or president, or even pope, who is not a member of at least one Super Lodge or who knows how many of them. The Congress, the Halls, the Cabinets are the stage where the plans are published which were designed in the lodges. Be it wars, economic or social programs, or any crisis or new laws.

It is very hard to accept that backstage Clinton and Trump were allies. It is much more easier to believe that they are opponents. Both were sent in to combat Hathor Pentalpha (their power decreased 2004, but then increased again with the foundation of terror cells). In the same note, it is hard to accept that Santa is not living at the North Pole, but is just a fairy tale…

Member of reactionary lodges was US politician Barry Goldwater. He campaigned after his conversion for gender mainstreaming, soft drugs. In 1967 Super Lodge Three Eyes was established (Rockefeller, Brzezinski, Kissinger), and then murdered Martin Luther King and Robert Kennedy in 1968, which were both driving forces of the Democratic Super Lodges. Thereby, the ’68 movement (born from Beatles and Hippie generation) should be radicalized and thus easier to control, according to their plans. 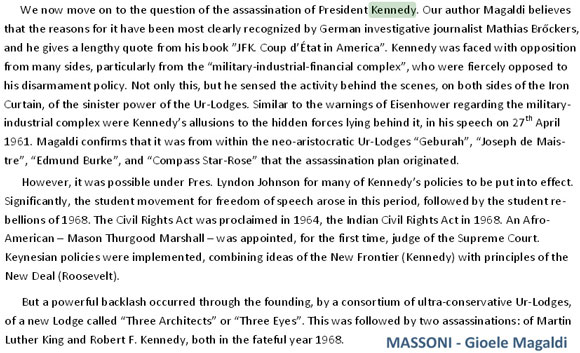 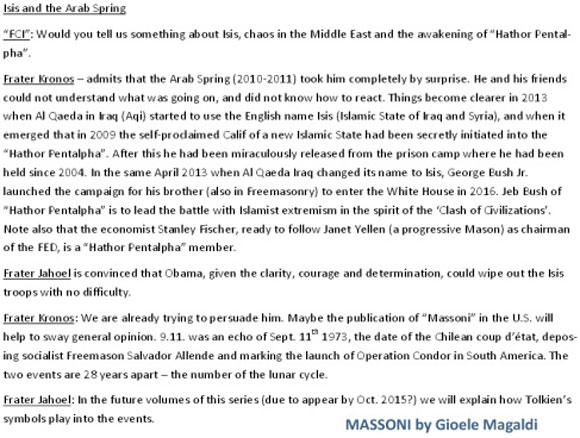 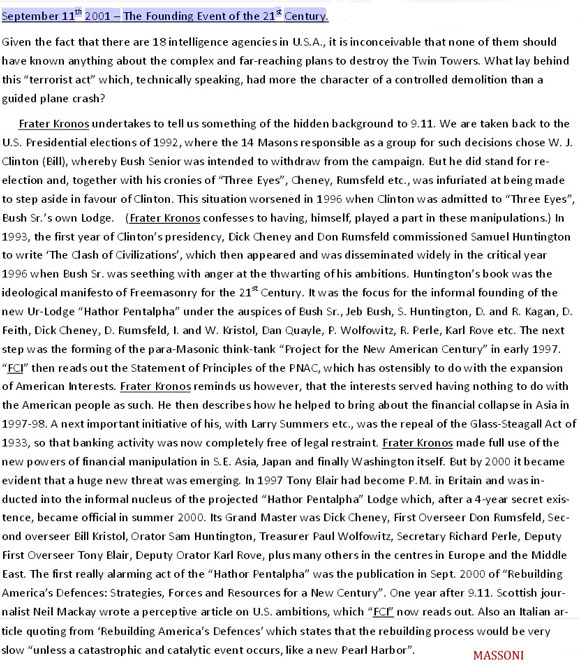 Top 10 ‘Science Rascal of the Year’ Awards handed out to the shills, hucksters and liars of medicine and biotech