About fifty years ago, Dr. Bruce Greyson, a psychiatrist, was eating pasta in the hospital cafeteria when his beeper went off. Startled, he dropped his fork and left a drop of spaghetti sauce on his tie. Greyson was urgently needed in the ER to treat a college student who had overdosed. With no time to change his dirty tie, he grabbed a white lab coat and buttoned it up to hide the stain. In the ER, he found the student unconscious on a gurney, her breathing slow but regular. He called her name – “Holly” – and pursued to rouse her. But she didn’t stir. 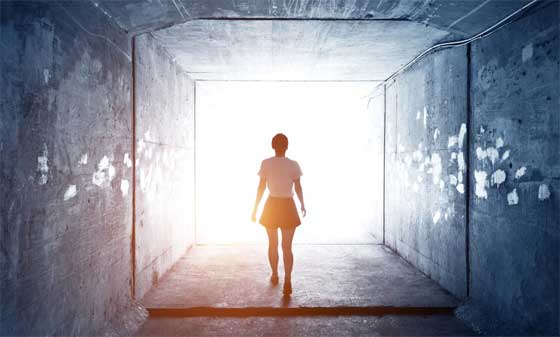 Greyson left Holly and met her roommate, Susan, at the end of the hall in the lounge. Unbuttoning his coat, he sat down and asked Susan to recount everything that had occurred. The next morning, Greyson returned to work at the hospital. Though Holly was awake, she was also groggy, her eyes closed.

Holly stirred. “I remember you from last night,” she mumbled.

Greyson was confused. “I didn’t know you could see me,” he said.

“Not in my room,” Holly muttered. “I saw you talking with Susan, sitting on the couch.” Suddenly Holly opened her eyes, looked Greyson in the face and added, “You were wearing a striped tie that had a red stain on it.”

Greyson was shocked. “What?” he said.

Holly went on to recount Greyson’s conversation with her roommate and nailed every detail.

“My immediate reaction was almost terror: This can’t be occurring,” Greyson told The Post. “After a few days, I thought this couldn’t have occurred. It needs to be some trick that people played on me.”

The encounter, however, continued to gnaw at him. Greyson began studying these so-called out of body experiences (OBEs) and near-death experiences (NDEs) from a scientific standpoint, collecting hundreds of stories from those who’ve had them. He discovered that Holly’s experience was not unique and that many people who survive the jaws of death report strange out-of-body experiences.

Since meeting Holly, Greyson had published hundreds of academic papers and co-founded the International Association for Near-Death Studies. His search for answers is chronicled in his new book “After: A Doctor Explores What Near-Death Experiences Reveal about Life and Beyond” (St. Martin’s Essentials), out on March 2, 2021.

According to Greyson’s research, near-death experiences are fairly common. Some 10 percent to 20 percent of people who come close to death report them – about 5 percent of the population at large. “Back in the ’80s when someone had this experience they thought they were the only person who had it,” says Greyson, now a psychiatry and neurobehavioral sciences professor at the University of Virginia School of Medicine. “It’s increasingly common for people to feel comfortable talking about them.”

No two NDEs are exactly alike, but Greyson has cataloged a few common elements. One, cited by some 80 percent of people who’ve had an NDE, is leaving your body.

Al Sullivan was a Connecticut truck driver who one day in 1988 found himself in the hospital with chest pains. He was rushed to the operating room for bypass surgery. He told Greyson that when he came to, he was looking down as his surgery was being performed. One puzzling aspect of the scene was that his surgeon seemed to be flapping his arms like a bird. The imagery sounded nonsensical. Greyson suspected it might have been a dream. But then Greyson contacted Sullivan’s surgeon, who told him of his unusual habit. After he “scrubbed in” for surgery, he avoided accidentally touching anything by keeping his hands pinned to his chest and pointing at things for his assistants with his elbows. It was the same flapping Sullivan had described, despite being anesthetized, his chest cut open and his eyes taped shut.

Another well-known feature (experienced by about one quarter of those having an NDE) is the “life review” – in which a person’s life flashes before their eyes.

Barbara Harris Whitfield, a Georgia therapist, had an NDE at age 32 in 1975 when she suffered respiratory complications while immobilized from back surgery. “As I left my body, I saw my 1-year-old self … facedown in my crib … crying,” Whitfield told Greyson. “In every scene of my life review I could feel again what I had felt at various times in my life. And I could feel everything everyone else felt as a consequence of my actions. Some of it felt good and some of it felt awful.”

For those having an NDE, their thoughts get faster and clearer. Also, in Greyson’s research, about two-thirds reported “extraordinarily vivid sensations … that most often involved exceptionally bright vision and unique colors, or exceptionally clear hearing and unique sounds,” the author writes. 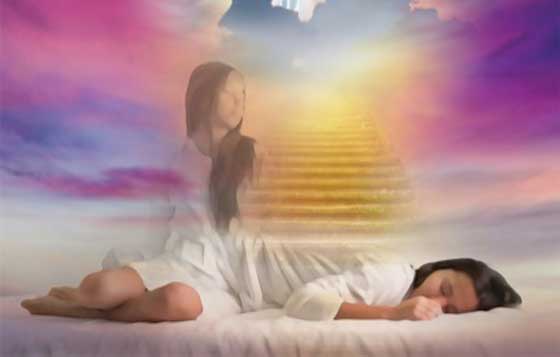 Some two-thirds of those having an NDE meet another person – often a dead loved one. What’s especially strange is that sometimes experiencers “meet recently deceased people who were not known to have died,” Greyson reports.

A South African man named Jack Bybee nearly died from pneumonia in 1972. During his NDE, he saw one of the nurses who’d been taking care of him, Anita. Anita told him that he needs to “go back” and that she was sorry she “wrecked the red MGB.” When Bybee recovered, he told another nurse what he’d seen. The nurse fled the room in tears. Bybee soon learned that Anita had been given a red MGB for her birthday, and while out driving, she’d crashed and died. Bybee had been “dead” when the accident occurred and couldn’t have known her fate.

“I think the evidence overwhelmingly points to the physical body not being all that we are” – Dr. Bruce Greyson

In his decades of research, Greyson has attempted to find what might be a physical explanation for NDEs. In the process, he has managed to debunk some conventional wisdom.

For example, some experts have suggested NDEs might be a result of the powerful drugs given to patients who are near death. Greyson found that those administered drugs actually had fewer NDEs.

Other researchers have suggested that NDEs are caused by “electrical activity” in the brain, similar to the kind that causes epileptic seizures. But analysis of electroencephalograms of people after life support showed that the brain’s electrical activity ceases even before the heart stops beating, Greyson reported.

So what is going on? Greyson, who grew up in a scientific household and is not religious, says he doesn’t know. “But I think the evidence overwhelmingly points to the physical body not being all that we are,” he says. “There seems to be something that is able to continue after the body dies. I don’t know what to make of it.”

He says that we assume the brain and the conscience are one. But what if they are separate, and our consciousness exists beyond our gray matter? Greyson likens the brain to a cellphone that “receives thoughts and feelings and converts them into electrical and chemical signals that the body can understand and use.”

He writes that it’s “plausible” NDEs may be triggered by electrical and chemical changes in the brain that “permit the conscience to experience separating from the body at the moment of death.”

Whatever the cause of NDEs, the vast majority of those who’ve had them say the experience is positive. “What’s intriguing is here’s an experience that in a few seconds can totally transform someone’s attitudes and behavior for decades after,” Greyson says. “I don’t know of anything else so powerful.”

In 2004, Roisin Fitzpatrick suffered a brain hemorrhage at 35 and landed in intensive care. She had a near-death experience in which she “became pure energy” and realized that “there is no beginning or end … no life or death … It made absolutely no difference if I was in my body; it was not even relevant because I had become at one with this incredibly potent, highly charged field of energy,” she told Greyson.

For others, an NDE can completely turn their life around. While a young doctor in 1974, Greyson met a man in his 40s named Henry who’d attempted suicide after his parents passed away. He went to the cemetery where they were buried and shot himself in the head. As he lay dying, he says he was transported to “a lush meadow of wildflowers. There, welcoming me with open arms, were my mama and papa … [Mama] shook her head and said, ‘Oh, Henry, now look what you’ve done!’” Henry told Greyson. Greyson was concerned Henry would attempt suicide again, but the patient told him, “I don’t think about that at all now. I still miss Mama, but I’m happy now that I know where she is.”