Researchers and physicians have long known that chronic, excessive alcohol use can cause devastating effects on health. And, it’s becoming increasingly clear that those who consume large amounts of alcohol sharply increase their risk of certain cancers. 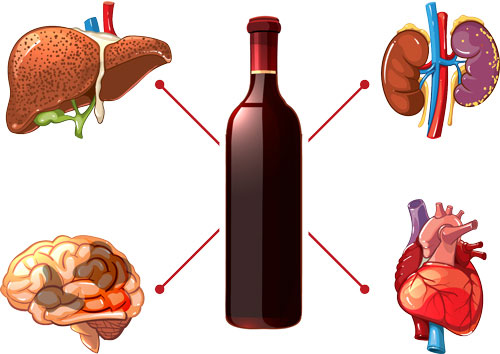 Disturbingly, some studies have shown that as few as one to two drinks a day can raise cancer risk – even as other studies show that alcohol, in small to moderate amounts, provides some protection against heart disease.

In light of this contradictory information about the effects of drinking, it’s good to know that certain nutrients and supplements exist that can help neutralize the damaging effects of alcohol.

As alcohol breaks down, it is converted in the body to acetaldehyde, a known carcinogen that damages and destroys cell DNA – while at the same time suppressing cell mechanisms that would otherwise repair it. Acetaldehyde also impairs the body’s antioxidant defenses and produces dangerous free radicals that lead to inflammation, which can trigger cancer.

And, heavy drinking can cause up to a four-fold increase in the risk of stroke – as well as raising the odds of developing neurodegenerative disease.

Although the National Institutes of Health defines problem drinking as 12 to 15 drinks a week, recent research shows that alcohol can be dangerous in lesser amounts – with as few as one to two drinks a day appearing to raise cancer risk. For instance, even moderate alcohol ingestion is associated with higher incidence of breast cancer.

Many experts agree that a good rule of thumb for alcohol consumption is to avoid amounts that produce a hangover – for which acetaldehydes are primarily to blame.
To help avert the threat of cancer, it’s wise to maintain healthy levels of antioxidants in the body. Antioxidants protect cell DNA from cancer-causing damage and mutations, as well as decreasing inflammation.

Acetaldehyde robs cells of vitamin B-6, or pyridoxine – a nutrient needed to combat dangerous oxidation – and interferes with the actions of folic acid. In fact, folic acid deficiencies – common among heavy drinkers – can impair the body’s ability to suppress cancer genes called proto-oncogenes.

Getting sufficient levels of vitamin B-6 and folic acid can reduce your chances of developing cancer by a substantial 41 percent, with vitamin B-3 – or niacin – decreasing your odds of cancer by 38 percent.

Vitamin B-1, or thiamine, is also depleted by acetaldehyde – with serious consequences. Experts say it is thiamine deficiency – rather than the toxic metabolites of alcohol – that causes the brain degeneration associated with alcoholics.

Research shows that benfotiamine, a fat-soluble type of thiamine with high bioavailability, can dramatically increase thiamine status after chronic alcohol use. 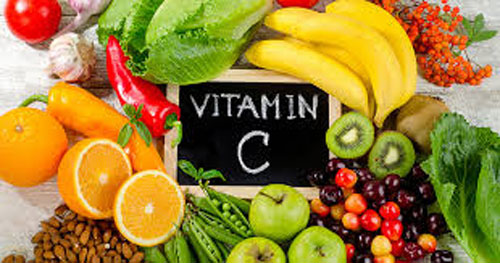 Another vitamin that can defend your body from alcohol damage is vitamin C. This potent antioxidant nutrient protects brain cells against the toxic effects of alcohol, and helps control brain levels of pro-inflammatory substances such as COX-2 – which are increased by alcohol and its toxic metabolites.

However, as alcohol consumption itself can decrease levels of vitamin C, it is wise to supplement.

Glutathione, the body’s ‘master antioxidant,’ binds to toxins and promotes their excretion in the bile and urine. Acetaldehyde depletes levels of glutathione, causing dramatic reductions in the body’s natural defense systems.

N-acetylcysteine, or NAC, binds acetaldehyde, neutralizing its damaging effects, and replenishes glutathione levels in tissues. It does this so effectively that it is used in conventional medicine – along with vitamin C – to treat acetaminophen overdoses.

NAC is most helpful when taken immediately before alcohol ingestion – but it can also be used after indulging as well.

In cell studies, silymarin inhibits the conversion of ethanol to acetaldehyde, reduces liver cancer cell proliferation, stops the growth of blood vessels that nourish tumors, and promotes the regeneration of normal liver cells. In a 2012 review published in Current Pharmaceutical Biotechnology, researchers found that long-term use of silymarin significantly increased survival times of patients with cirrhosis of the liver, which can often precede liver cancer.

What can resveratrol do for me?

This beneficial polyphenol is found in grapes, cranberries, and – conveniently, for wine aficionados – red wine. Resveratrol provides cardiovascular benefits by reducing LDL cholesterol and decreasing the stickiness of blood platelets.

But resveratrol also has potent antioxidant and anti-cancer effects, suppressing the production of inflammatory cytokines as it protects, and even repairs, damaged cell DNA – healing the injury before it can result in cancerous change.

In a review published in Critical Reviews in Food Science and Nutrition, researchers credited resveratrol with blocking the development of cancer at multiple stages – from tumor initiation through promotion through progression.