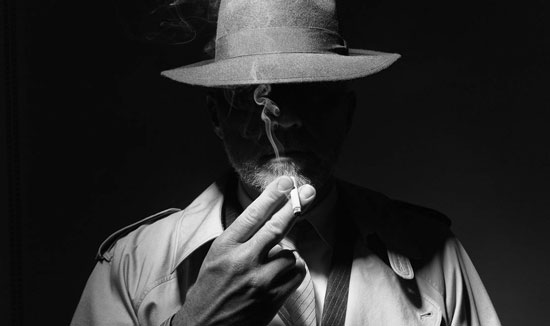 How They Influence Legislation and Gain Control Over the Government

It’s clear that corporations have a strong hold on government regulations; why else would chemicals be put in our food and the environment? Even the U.S. Environmental Protection Agency has strong ties to oil companies, despite the fact that they’re supposedly the government agency that protects the environment.

The simple answer to this question is money, the promise to gain more control over the population, and lobbying efforts. The shadow government can manipulate, or in some cases, create legislation through either close ties to politicians or even organizations like the American Legislative Exchange Council (ALEC).

ALEC is a conservative group comprised of state legislators and corporate leaders that allows corporations to help write, or in some cases, just hand over legislation that the “official lawmakers” can then take credit for and formally propose.

The Center for Media and Democracy (CMD) conducted research into ALEC’s funding while looking into Exxon Mobil and the company’s wrongdoings regarding climate change denial. CMD found that 98% of ALEC’s funding comes from private sources other than state legislators. This means that ALEC is basically entirely funded by global corporations, including Exxon Mobil.

Political satirist John Oliver explains this in detail below:
“ALEC has played a crucial role in influencing laws surrounding gun control, the prison system, voting laws, environmental policies, animal cruelty laws, minimum wage, and more. ALEC-backed legislation is not created for the people, but rather, designed so corporations can increase their profits and create loop holes so they don’t get in trouble with the law.ˮ

There are tons of other examples of corporations influencing the government outside of ALEC as well. One court case addressed the EPA’s ties to Monsanto, bending laws and lying about the environmental and health issues involved with the company’s products (GMOs, herbicide Round Up, etc.).

Big Pharma is another industry with close ties to the government. Even though it’s illegal for Big Pharma to advertise drugs in other countries, it’s completely legal in North America. The advertisements are often misleading, overstating the benefits and completely omitting the risks or potential side effects (or simply putting them in tiny, illegible letters).

Although the FDA has stepped in multiple times, sending pharmaceutical companies warning letters or even forcing them to take down their ads because they are false, misleading, and/or exaggerate the effects of their drugs, this is still an ongoing issue.

Lobbying expenditures by the pharmaceutical industry have been increasing every year and hit an all-time high of $273 million in 2009. This money is then used to influence lawmakers and politicians to shape pending legislature.

A 2017 study published in the Journal of the American Medical Association conducted by a team from Yale University found that one in three FDA-approved pharmaceutical drugs have safety issues. Big Pharma pressured the FDA to speed up their drug approval process, and this is what happened as a result.

The USDA has heavy ties to many advertisements and campaigns encouraging consumers to purchase meat. The U.S. government spends $38 billion annually to subsidize the meat and dairy industries, in comparison to only 0.04% of that on fruits and vegetables. If the government didn’t benefit from meat and dairy sales, our recommended intake of animal products would look significantly different.

Instead, the USDA Food Guide Pyramid states you should eat 2-3 servings of milk, yogurt, and cheese, despite the fact that only 75% of people can actually digest milk properly, as well as 2-3 servings of meat, poultry, fish, dry beans, eggs, and nuts per day. What the food guide doesn’t mention is that numerous studies have proven that meat and dairy consumption can cause cancer, heart disease, obesity, and many more health complications.

Lastly, another crucial way the deep state gains control over the public and the government is through false-flag terrorism. Yes, the government is involved with the creation of these terrorist attacks and the infiltration of other countries, but it’s not just the U.S. government that profits off war and terror.

False-flag terrorism is the idea that a government would stage a terrorist attack in a country (even their own) in order to justify war and the infiltration of a foreign country for their own purposes (whether that be for money, oil, etc.). It’s also used to heighten a state of fear and security within their own country, and in order to do so, they need a villain. For example, in the case of 9/11 it was Al-Qaeda and Osama bin Laden.

As former British Foreign Secretary Robin Cook explains:
“The truth is, there is no Islamic army or terrorist group called Al-Qaeda, and any informed intelligence officer knows this. But, there is a propaganda campaign to make the public believe in the presence of an intensified entity representing the ‘devil’ only in order to drive TV watchers to accept a unified international leadership for a war against terrorism.ˮ

In essence, war and chaos are profitable businesses, and they’ve been used by the shadow government and the deep state for many years to not only take over nations, but to control the masses using fear as well.

War is often just a collaborative effort between powerful individuals to play out big picture plans through creating conflict and justifying war. Then, when this heightened fear state occurs in society, people don’t question terrorist bills and surveillance because they’re implemented in the name of “national security”.

“I served in all commissioned ranks from Second Lieutenant to Major-General. And during that period, I spent most of my time being a high class muscle-man for Big Business, for Wall Street and for the Bankers. In short, I was a racketeer, a gangster for capitalism.” – General Smedley Butler, one of the highest ranking generals in American history.

The New World Order is the supposed goal of a handful of global elitists who are pushing for a one world government and a heightened national security state. This group, often referred to as the cabal/the shadow government/the deep state/the elite, has been using foreign threats to heighten security, strip us of our rights, and invade other countries. The entire world is practically covered with U.S. military bases and big banks owned by the Rothschilds, with the exception of only a few countries.

Why This Is Important Information

Many news organizations and people refuse to discuss the shadow government and the deep state, whether’s that’s because they fear the negativity surrounding the subject or because they’re owned and funded by these groups of people.

Amber Lyon is a three-time Emmy award winning journalist at CNN who went on record stating that mainstream media outlets are routinely paid by the U.S. government as well as by foreign governments to selectively report and manipulate information on specific events. She has also admitted that the “U.S. government has editorial control over mainstream media contentˮ.

This isn’t anything new; the CIA’s Operation MOCKINGBIRD is the government program referring to its interest and relations with mainstream media. MOCKINGBIRD stemmed from the CIA’s forerunner, the Office for Strategic Services (OSS, 1942-47), which, during World War II, created a working relationship with journalists and psychological warfare experts operating primarily in the European theatre.

It’s clear that the truth has been hidden from us for a long time, but it’s crucial that we don’t perceive this information as “scary,” but rather as empowering. If we fear the shadow government and refuse to discuss them, then we’re feeding into their perpetual control over the system. However, if we shed light on this subject and explain to others how our political system actually works, then real, sustainable change can actually occur. Democracy only gives you the illusion of freedom and “human rights,” because only without an overarching, elite-serving government could you truly have these things.