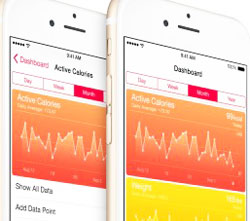 For those who monitor the tech world, itʼs not a surprise that gadget giant Apple would like to branch out into the medical industry. For that matter, Apple boss Tim Cook, the companyʼs CEO, has even said heʼs got “massive interest” in health.

But the idea begs some questions, like how does Apple shift its focus and a portion of its very large operation away from making gadgets to dealing with hospitals, doctors, FDA regulations and, of course, Obamacare? And why would Apple want to jump into this pit of snakes?

Maybe itʼs just about the money

Dr. Mike Evans, a physician based in Toronto who was hired recently by the tech giant, noted that there is a digital health opportunity the company should pursue. In a comment to Canadian broadcaster CBC, Evans laid out the companyʼs likely strategy.

“What happens now,” he said, “is I see you. Letʼs say you have high blood pressure. I prescribe you a pill for that. I see you two or three times a year.”

“In future,” he continued, “Iʼll prescribe you an app. One of our whiteboards will drop in and explain what high blood pressure is. The phone will be Bluetoothed to the cap of your pills. Iʼll nudge you towards a low salt diet. All of these things will all happen in your phone. I see you two or three days a year. The phone sees you everyday.”

As further reported by CBC, Evans said he believes that, without question, the future of medicine will involve a combination of patients interacting with doctors and with technology. “I think the way we engage people will totally change” he said, adding that the interactions involving humans and tech in healthcare will be solved as they progress.

Granted, Apple has yet to officially announce it is moving into healthcare or, as Evans explained, the electronic healthcare field. But is Apple really interested in better health, or is the company just angling for a share of the trillions spent each year on healthcare?

A couple of things stand out regarding Appleʼs potential move into the market. First, while an app is “trendy” and “cool”, the thought of it being continually “Bluetoothed” – as in connected to the internet – is troubling right off the bat. Patients will be continuously monitored by Apple and, perhaps, the government, 24/7, recording activities and living habits.

And, thanks to Obamacareʼs rules, more and more health records are being sent to the cloud, putting them online for all the worldʼs hackers to steal. 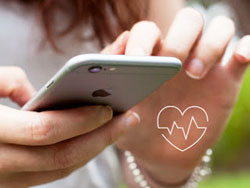 Two years ago Reuters reported that your health record is more valuable than your credit cards, making them a bigger target for cyber thieves – 10 times as much, in fact, on the black market. Because so much is spent on healthcare ($3 trillion annually, in 2014 figures), health information is extremely valuable. “As attackers discover new methods to make money, the healthcare industry is becoming a much riper target because of the ability to sell large batches of personal data for profit,” said Dave Kennedy, an expert on healthcare security and CEO of TrustedSEC LLC.

In February 2015, The Verge reported that hackers had stolen millions of customer records from Anthem, the nationʼs second-largest health insurer. That hack followed the theft of records from the Obamacare website, Healthcare.gov.

A year later, NBC News reported that health record hacking had climbed an astounding 11,000 percent from the previous year. One in three Americans have had their health data compromised in some form or another, but most are completely unaware.

And itʼs not just medical records at risk. As Cyber War has reported, hackers also have the potential to break into and control medical devices that are connected to the internet. In addition, hackers using “ransomware” to lock up hospital equipment that is needed to keep patients alive so as to extract payment for them is also becoming more common.

With so much risk involved in putting sensitive equipment and healthcare information online, it makes little sense to compound the problem, as Apple seems intent on doing.

Then again, there is that huge pile of money spent on healthcare every year.

Scientists Invent Oxygen Particle That If Injected, Allows You To Live Without Breathing