An AP article attempts to present Donald Trump and Robert F. Kennedy as Kooks for talking about an investigation of the efficacy and safety of vaccines.

The article titled, “Trump asks skeptic to probe vaccine safety, alarming doctors” is a carefully crafted vacuous “Argument from Authority and Intimidation” defending the $41 billion dollar a year vaccine industry from any reasonable attempt to independently and reputably investigate the safety and efficacy of vaccines.

The Associate Press presents Donald Trump’s willingness to question and even investigate the effects and safety of vaccines as “reviving long debunked attempts to link vaccines to autism.” The Associated Press (AP), presenting Donald Trump’s meeting with Robert F. Kennedy Jr., to discuss chairing a commission on vaccination safety, as the act of an ignorant naive who has neglected to read Big Pharma’s bible and last word on vaccine safety and its connection to Autism. 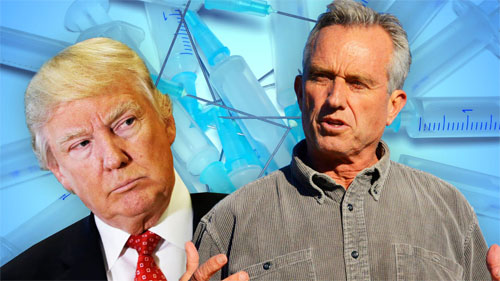 The article, invoking an ‘Argument from Intimidation’ cautions the reader “a move that alarmed child health experts.” Experts, of course, being paid disciples and priests of the religious pharmaceutical dogma.

AP attempts to connect the opinions of licensed, as Allopathic ‘Medical Doctors’, by medical monopoly organizations benefiting and controlling access to medical professions and procedures – to the safety and efficacy and the sensibleness of the decades old enforced-by-law practice of vaccinating children.

According to AP, Kennedy met with the Trump and stated the “President-elect Trump has some doubts about the current vaccine policies and he has questions about it,” Kennedy added, “we ought to be debating the science.”

AP then attempts (using an argument of authority) to cast the idea of debating the science as something only scientists should do, quoting selected pediatricians, “To pediatricians, there’s nothing left to debate,” continuing, “Vaccines have been part of the fabric of our society for decades and are the most significant medical innovation of our time, Drs. Fernando Stein and Karen Remley of the American Academy of Pediatrics said in a statement.”

Again, there is nothing in this statement except appeals to “Blind Loyalty” and a thinly veiled “Appeal to Tradition.” Furthermore, there is no mention of any studies done to show vaccine efficacy or the attempt to verify or refute the claims of people like Dr. William Thompson, the so-called “CDC Whistle Blower” who has asked for a congressional investigation into claims he made saying the CDC deliberately destroyed statistical data showing increased risk of Autism as a result of Vaccines.

Robert Kennedy Jr., attorney for Yates Hazlehurst, a boy developing Autism shortly after receiving vaccines, is seeking testimony from William Thompson about CDC misconduct. However, the CDC has blocked Thompson from providing testimony in the case of Yates Hazelhurst, saying, “in accordance with the Whistle Blower Protection Act and other federal regulations, Dr. Thompson cannot testify under oath without the permission of the director of the CDC, Dr. Thomas Frieden.” 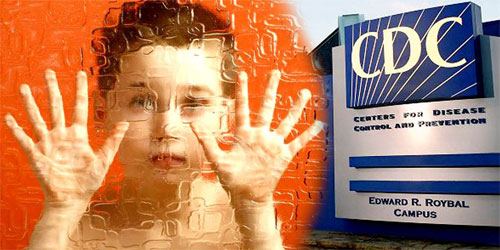 But the real story of vaccines and Autism can be found by talking to people. Like the story of the mother of a child who tells her daughter became autistic almost immediately after receiving vaccines – changing like day and night within a few hours from a normal developing baby girl into a child with symptoms of autism.

The Geometry of Infinite Mind (II)