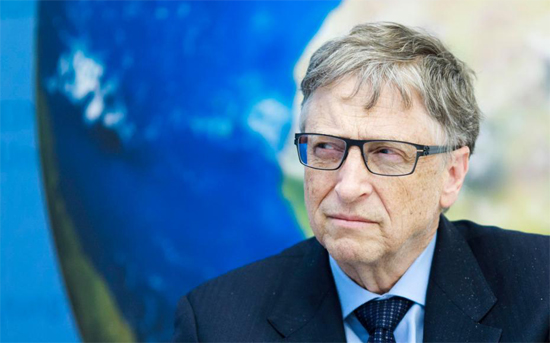 Bill Gates has doubled down on his goal to depopulate the planet, using deceitful Orwellian doublespeak in a new video to bamboozle his naive followers into believing that “by making people healthier, we can reduce the world’s population”.
Make no mistake, when Gates talks about “making people healthier” what he is really talking about is enforcing the mandatory roll out of his range of experimental vaccinations. The same vaccines that have already caused mass sterilization and death on multiple continents.

The second-richest man on the planet is a committed globalist and eugenicist working towards the New World Order goal of depopulation. Lest anyone forget these facts, Bill Gates regularly goes out of his way to remind us of them.

Bill Gates and his foundation have consistently come under fire for their goal of depopulation, and now the same man who admitted in a TED talk that his goal is to eliminate a billion humans from the face of the Earth has now taken to Facebook to lecture us about why being eradicated is in our own interests.

The irony of Bill Gates’ faux concern for the human race is almost laughable. India, however, may not find it so funny.
Last year, India’s National Technical Advisory Group on Immunization announced that it would be banning the Gates Foundation from operating in the country after it was revealed that the vaccines the foundation had been promoting “to make people healthier” were actually doing irreparable harm to young girls, and that the Gates Foundation “campaigns” were actually “experimental trials of the vaccines”.
Mainstream investigators have found that these vaccine trials in India led to thousands of injuries and deaths of young women.

The “philanthropist” has also funded secretive sterilization programs, and says we should form death panels to differentiate between those who are worthy of life and those who “have no benefit whatsoever” to society. This cold, skewed psychopathic “logic” is terrifying and brings to mind the worst excesses of the 20th century’s most evil regimes.

Now we are starting to see the horrific results of Gates’ depopulation agenda playing out around the world.

Kenya doesn’t find Gates’ fake concern for the human race amusing either. In September of 2017 it was reported that at least 500,000 young Kenyan girls and women have been made sterile, following a tetanus vaccine administered by the government, and pushed by the international organizations in Bill Gates’ back pocket. “Today, we can confirm to the country that the Catholic Church was right. Hundreds of thousands of our girls and women, aged between 14 and 49, from the fastest growing populations in the country will not have children, because of the state-sponsored sterilization that was sold to the country as tetanus vaccination” Kenyan opposition leader Raila Odinga declared.

Gates, who has $23m of shares in Monsanto, is responsible for widespread vaccination programs which have been linked to outbreaks of disease in South America and the Ebola epidemic in West Africa. GMOs and vaccinations have both been linked to human illness and death, even though Big Pharma and Big Agriculture continue to deny the undeniable correlations.

Let’s ask ourselves this: If Gates is focused on his goal of reducing the number of people on our planet, why would he then fund vaccination programs to save lives?
None of this makes any sense, unless the vaccinations are not meant to save lives at all.

All Wars Are Bankers Wars! (4)