Not only is China using its wealth and growing influence to supplant U.S. dominance around the world, but apparently Beijing is also looking to create a super-human military that is rivaled by no one. Even if they have to genetically alter their soldiers in order to achieve the objective. 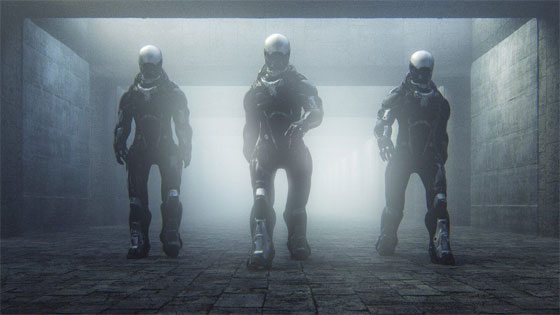 In an interview with Fox News, Director of National Intelligence John Ratcliffe said if China would ever outmaneuver the United States and become the globe’s leading superpower, that would endanger “individual liberties” and “freedoms” around the world, noting that “free enterprise [is] all at stake.”

He also said that China is “altering DNA,” citing U.S. intelligence reports indicating as much, The Epoch Times reported. “It’s one of the aspects our intelligence shows that China is doing. (…) The People’s Republic of China has 2 million strong in its military, and it’s aiming to make them stronger through, you know, gene editing,” Ratcliffe said, noting further that it’s “just one of the ways that, you know, China is aiming to essentially dominate the planet and set the rules in the world order.”

Highlighting the Communist Party of China’s gross and frequent human rights abuses, Ratcliffe said what people everywhere “need to understand is this is an authoritarian regime.” He added that the Communist government “doesn’t care about people’s personal rights.”

“We’ve seen what they’ve done to the Uighurs; we’ve seen what they’ve done in Hong Kong. It’s about putting the state first, and that is the exact opposite of what has always made America great. Personal liberties, freedoms, free enterprise those aspects are all at stake if China dominates,” Ratcliffe, who was a GOP congressman from Texas before President Donald Trump appointed him to be DNI, added.

Ratcliffe’s remarks to Fox News were in line with a piece he wrote for The Wall Street Journal in which he labeled the Chinese regime as America’s “national security threat No. 1,” while providing more details about the DNA testing. “China has even conducted human testing on members of the People’s Liberation Army in hope of developing soldiers with biologically enhanced capabilities,” he said. “There are no ethical boundaries to Beijing’s pursuit of power.”

The Epoch Times noted further: “Chinese researcher He Jiankui in 2018 used CRISPR-Cas9 gene editing to alter the DNA of embryos of seven couples. Last year, researchers said the regime would pursue to use CRISPR gene-editing capabilities to alter the capabilities of its soldiers. The CCP ‘is pursuing military applications for biology and looking into promising intersections with other disciplines, including brain science, supercomputing, and artificial intelligence,’” Elsa Kania and Wilson Vorndick wrote in Defense One in 2019.

“While the potential leveraging of CRISPR to increase human capabilities on the future battlefield remains only a hypothetical possibility at the present, there are indications that Chinese military researchers are starting to explore its potential,” Kania and Vorndick added.

In other developments related to China, Ratcliff said Beijing was already targeting members of the alleged incoming administration of Joe Biden and Congress, conducting influence operations. “To address these threats and more, I have shifted resources inside the $85 billion annual intelligence budget to increase the focus on China,” Ratcliffe announced. “This shift must continue to ensure U.S. intelligence has the resources it needs to give policy makers unvarnished insights into China’s intentions and activities.”

He also urged Congress to ditch the hyper-partisanship and unite to address the threat posed by Communist China as Beijing is “preparing for an open-ended period of confrontation with the U.S.” “Washington should also be prepared,” he wrote. “Leaders is necessary to work across partisan divides to understand the threat, speak about it openly, and take action to address it.” That’s going to be a gigantic problem because Biden and his son are compromised by Chinese business and government interests.