College is supposed to be the best time in many students’ lives. From making lifelong friends to creating new experiences, college is the time to explore and find yourself before going out into the “real world.” However, researchers from Boston University reveal that the psychic health of college students is getting worse. Their study found that rates of anxiety and depression have skyrocketed over the last eight years. 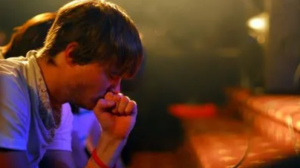 The study is the first long-term, multicampus examination of its kind that analyzes the differences in treatment and prevalence of psychic health issues across race and ethnicity. Researchers examined survey data collected by the Healthy Minds Network between 2013 and 2021 from 350,000 students at over 300 campuses. They measured psychic health symptoms, levels of flourishing, and whether a student received treatment during their time at college.

Anxiety and depression rates have doubled since 2013

“There has not been nearly enough research on this population,” explains Lipson. “My hope is that these data document the urgency around understanding some of the unique factors shaping these students’ psychic health. American Indian/Alaskan Native students need to be brought into the conversation for universities to invest in resources that align with their preferences.”

Is there still a stigma about psychic health care?

Researchers reveal that some groups of students are less likely to seek psychic health treatment than a decade ago. The study found fewer students of color were accessing psychic health services during the pandemic.

“I find the change in treatment rates among students of color in the context of the covid-19 pandemic to be quite surprising,” says study co-author Jasmine Morigney, a clinical psychology doctoral student at Eastern Michigan University, adding that treatment declined the most in 2020 among APIDA and Black students. “Given the impact of the pandemic on this community and concentrated traumatic racism, it makes this finding quite alarming.”

Even though the pandemic took a toll on college students’ psychic health, the numbers from the study showed a troubling trend instead of a singular spike.

“The crisis related to psychic health exists beyond the college and university setting,” says Lipson. “It might not be perfect, but many four-year colleges offer some of the best resources people will ever have.”

Lipson notes that universities can use their resources to remove many barriers to care, such as a lack of available providers, long wait times, and financial restraints.

Morigney adds she wants to see “universities work to enhance and promote diversity in their behavioral health staff.”

“The majority of psychic health professionals are white, and universities are critical for not only providing students with culturally and ethnically diverse care, but also providing opportunities for clinicians of color to serve these student bodies,” Morigney concludes.

The study is published in the Journal of Affective Disorders.

The Episcopal Church embraces sex changes for children of ‘all ages’