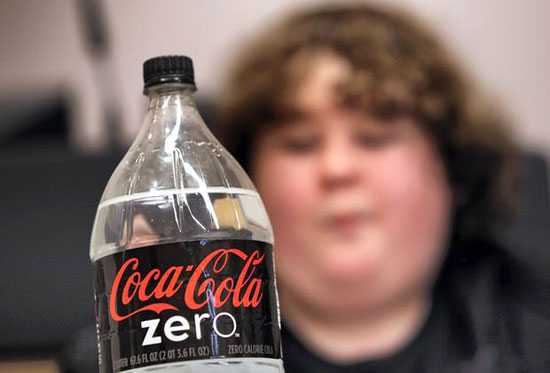 Childhood obesity is a complex epidemic, with lots of factors playing a role in the problem at the general and individual levels. Nevertheless, many weight problems can be boiled down to two driving forces: inactivity and poor eating choices.

When fingers started pointing to soft drinks maker Coca-Cola for playing a role in the problem, they decided to use science to fight back. Of course, it would be really difficult for any study, no matter how well-funded, to conclude that this sugar-laden product is healthy in any way and does not lead to weight gain, so they decided to take a far more underhanded approach.

Instead, they funded studies that place the blame for childhood obesity squarely on inactivity, ignoring the role that products like their own, clearly play in this epidemic. A paper that was recently published by the Journal of Public Health Policy sheds some light on this dishonest approach.

Researchers looked at studies carried out as part of the International Study of Childhood Obesity, Lifestyle, and the Environment (ISCOLE), which was funded using a grant from Coca-Cola of $6.4 million – a small price to pay to protect their future profits.

Not surprisingly, the ISCOLE study concluded that physical inactivity is a key predictor of childhood obesity, seemingly clearing soda consumption as a culprit. In 24 of these studies, a conflict of interest disclosure says that the study was funded by the Coca-Cola Company, but goes on to declare: “The study sponsor has no role in study design, data collection, analysis, conclusions or publications. The only sponsor requirement was that the study be global in nature.”

Unfortunately, that appears to be an outright lie as evidence uncovered by food industry watchdog U.S. Right to Know using a Freedom of Information Act request shoed. They discovered that Coca-Cola did indeed influence the design of the studies, with emails showing that the researchers and Coca-Cola reps went back and forth discussing the design of the study.

The firm’s Chief Science and Health Officer Rhona Applebaum, for example, advised ISCOLE Co-Principal Investigator Peter Katzmarzyk on which countries should be included in the study. The presentation of the results was also discussed between the parties.

It’s an upsetting finding to say the least, and it leads one to wonder just how often this sort of deception takes place with companies around the world protecting their interest. Declaring who funded the study apparently isn’t enough if firms are getting away with influencing how it is set up and presented without disclosing that influence to the public. Moreover, it skews our body of knowledge and dilutes legitimate scientific research with erroneous findings.

Professor David Stuckler of Bocconi University’s Research Centre Dodona said: “What these emails reveal is how complex conflicts of interest are and how poorly they are currently managed. There is a danger that vested interests such as Coca-Cola pollute the scientific literature with research serving a hidden agenda.”

It’s a longstanding strategy for the company, but they appear to have kicked their campaigns into high gear as people increasingly turn their backs on unhealthy food and make conscious choices to eat better.

A few years ago, Coca-Cola was caught paying nutrition and fitness experts to publish articles in favor of Coke on more than 1,000 websites.

They appear to have had quite a few takers, with one article on Patch.com penned by a “personal trainer and sports nutritionist” telling readers in an article on Heart Health Month to “look for a refreshing beverage option such as a mini can of Coca-Cola.” How can they live with themselves?

As you can see, Coca-Cola is doing its best to convince the public that its drinks, which contain such health-destroying ingredients as high-fructose corn syrup from genetically engineered corn and phosphoric acid, are perfectly fine and have nothing to do with weight gain. It seems they don’t care if they trick well-meaning parents into giving their kids products that will harm them as long as those sales keep coming in.