Conscience and Consciousness: Are They the Same?

People are more than just cells, muscles, flesh, and bones. We have a conscience and a consciousness, two dimensions that endow us with humanity. Knowing how to differentiate them will help us to understand ourselves much better. 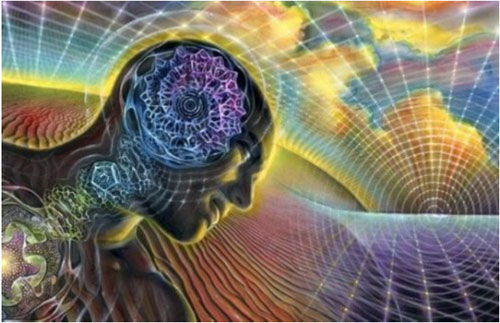 Many people believe that conscience and consciousness are the same, but that couldn’t be further from the truth. Both terms tend to confuse people around the world, especially those interested in the matter. For one, conscience is what helps us tell right from wrong. On the other hand, our consciousness refers to a state of awareness.

Molecular biologist and Nobel Prize winner Francis Crick used to say that, although it’s necessary to know how to differentiate one dimension from the other, in reality, we’ll always fall short when it comes to trying to define each one because they’re very complex.

Moreover, we can find ourselves in somewhat ambiguous situations that can lead us to great misunderstandings. Although it may seem that writers are always sure of what they publish, the truth is that they’re not exempt from making mistakes. That being said, it’s not uncommon to see authors confusing terms in their writings, which is why it’s so important to distinguish between these terms.

Let’s see the nuances and particularities that define each of these dimensions below.

Conscience and consciousness: Characteristics and particularities

If we had to use a basic and general definition to differentiate conscience from consciousness, it’d be the following: your consciousness allows you to be part of a determined reality. It’s what helps you perceive every nuance, stimulus, and internal process. This is different from conscience, which is what allows you to behave in a morally and socially acceptable way.

By reading this, some of you may think that these two terms seem quite easy to differentiate. However, it all depends on the context where you use one of the two terms. Remember that conscience and consciousness are quite subjective concepts, meaning their real meaning usually depends on what the speaker is trying to express.

Mathematician and philosopher Blaise Pascal said that our conscience was the best moral book we could ever own. Believe us when we say he wasn’t wrong about that. This dimension refers to people’s ability to be aware of their actions, thoughts, and expressions. Moreover, it’s what allows us to tell right from wrong so we can make our own decisions.

Our conscience has nothing to do with processes such as attention or perception.

Back in the day, philosophers such as Descartes and Locke tried to understand how it related, for example, to language, thought processes, and intelligence. It is also necessary to bear in mind that one of the most notable differences between conscience and consciousness is that these philosophers considered the former a “virtue”.

Thus, when we say that someone “has a great conscience”, we’re referring to the fact that they have strong moral values. We see them as an individual who lives their life according to virtues such as respect and balance. Additionally, we sometimes also say that animals show a “conscience” of their own because they carry out moral or “social” acts (so to speak) that remind us of human virtues.

Our consciousness represents more than just being wide awake and being aware of the reality that surrounds us. The father of American psychology, William James, was one of the first authors to address the differences between conscience and consciousness. As a philosopher, psychologist, and scientist, he defined consciousness through a series of characteristics: 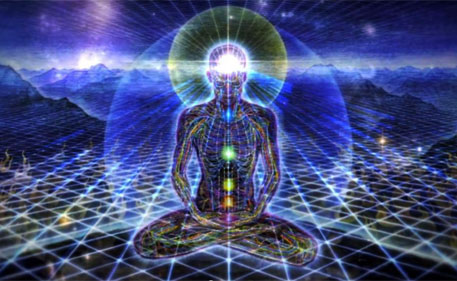 • Consciousness is subjective. It has nothing to do with ethics or morals. It’s a personal process that allows people to be aware of their thoughts and internal reality.
• It’s related to thought, which is why it’s always in constant change. Basically, it’s a continuum that never stops since it’s always processing information and attending to stimuli.
• Likewise, consciousness can also be selective. At a given moment, an individual can focus on one aspect (internal or external) to separate it from other stimuli.

Consciousness is an enigma

German-American neuroscientist Christof Koch is a leading expert in the study of consciousness and its neural foundations. In books such as The Quest for Conscience: A Neurobiological Approach, he points out that the main difference between conscience and consciousness is that the latter is still an enigma, whereas the former is related to a sense of responsibility.

Koch points out that there are two types of consciousness that we must take into account:
• Primary consciousness: It has to do with our perception, sensations, memory, thoughts, dreams, and desires. All this allows you to separate yourself from what surrounds you and build your individuality.
• Reflective consciousness: It refers to “observing one’s own mind”, knowing what you are, what you know, and what happens in your inner being.

To conclude, conscience and consciousness are as complex as they are interesting. It’s safe to say that they’re basically what makes us human. Thomas Henry Huxley said back in the day that these were the entities that made us “aware” that we’re something more than bones, muscles, cells, and skin. “The mind is like an iceberg, it floats with one-seventh of its bulk above water”, said Sigmund Freud in his turn.

Eight Ways Microbes Can Save Us From Ourselves

The Age of Tyrannical Surveillance: We’re Being Branded, Bought and Sold for Our Data

The divine call makes us seek, sooner or later, a spiritual Path and a spiritual…