Consciousness – the essential identity of the being

The nature of consciousness has been a major philosophical issue through the history of the millenary yoga system. Many yoga schools are fully in agreement with the idea of the transcendent character of consciousness, saying that it is not a product of the mind-body group and even less a simple emanation of the brain. The obvious transcendental nature of consciousness is believed to be realised in a philosophical way through itself and is most objectively verified by means of the highest yogic states of cosmic consciousness – the supra-conscious ecstasy called in yoga Asamprajnata samadhi or Nirvikalpa samadhi. 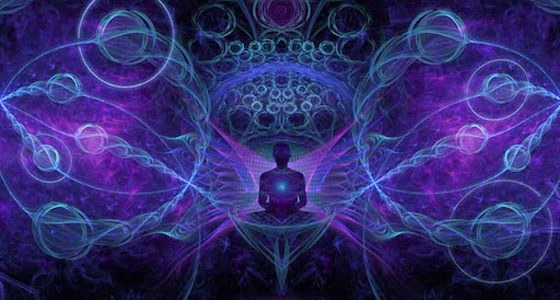 Consciousness is viewed in the yoga system as our ultimate identity. Because of this, in yoga, consciousness is also called the Immortal Self (Atman or Purusha), which is the undying spark of the spirit of God the Father and is, in its quality of eternal essence, beyond body, mind, and language.

According to non-dualistic yoga schools, this supreme consciousness (small part or spark of God) is totally blissful (Ananda) and overwhelmingly real (Sat). About it Jesus says, “Know the truth, and the truth will set you free.” It cannot be known externally, but it can be internally realised. The full realisation, or true revelation, of Atman is the alpha and omega of all forms of yoga.

The millenary tradition of the yoga system has elaborated a model of four essential states of consciousness: Jagrat, Svapna, Sushupti, and Turya, which can all be understood through Jagrata Avastha – complete awareness.

It is the common state of consciousness which uses the nineteen organs of cognition five tools of sensory perception (jnanendriya), five tools for action (karmendriya), five vital breaths (vayu), the mental or the inferior sense (manas), the individual consciousness (ahamkara), thought (chitta), and the superior intellect (buddhi)] for perceiving and measuring outside elements and aspects; it is a state that is characterised by an extroverted state of senses and thoughts. Jagrata avastha represents the perception of the four states of consciousness: jagrat, svapna (the consciousness of the state of dreaming sleep), sushupti (the state of profound, dreamless sleep) and turya (which literally means, the fourth “state”).

This state of absolute consciousness is beyond thoughts, causality or identification with the body; it is almost indescribable in its amazing greatness and depth. It is the state in which the yogi is in deep communion with Brahman (God). Mandukya Upanishad, which presents a detailed analysis of different states of consciousness, essentially describes Turya only through negations, because any assertion comprises limitation, while Brahman is un-restricted. Thus, Turya is “neither objective experience, nor subjective experience, being invisible (adhrista), incomprehensible (agraliya), undefined (alakshana), inconceivable (achintya), indescribable by attributes (avyapadeshya)”. Turya is the unique fundamental essence (pratuyaya sara) of the Immortal Godly Self (Arman), lacking all trace of development of manifestation (prapancha upashama). Its positive definition therefore describes it as “pure and fully unified consciousness, blissful, indescribable, plenary peace” that represents the true nature of Atman! 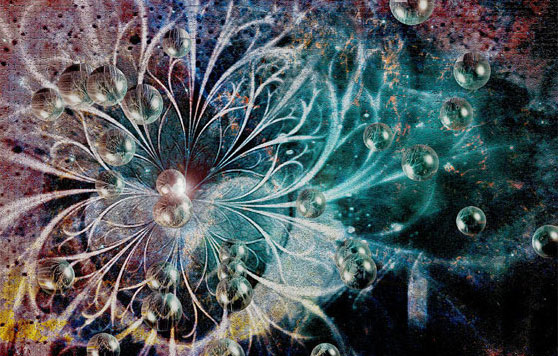 Closely related to the revelation of the Ultimate, Godly Truth we offer below a few milestones. Fundamentally speaking, first of all, consciousness is a sum of complex processes of simultaneous resonance. For every human being, consciousness is and remains a big enigma, because it is neither measurable nor quantifiable.

Shortly, we could say that consciousness is in fact a general state of awakening and reacting to many internal or external stimuli that trigger various and simultaneous processes of resonance within our microcosm. Human consciousness depends on both the integration of certain subtle, invisible vehicles (koshas), as well as the integration of the central nervous system. Consciousness allows human beings to be in a complex relationship with their own self, with the immediate and distant environment, and with the macrocosm. All vital signs, physical, mental, supra-mental, spiritual etc. depend on each other.

Considering the extraordinary opportunity to know the ultimate godly truth by revelation, we can say that consciousness allows the world to be mirrored and represented, and it makes it possible for the human being to acquire a deep knowledge, as much as possible, of the close, far or very far-off ambience; it depends on the predominant vibrating frequency of their inner universe.

Being aware means, above all, to be very carefully paying attention to what is happening here and now in your inner universe, and to see it clearly enough. It is essential to remember that consciousness is not a function among others but it actually springs from many functions. Human consciousness is much more than the sum of the parts. Consciousness is born both from complex, simultaneous processes of occult resonance that are triggered in our inner universe and from a complex and repetitive reverberation of various frequencies of energy and cycles of information (and of some of the nadis as well).

Laboratory research has shown that the human brain activity varies depending on the state of consciousness. It has therefore been found that brain activity is slower during sleep than the normal so-called ‘standby’ state, which has been a called ‘alpha’. Specialists have segmented the different states of consciousness according to the rhythm of electrical activity as alpha, beta, theta or delta. Mysterious states that are different from ‘standby’ ones are called ‘transformed states of consciousness’ – the beneficial state of trance is one of them. It shows that our consciousness plays an immense role in revealing the Ultimate Truth within.

In the Vedanta school, ‘cit’ is absolute consciousness – a concept that is very different to the Western view. While evolution in the West is based on the concept ‘I think therefore I am’, Vedanta wisely notes that we do exist even when we do not think, whether we are aware, asleep or in an ecstatic state of Samadhi.

According to Advaita Vedanta, there are no atheists or people to deny God, because even when some of them doubt the reality of God, they cannot doubt that they doubt; in order to do that they need cit (consciousness) as well. So, consciousness is exactly the reality that some people, paradoxically, come to doubt, although in reality cit is one with God or Brahman. The immense play of ideas of the internal organ (antahkarana), the creator of the world of appearances reflects only a weak glow of cit (the Supreme Godly Consciousness), which is the “intense white light, brighter than a thousand suns”!

Exerpt from the book Guru-ology

December 19, 2021 – meditation on the theme Shiva manifested as a lingam of fire