Critique of Proposed Regulations of Homeopathic Medicines and Alternative Proposals (1) 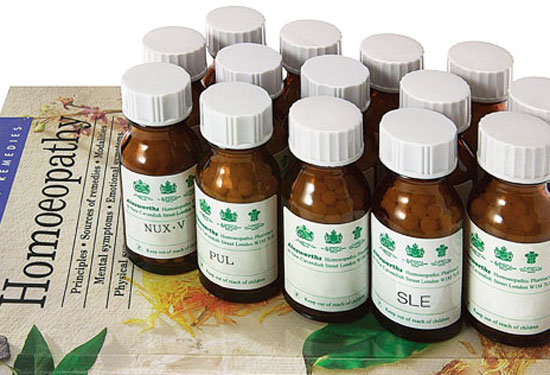 In December 2017, the U.S. Food and Drug Administration (FDA) announced their interest in protecting consumers from “potentially harmful, unproven homeopathic drugs”. The FDA is proposing to nullify its previous guidelines by which homeopathic medicines can be marketed. Instead, the FDA would deem all homeopathic medicines to be “unapproved new drugs”, which would make them subject to enforcement based on the perceived “risk/benefit” of a specific drug.

Some legal analysts and health writers initially wondered if the FDA’s proposed guidelines would mean that homeopathic medicines may become “illegal”, but the FDA has assured the American public that the agency doesn’t plan to begin requiring that homeopathic products get “drug” approval. Janet Woodcock, director of the FDA’s Center for Drug Evaluation and Research, told reporters during a teleconference that many homeopathic medicines will not be considered “high risk” and will still be available to consumers.

The FDA does not have a history of going after any Big Pharma company on the grounds that a drug “might” cause problems (some potential problems of the FDA prohibiting access to certain homeopathic medicines based on theoretical grounds are discussed later in this article). The previous FDA guidelines have been in use since 1988, and these guidelines provide specificity as to how homeopathic medicines can be marketed and sold.

In contrast, the new guidelines seem to allow the FDA to provide enforcement based on a vague and undefined “risk/benefit” that could change from one year or decade to another. Further, homeopathic medicines have an impressive record of safety, with relatively rare exceptions.
In this light, every rational and reasonably educated person should and must wonder what the motivations are behind the FDA’s interest in increased regulation of homeopathic medicine especially since these natural medicines are recognized worldwide as some of the safest medicines presently available.

Risk-based regulations make sense as a means to use limited governmental resources to help regulate access to medicines. However, homeopathy’s long-established reputation of safety far surpasses that of conventional drugs, and there is strong historical and worldwide evidence of this fact, let alone solid scientific evidence from modern toxicology. Therefore, in light of “risk-based” assessment, the regulation of and the enforcement of regulations for homeopathic medicines should be at the very bottom of the FDA’s priorities, except in the rare instances where:
• Homeopathic medicines are being marketed for serious diseases;
• They are not diluted to safe levels of an ingredient as determined by the most up-to-date evidence from toxicology;
• Evidence exists of real fraud in their manufacture or marketing.

Because of the FDA’s commitment to “risk-based” approach to regulation, the FDA should immediately stop this change in regulations on homeopathic medicines until and unless it is determined that specific products are a real danger to public health. There are instances where homeopathic medicines do pose some type of minor risk, but such instances are rare and usually so mild that it’s confusing that the FDA has made an issue of it.

A small number of Americans have reported instances of health problems that “may” have been caused by a homeopathic medicine, but despite some media claims about homeopathic teething tablets, there has not been to date a single instance in which toxic or dangerous amounts of a medicinal agent were found in these tablets. Although the FDA did report that they found “variable amounts” of belladonna alkaloids in the teething tablets, the amounts found were well within safe limits, even if an infant swallowed an entire bottle.

Further, as discussed in more detail later in this document, the common potato has more belladonna alkaloids in it than any homeopathic medicine on the market today. At a time when many regulations are being questioned and reduced, it is a bit odd that the FDA is choosing to significantly increase the regulation of homeopathic medicines, despite their 200-plus years’ history of safety. When we consider the serious problems related to drug use, it would seem that there are many other much more serious problems facing the American public:
• The opioid crisis;
• The overuse of antibiotics;
• The epidemic of polypharmacy (the use of many drugs concurrently);
• The ineffectiveness and real dangers of many prescription drugs;
• The high costs of select drugs.

These items can and should be the primary focus of public health agencies and regulatory forces. By tricking people through misdirection by drawing the public’s attention somewhere else, the magician is able to fool the audience. Likewise, the FDA is presenting itself to the American public like a clever magician, trying to draw the attention of the consumer to the “dangers” of homeopathic medicines while it ignores the much more dangerous conventional medications.

The FDA will create a major public relations problem if it chooses to drastically change the regulatory status of homeopathic medicines and will lead to a serious credibility problem for the FDA. Although the FDA doesn’t care about popularity contests, if it is more interested in improving access to safe medicinal agents, regulatory actions on the world’s safest (homeopathic) medicines will instead suggest to the world that there are other concerns that play a larger role than safety issues.

The FDA asserts that new regulation is necessary because homeopathic medicine is now such a “large” industry in the U.S., with sales amounting to $2.9 billion yearly. A more precise calculation suggests that the true figure is less than half this amount. In any case, both the real and inflated estimates still represent less than 1 percent of overall drug sales in the U.S., which are estimated to be $446 billion. 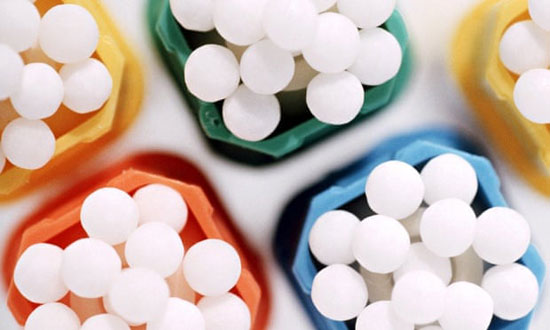 Even homeopathy’s strongest critics acknowledge that these medicines provide too low a dose to have a significant physiological effect, let alone a toxic one. Therefore, it simply cannot be true that homeopathic medicines have no physiological effect and yet are somehow toxic. Clearly, whoever is making these determinations is doing so based on factors other than good science or good public policy. The World Health Organization (WHO) published a special report, Safety Issues in the Preparation of Homeopathic Medicines, in 2009.

On Page 1, it asserts: “Adverse events occurring during homeopathic treatment are rarely attributed to the homeopathic medicine itself.” Further, a detailed review of homeopathic medicines conducted by a group of physicians and public health officials in Tuscany, Italy, found a remarkably high level of safety. They asserted that “because minimum doses are used (in homeopathic medicines), they could also be suitable for pregnant women, newborns and children.”

The fact that some homeopathic medicines contain belladonna, nux vomica, arsenic or other known poisons is meaningless because every toxicologist and scientist today understands that the dose of a substance determines whether it is dangerous or not. Modern sophisticated technologies can measure infinitesimal amounts of various substances in medicines and our environment. Serious scientists know that these substances are worthy of public-health concern only at levels where they are known to cause specific problems.

Homeopathic practitioners, patients and manufacturers support the FDA in its efforts to improve the already stellar reputation that homeopathic medicines have for safety concerns. At the same time, we do not support the FDA’s efforts to reduce access to these basically safe natural medicines, since there is inadequate compelling evidence to date that they pose real risks.

This report to the FDA will question the veracity of some of the underlying assumptions behind the FDA’s desire to make significant changes in its regulation of homeopathic medicines. However, before getting into this issue, it is important to acknowledge the good working relationship that the FDA has traditionally had with homeopathic medicine.

Homeopathic medicines have been an integral part of the FDA’s purview since 1938, when Sen. Royal Copeland of New York sponsored the famous consumer rights legislation, called the Federal Food, Drug and Cosmetic Act (FDCA), which empowered the FDA to regulate drugs. Royal Copeland was not simply a senator, he was also a medical doctor and a homeopathic physician. His efforts to empower the FDA have led to safer drugs and improved public health.

Just as medical historians acknowledge that homeopathic medicine provided appropriate critique of 19th century medicine, medical historians will thank homeopaths again for providing appropriate critique of 21st century medical care. As Mark Twain noted in Harper’s Bazaar back in 1890, “The introduction of homeopathy forced the old-school doctor to stir around and learn something of a rational nature about his business. You may honestly feel grateful that homeopathy survived the attempts of the allopaths (conventional physicians) to destroy it.”

The FDCA gave separate recognition to the Homeopathic Pharmacopoeia of the United States, as distinct from the United States Pharmacopeia National Formulary or the conventional U.S. Pharmacopeia, for a reason: Homeopathic drugs are not just “additional” drugs available to the public, but represent a different system of making and using medicinal agents. If the intent had been to regulate all drugs in the same way, the FDCA would have recognized one united compendium of drugs – but this was not the intent of this important work of legislation.

The U.S. Centers for Disease Control and Prevention (CDC) recently announced that for the first time, U.S. life expectancy has declined for the second year in a row. The primary reason for this, according to the CDC, was increased deaths from drug overdoses from various pain medications.

Ironically, a large study conducted in France and published in a conventional pharmacology journal specializing in drug safety showed that patients with chronic musculoskeletal disorders used 50 percent less conventional pain medication when under the care of a homeopathic physician.

Good evidence published in leading medical journals has shown benefit from homeopathic treatment of fibromyalgia, a musculoskeletal syndrome for which opiate drugs provide little benefit. The BMJ published a double-blind, crossover study showing efficacy from a homeopathic medicine called Rhus toxicodendron, and these results were so substantially significant that the difference in benefit between subjects given a homeopathic medicine and a placebo were P=0.005.

Further, the journal Rheumatology published an additional study that found that 50 percent of patients given a homeopathic medicine experienced a 25 percent or greater improvement in tender point pain on examination. For comparison, only 15 percent of those who were given a placebo experienced a similar degree of improvement (P=0.008). Further scientific evidence for the usage of homeopathic medicine in various pain syndromes was published in the American Association for Pain Management’s textbook, Weiner’s Pain Management.

If the FDA, other regulatory agencies, and health and medical organizations are sincere in their concern about the overuse of opiate drugs in today’s health care, then these regulatory agencies and medical organizations should encourage the increase in health care and medical professionals who are trained to use homeopathic medicines. This assertion is not to imply that homeopathic medicines should be the primary or only method of treatment for pain management but, instead, to simply include it as a part of a comprehensive strategy for this common health concern.

Research confirms: Eating a variety of real food and staying physically active is the key to lasting brain health