Critique of Proposed Regulations of Homeopathic Medicines and Alternative Proposals (2) 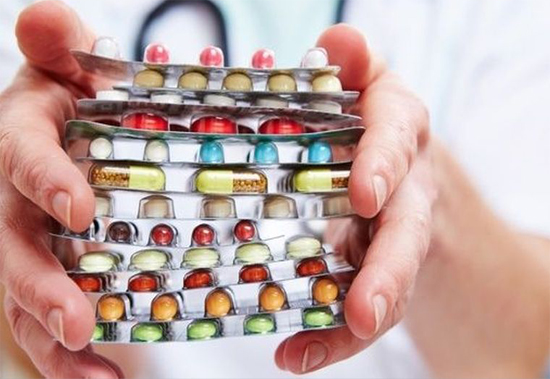 Although diarrhea is not a serious problem in the U.S., the World Health Organization considers it one of the most serious public health problems, because several million children die each year from the dehydration it causes. The study showed that children prescribed a homeopathic medicine were significantly more likely to have their diarrhea resolved than those given a placebo.

Further, two studies in which different homeopathic practitioners treated children with diarrhea in two separate countries each also found that children prescribed homeopathic medicines had their health restored significantly faster than those given a placebo. Today, the most common reason that children in the U.S. go to a physician is for the treatment of an ear infection. A randomized double-blind, placebo-controlled study prescribed individualized homeopathic medicines or placebo to 75 children.

There were 19.9 percent more treatment failures in children given a placebo. Diary scores showed a significant decrease in symptoms at 24 and 64 hours after treatment in favor of those given a homeopathic medicine. What was particularly impressive about these results was that improvement from homeopathic medicines occurred rapidly and within the first day. Hippocrates enjoined physicians to “First, do no harm”. Homeopathic and other safe, natural remedies are reasonable choices for methods that fulfill this dictum.

The newest review of homeopathic research published in Systematic Reviews confirmed a difference between the effects of homeopathic treatment and of placebo. In reviewing the “highest quality studies” the researchers found that homeopathic patients were almost twice as likely to experience a therapeutic benefit as those given a placebo.

“Five systematic reviews have examined the RCT research literature on homeopathy as a whole, including the broad spectrum of medical conditions that have been researched and by all forms of homeopathy: four of these ‘global’ systematic reviews reached the conclusion that, with important caveats, the homeopathic intervention probably differs from placebo.”

In addition to the above individual studies and the meta-analyses, the largest and most comprehensive review of basic sciences research (fundamental physico-chemical research, botanical studies, animal studies and in vitro studies with human cells) and clinical research ever sponsored by a governmental agency was in Switzerland. The Swiss report affirmed that homeopathic high-potencies seem to induce regulatory effects (e.g., balancing or normalizing effects) and specific changes in cells or living organisms.

The report also reported that 20 of the 22 systematic reviews of clinical research testing homeopathic medicines detected at least a trend in favor of homeopathy.
Because certain skeptics of homeopathy frequently assert misinformation about homeopathy by asserting that there is no good evidence that homeopathic medicines are effective, it is important, even vital, that regulatory agencies avoid relying upon partisan and biased evidence of homeopathy (additional analysis on misinformation on homeopathic research is provided below in the section on “Intellectual Dishonesty and Questionable Ethics from Skeptics of Homeopathy”).

Is There Really Evidence That Homeopathic Medicines Are Not Safe?

Admittedly, every system of healing has certain risks, though even homeopathy’s most severe skeptics assert that these medicines contain such small doses that they cannot be adequately therapeutic. Therefore, it is surprising to hear the claim that these extremely low-dose medicines can be toxic.

The FDA recently asserted that homeopathic teething tablets are dangerous due to the “variable” doses of the herb belladonna in this medicine, even though the dose in the tablets would require a newborn infant to imbibe dozens of bottles in rapid succession to achieve a dose that “might” create minor symptoms. Even at the highest level FDA found, this was still 1,000 times lower than the safe amount. Health Canada (the Canadian version of the FDA) has found these same homeopathic teething tablets to have no safety concerns.

It may seem that the FDA chose to err on the side of caution when they recommended the withdrawal from the marketplace of Hyland’s Teething Tablets due to the possibility that they may lead to seizures, but as it will be shown below, the FDA seems to have overreacted. According to the FDA, one bottle of Hyland’s Teething Tablets that was found to have the highest amount of scopolamine (an alkaloid in belladonna) had approximately 299 nanograms of it, or .00029 milligrams. 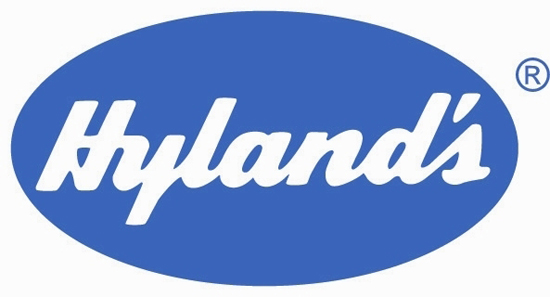 No other bottle was found to have this amount of this chemical, but even this dose is well within safe doses. Today, a commonly prescribed drug for motion sickness includes .075 mg of scopolamine for infants of 3 years of age, or the equivalent of over 250 bottles of this same Hyland’s Teething Tablets bottle! Further, seizures are not even listed as one of the common side effects of scopolamine. Instead, it is listed as one of the extremely rare side effects.

The nightshade family of plants (Solanaceae) includes both belladonna and potatoes. These plants possess a diverse range of alkaloid glucosides (alkaloids), such as tropanes (atropine) and hyoscine (scopolamine), as well as nicotine and solanine. Belladonna, for the most part, is a combination of atropine, hyoscyamine and hyoscine.

An average russet potato of 300 grams (0.7 pounds) contains 7 parts per million of belladonna. The amount of belladonna and its alkaloids found in homeopathic teething tablets were in the parts per billion or trillion, making this homeopathic medicine considerably safer than potatoes!

The FDA’s press release also expressed safety concerns about a homeopathic medicine called nux vomica. Although nux vomica is a poisonous plant that contains strychnine, every scientist and toxicologist knows that the dose of a poison is critical in determining whether it is dangerous.

Sir William Osler (1849–1919), widely known as the “father of modern medicine,” considered “hope and nux vomica” to be the two most important treatments in his clinics – and the doses he used were considerably higher than any homeopathic doses available to the public today. It is disturbing that the FDA would consider reducing the availability of this medicine on “theoretical grounds” because, as yet, there has not been a single report of a poisoning from homeopathic doses of nux vomica.

The reports from the National Poison Control Centers provide no assurance that any legally defined homeopathic drug was included in the term “homeopathic agents”. The term is not used by consumers or clinicians and may have become a generic category for whatever the consumer or the survey giver could not assign elsewhere. Although it seems that the term “homeopathic agents” was meant to include just “homeopathic drugs”, only one death and three “major” outcome problems occurred.
And due to the fact that these reports do not provide any further details about which homeopathic medicine was involved in these incidences, it cannot be assured that the medicines involved were truly “homeopathic” or not. In the National Poison Control Centers reports from 2010 to 2013 for “homeopathic agents” two years (2011 and 2013) report no deaths.

A longer period would be more representative. What about 10 years? In the other two years, a “self-claimed homeopath” gave his wife hydrogen peroxide (2010), which is not a homeopathic remedy, and one death was reported without any details (2012). The number of “major” outcome problems during the same period averaged 2.5 annually, indicating that any problems “homeopathic agents” caused were rare.

In 2017, the FDA forced Hyland’s to take their teething tablets off the market. Despite the fact that these tablets have been in the marketplace for almost a century, with a stellar record of safety, in the past decade the FDA has recorded an increase in “adverse events” associated with this medicine. From 2006 to 2009, the FDA received just four records of complaints associated with Hyland’s Teething Tablets.

However, from 2010 to 2017, 633 such complaints (or 79 per year, on average) were lodged. Further, some media reported that there were 10 deaths associated with this homeopathic medicine, but this assertion has been proven to be false. The FDA’s website noted nanodose levels of a belladonna chemical called scopolamine, and yet the U.S. government’s own database for toxic substances reports that “there are no reported fatal doses for scopolamine”.

The reports include a disclaimer: “Submission of a safety report does not constitute an admission that medical personnel, user facility, importer, distributor, manufacturer or product caused or contributed to the event. The information in these reports has not been scientifically or otherwise verified as to a cause and effect relationship and cannot be used to estimate the incidence of these events.”

Even more problematic is how the media misrepresents this information from the reporting by citizens on their experiences with various drugs. For instance, one report on the death of an infant included a note saying: “Death did not occur, box needed to be checked to proceed.”
One mother complained about her baby having “dry skin,” though she admitted it “may be due to solid food (oatmeal)”. Another baby ingested one-quarter of a bottle of teething tablets and then, two days later, the baby experienced “difficulty breathing” to which a doctor diagnosed as “croup” (a condition for which belladonna isn’t known to cause).

In some cases, the infant was taking conventional pharmaceuticals in addition to the teething product or had been recently vaccinated. It appears that if the report includes a teething product, the FDA considers that part of the evidence against it, even if something else is more likely to have caused the problem. Some of the reports against Hyland’s Teething Tablets included reference to a parent giving the infant Orajel Baby Teething Gel, which is not homeopathic and includes propylene glycol, a chemical used in brake and radiator fluids. Opinions differ as to its toxicity.

Five Things that Block the Pure State of Meditation (2)

GALT: The Best Kept Secret in the World That Could Free Humanity with Unlimited Free Energy (2)