Endgame: Disclosure and the Final Defeat of the Cabal (16) 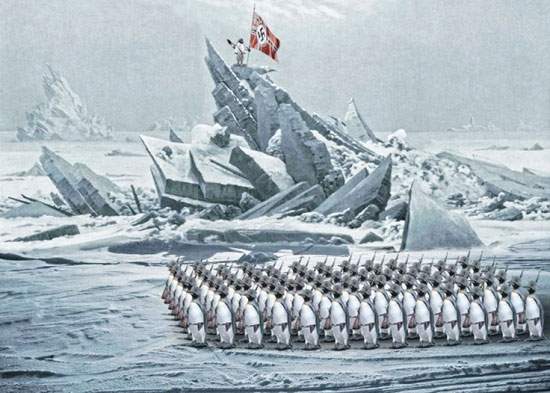 Most of the agreements have been made

Corey Goode: Things are actually moving at a snail’s pace in the background right now (December 2016).
Just about all of the things we talked about that were being negotiated between the Alliance and the Cabal have now been agreed upon… mostly.

In the meantime, prepare to see tons of elite-connected people resigning from their jobs.
They will not flee the country (USA), of course, but will “immigrate” to a safe zone out of protest of Trump being president and ruining all of their hard work, et cetera.

David Wilcock: Wow. How recently since the election did they come to a full agreement?

C: Most of these agreements were final just before the election, once the likely outcome had become apparent, but many have occurred after the election.

D: Both of these data points can and should work their way into the update so it is current. I will see to that. Losing power for this long was like a massive cosmic reset point for me.
It does make sense that the Cabal would make an agreement once they see what is happening.
However, their core teaching is “betrayal is the first rule of the order” so it is unlikely that they will ever accept any deal and actually do it.

C: I have now had well over a dozen confirmations that indeed a huge discovery was made down in Antarctica.
Indeed there are many, many types of ruins and artefacts strewn out across the continent/ group of islands and in underground facilities beneath the glacier-covered land.

D: Very cool. Did this Antarctica discovery get facilitated by icecap melting allowing new areas to be accessed, then coupled with digging, or was it just the result of excavation?

C: There was some melting but mostly years and years of excavating.
They use “Steam Blowers” to do most of their excavation of artefacts and to create new areas when they need to build, I was told.

D: They must have hit the mother lode recently if it took them years to get there. 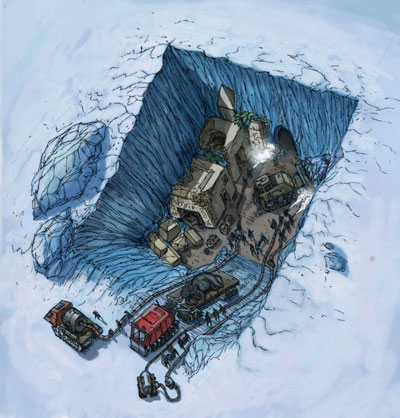 Many square miles of new ruins

D: That makes sense about the steam blowers. Are we talking about a Manhattan-sized area of buildings and working technological artefacts? That good?

C: Many square miles of ruins have been detected, with only a small percentage that has actually been excavated thus far.

D: So it’s not like the ruins were protected in some sort of dome under the ice and left undamaged.
They are all trashed up, I assume, but there are still things in there that can be pulled out. Are any of the buildings in a fairly undamaged condition?

C: They were all flattened/ crushed or knocked over by the event that flash-froze the area.
They have tons of trees/ plants and wildlife frozen in place, like they were put on pause. They are also finding many Pre-Adamite bodies.

D: Interesting. I expected that everything would have been thoroughly smashed unless there were some very unique conditions.
There will be a whole lot of giant animals – sloths, mastodons, toxodons, turtles and what so on. The biosphere was very different then.

C: That is absolutely true. They are already pulling out a variety of bodies of flash-frozen prehistoric animals. 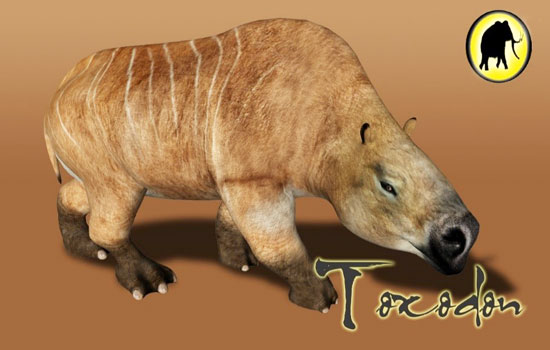 Corey is being used as a dream symbol

C: I just remembered that Ka’ Aree told me many people are having dreams of me teaching them in small classes in underground bases and in spaceships.
This is because several different “groups” are using me as an avatar in dream contact now as well as the people putting me in that place subconsciously.
That is just freaky stuff and I don’t like it. An avatar could be used of me to do anything in most dream states.

D: I know the feeling. We’ve both had thousands of people write in after images of us appear in their dreams.
We have to remind them that we are not literally traveling there, nor are we aware of what they experienced.
Dreams are symbolic and metaphorical in nature, and based on the work we are doing, these symbols usually represent people’s “transcendent aspect” in Jungian terms.

C: There is quite a lot of dream-scape communication going on from the Inner Earth groups as well as from the ETs and black-ops Government types.
People should definitely be paying close attention to whatever they remember right now.

The cabal finally have something to feel positive about

C: Most of my recent intel has been about ancient technologies and ruins that are causing a major buzz in the “elite” communities.
It is interesting that we circle back to our pre-history during this time of times, as we decide how we as a collective will finish.

D: Maybe it’s nice that the elite finally have something to feel positive about. It may make them feel better about signing a deal with the Alliance and actually not lying for once.

The discoveries have captured everyone’s attention

C: These groups are sort of in a lull between battles right now, and are all sort of focused on some of the recent discoveries.

D: They already have access to really cool stuff, but perhaps this is something that more of the earth-based groups get to enjoy. Those groups haven’t necessarily been able to see the stuff off-planet.
So it makes sense that there would be excitement even though there has already been lots of cool stuff to see.

C: This is stuff they knew or heard in myth that existed under the ice, and inside other ruins around the globe.
This is the first time anyone has had access to it in roughly ten to eighteen thousand years. So yes… they are pumped.

D: Buzz Aldrin appears to have been able to see it as well, only to then have some health issues.

C: His old heart probably about pounded out of his Mars Mission shirt. 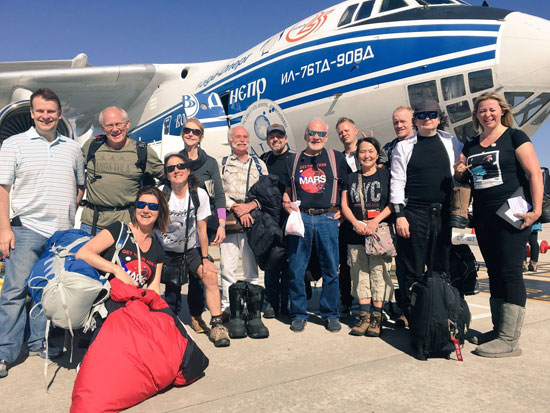 What are we going to find?

D: Are any of the buildings intact and upright enough to walk around inside of them? Any power systems are still functional?

C: It sounded like there are some that are not totally flattened above ground.
Most of the stuff is below ground in caverns. There are even more ancient sites from these Pre-Adamites that are below the ground, just like we would find a site if we did a “dig”.
So they have been doing excavations on the surface, digging below the surface as well as in cavern cities/ military complexes that belonged to this ancient group.

They are going to make it public

C: Ancient Aliens will go nuts over this stuff.

D: “Will” as in they intend to make this part of the partial disclosure fairly early along?

C: I presume so, as they are not keeping a very tight lid on these discoveries very well and it’s during a time of an agreed-upon agenda for partial disclosure.

D: Wow. That will be extremely exciting.
They probably would prefer to start with something new and Earth-based before opening it up to anything off-planet. That makes a lot of sense.

D: They are probably scrambling to remove all the “good stuff” before opening it up any further. That way, they only allow us to “discover” the things they want discovered.
So the best tech probably won’t be there.

C: Yes, in fact they have been moving major artefacts already in the giant electro-mag subs under the rift system I had mentioned before. 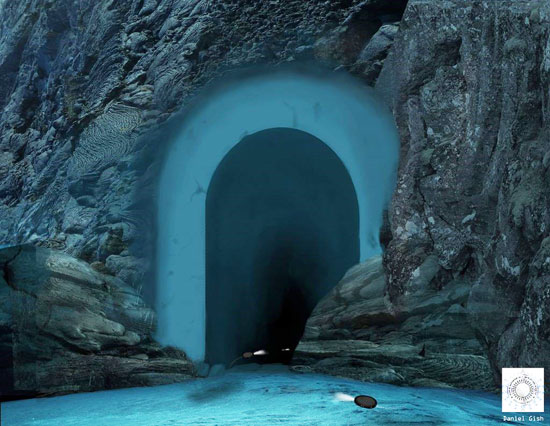 D: See, I just know too much of how this group works. Cynical from years of study, I guess.

C: Yup, their tactics have not changed for many hundreds of years. It is hard to be positive knowing all of the stuff going on in the background, but I do the best I can.

When did this all start? And what did they find?

D: Are a majority of the top Cabal people touring there at various times? And when did the discovery actually get excavated to an appreciable degree?

C: The first discoveries occurred sometime back, not sure. They had an idea of what was below the ice after doing very high-tech scans from space.
They had been excavating one site and discovered many, many others spread out across what used to be dry ground. This happened over time.

They have been studying what they are finding, and moving some of it out before bringing in various bigwigs from various secret societies.
Then they do tours like the “Cabal Disneyland” they have in the stasis chamber in Ohio.

They are continuing to excavate, but know what is around in the areas where they have cleared away the ice.
They are worried that all of the steam excavation could cause the surface of the ice shelf to collapse down on the sites they have uncovered.
I think they would have to go public in some sort of a way to go bigger on this excavation and widen it.

Why couldn’t you talk about this before?

D: Very interesting. Why was there a feeling of you not being able to discuss this before now?
You had about three months where you were alluding to this but couldn’t go into details. I don’t understand what the sensitivity factor was all about.

D: I don’t get it. They didn’t want you to be first to break the story? They want to maintain the narrative and do it their own way instead of having it leaked?

C: The SSP had operatives in place on our end. That kept some of the info from coming out sooner. The elite want to maintain the narrative.

Alliance personnel would have been compromised

D: So the SSP Alliance folks are the reason why this discovery is coming out sooner, as in now, through your leaks?

C: Yes, and all SSP and Alliance assets have been removed from the theatre.

D: Right… they had to clean it all up first.

C: Yes, they had assets in place in key labs and installations etc. All of that intel is being gathered right now.
There are tons of freaking labs down there studying all kinds of stuff.

D: I am sure there are… or at least there were.

C: Carcasses of pre-historic animals are being packed up and sent on these subs as well.