There are plenty of reasons to avoid the many COVID-19 vaccines that are being pushed on us, but Robert F. Kennedy Jr. of Children’s Health Defense recently drew attention to some of the most concerning aspects of these vaccines. 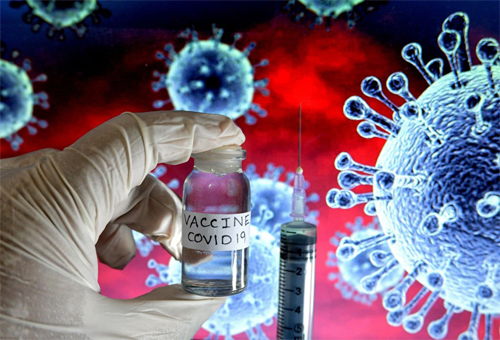 Chief among his concerns is the fact that the messenger RNA, or mRNA, vaccines are the first vaccines in history to intervene directly in patients’ genetic material and alter it, posing problems when it comes to health, ethics and morality.

These vaccines involve injecting a sequence of genetic RNA material that was made in a lab into the body, where it invades the cells and takes over their protein-generating ribosomes to produce the coronavirus’s famous spike protein that gives it the crown-like appearance that inspired its name. Then, your body should, at least in theory, be trained to fight the virus if it encounters it later. In short, these vaccines turn your body’s cells into factories that create proteins that spur a pathogen-specific immune response.

mRNA vaccines are being hailed in some quarters for their breakthrough technology, and while they do have some advantages over traditional vaccines, the fact remains that we simply do not know anything about their long-term effects. While we definitely don’t want to downplay how devastating this disease can be to a small percentage of patients, the massive vaccination campaigns that many countries around the world wish to embark upon could be putting a huge percentage of the population at risk of a slew of unknown problems.

Too many unknowns with rushed vaccines

Many experts have acknowledged that there are lots of unknown and unique risks involved in mRNA vaccines, including local and systemic inflammatory responses that may spur autoimmune conditions, cancer or organ damage. Another worry is the potential for mRNA vaccines to be maliciously deployed to trick a person’s body into attacking critical functions like cell repair, fertility and neurological function.

There’s also the fact that mRNA is extremely fragile, so some vaccines, such as the Pfizer vaccine, have to be kept at -70 degrees Celsius or the vaccine could spoil and be rendered ineffective – and those receiving the shots will really have no way of knowing if they were stored properly.

We also don’t know if people will be able to enjoy an immune response that offers enough protection from the disease; if it does, it is not clear how long any immunity would last. Individuals who get vaccinated may engage in risky behaviors because they believe they are immune when they might not actually be, and the results could be devastating.

Moreover, the genetic damage that such vaccines can cause would be irreversible and irreparable. Genetic defects simply cannot be removed from the body. Dr. Wolfgang Wodarg, a German physician and epidemiologist, said: “In fact, this ‘promising vaccine’ for the vast majority of people should be FORBIDDEN, because it is genetic manipulation!”

Vice Chair and General Counsel for Children’s Health Defense Mary Holland warned: “New vaccine technology will likely mean new kinds of vaccine injuries. Because there’s never been a licensed mRNA vaccine before, we really don’t know what injuries are going to look like. In that the vaccines were developed so quickly, with such short clinical trials, the long-term injuries are a complete unknown.”

She and others are worried that this new technology and the looser requirements for fast-track approvals, along with the general panic about the disease, is a recipe for unprecedented numbers of vaccine injuries, and many of them could be serious. The side effects of such a vaccine might take months or even years to become apparent, and by then it may already be too late for much of the population.

Masks are neither effective nor safe. 49 studies