Faster and… deadlier? What are the negative side effects of 5G technology?

It’s something that’s all around us constantly, blasting past and through our bodies completely unseen, 24 hours a day and seven days a week. Just what are the long-term health effects of ionizing radiation, especially in advanced technologies like 5G that are slated to be much more intense than anything ever before seen? 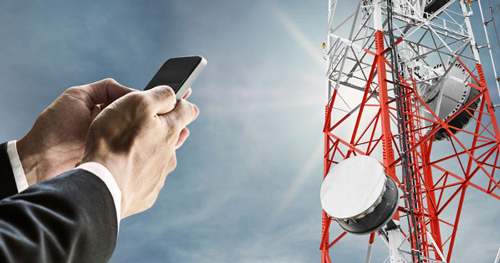 First of all, there’s simply no denying that ionizing radiation is not good for people, seeing as how the vast majority of published, peer-reviewed research has already proven it to be hazardous to human health. But what about 5G specifically?

But 5G is a whole different animal, emitting ionizing radiation in focused blasts, and way high up on the gigahertz (GHz) spectrum – which, simply put, means your body will receive unprecedented doses of ionizing radiation all day, every day.

According to Peter Paul Parker, a contributor at Waking Times, the 60 GHz broadcasting spectrum on which 5G is set to operate will affect the human body in a whole different way from previous “Generation” iterations, specifically with regard to the way that it’s expected to interact with the body’s oxygen molecules.

“What happens at the molecular level when you have oxygen molecules being bombarded with radio frequency emissions at 60 gigahertz? It affects the orbital properties of the electrons, and the haemoglobin’s ability to bind to the oxygen molecules. This is absolutely horrific and psychotic,” he explains, noting that the human body can’t survive longer than about three minutes without oxygen.

For more news about the dangers of ionizing radiation and 5G, check EMF.news.

Scientist warns that 5G is the same technology as HAARP

Parker further contends that, based on the testimony of at least one scientist, 5G is basically the same technology used by HAARP, the shorthand name for the government’s High Frequency Active Auroral Research Program.

HAARP is believed to be the technology behind geoengineering programs involving weather manipulation. HAARP is also associated with mass mind control, as researched at length by Dr. Nick Begich.

“HAARP will zap the upper atmosphere with a focused and steerable electromagnetic beam,” Dr. Begich stated in a past episode of the Natural News Talk Hour with host Jonathan Landsman.

“It is an advanced model of an ‘ionospheric heater.’ The ionosphere is the electrically-charged sphere surrounding Earth’s upper atmosphere. It ranges between 40 to 60 miles above the surface of the Earth.”

In much the same way, 5G will apparently “heat” the insides of people’s bodies, directing ionizing radiation at cells and turning them into tiny antennas capable of re-transmitting RF signals – making the human body a living, breathing 5G transmitting “tower.”

“This technology is already being used not only by the Military Industrial Complex, but by the American Police,” warns Parker. “It is used to disperse crowds.”

“When this technology is directed at a human body, you feel like your skin is on fire. Do you really want this kind of technology on every lamp post in your living area? If this is not ringing alarm bells with you already, then unfortunately you are one of the sleeping masses.”

It’s not too late: Your mission, if you choose to accept it