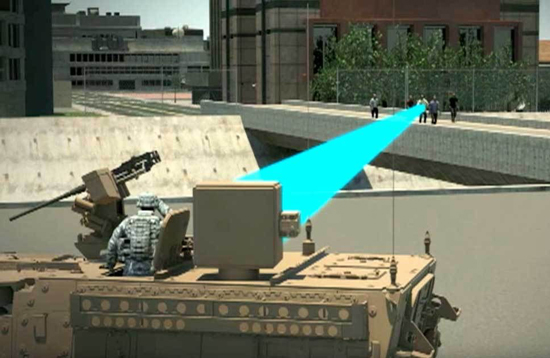 We are sharing this information to help you follow a logical train of thought about the potential of using 5G technology and smart meters for weapon-like purposes.

1. The higher the frequency, the shorter the wavelength. This means that the military use of 95 GHz frequency involves radio waves that are quite short. They are in the 1-millimeter frequency band, which generally ranges from 30 GHz to 300 GHz. Because they are short, they cannot travel as far as longer length waves. They also are less able to penetrate objects. This is why it is claimed that they can only penetrate human skin to a depth of 1/64 of an inch.

2. The microwaves that are used for 5G communication are usually in the 28 GHz and 38 GHz frequency bands, though testing has also been done in the 78 GHz frequency band. As far as we know, exposure to these frequencies do not heat human bodies, because the microwave density is much lower than military microwave weapons. Density refers to the amount of radiation that passes through a square centimeter or square meter in a second. The higher the density the greater the potential for doing harm.

3. Microwave ovens use microwaves that are around 2.8 GHz. These are longer waves than those used in 5G. As we know, they penetrate food easily and when the density is high, they cook the food. Most of the microwave activity is contained in the cooking chamber so that the microwaves won’t cook the human beings who use the ovens. Though it should be understood that almost all microwave ovens leak microwave radiation, which is a health risk for people who stand close to them.

4. Microwaves used for Wi-Fi routers are also in the same range as microwave ovens, though the density of their transmission is much lower. Their health risks come from the fact that the microwave radiation is constant and has longer wave lengths than 5G. These microwaves can penetrate into the body and produce cellular changes.

5. Cell phones and smart meters operate at various frequencies that are in the range of 2.8 GHz down to 900 MHz. This means their microwave radiation can penetrate even deeper into the body. Because of the proximity effect, cell phones can produce a heating effect in the skull and brain when they are held up to the ear.

6. If you wanted to use a cell phone to cook food, then it would be necessary to increase the microwave density produced by the phone. If you did this it would cook your hand when you held it. This is why cell phone manufacturers keep the density high enough to reach cell towers but low enough to not cook the brains of users too much when they hold a cell phone next to their ear.

7. In practical terms the difference in wave length between the telecom’s 38 GHz and the military’s 95 GHz is not that great since this is all in the 1-millimeter frequency band. The factor that differentiates a weapon from a cell tower is primarily microwave density.

8. Since frequencies in the range of 28 to 38 GHz can’t travel as far as lower frequency transmissions, it is necessary to place the cell towers much closer together. This is why the proposed implementation of the 5G system in California will require the addition of 50,000 new cell towers to make the 5G system operational. The cell towers could be as close as 100 to 300 meters apart.

Putting the Facts Together – Potential Outcomes of 5G Technology

Now, this is where it gets very interesting. What would happen if the density of 5G cell tower transmissions could be jacked up to a much higher density level? Could 5G technology become a directed energy weapon? Instead of sending a beam of low density microwave radiation toward you and your cell phone or toward you and the GPS system that is built into many automobiles, could the system be adjusted to send a much more powerful beam of high density microwaves toward you or a crowd of people such as is done with the U.S. military’s Active Denial System?

It is unlikely that 5G antennas could produce the microwave density of the military’s ADS weapon without burning themselves up, because of their small size and physical design. However, all electromagnetic radiation produces an effect on the human body.
What impact will the slightly longer microwaves from 5G have on us when they penetrate more deeply into the body than the 95 GHz of the military’s Active Denial System?

We have very little data at this point to inform us of what exposure in the 28 GHz, 38 GHz or the 95 GHz range will do to human life in the long-term. All we know at this point is that microwave radiation from devices in the 900 MHz to 3 GHz frequency range can cause many symptoms of distress and illness as described in my previous articles.

Telecom companies that are promoting 5G and utilities that are using smart meters continue to claim that their microwave technology is harmless, but this is false information. Even the military indirectly admits that there are some risks associated with their active denial microwave weapon, though they don’t define what they mean by “minimal risk”.
People are harmed by persistent electromagnetic frequencies such as microwaves whether they know it or not, and highly sensitive people are very aware of how it degrades their functioning.

Weapons Don’t Have To Kill To Cause Harm

What would happen if a 5G tower directed a microwave beam at someone 24-hours per day whether or not they were using their cell phone? What if they increased the density of the microwave beam and directed it at someone’s bedroom, so that their ability to sleep was disturbed and their ability to enter into normal biological rest and repair was stopped? What if the microwave stream was intentionally randomly pulsed like a smart meter? What would happen to someone’s heart if the constant microwave activity continually disrupted normal heart rhythm? What would it do to increase the likelihood of developing some form of heart disease or cancer?

How would long-term sleep deprivation affect one’s cognitive processes? Could sleep deprivation drive someone into some type of mental illness? Sleep deprivation is one of the tools used by mind control agents to break a human being so that they can be easily programmed to carry out the will of another person.
Inadequate sleep also can set in place a pattern of declining health, which eventually leads to life-threatening illness.
If microwave technology becomes weaponized, undoubtedly it will be claimed as a use against criminals and terrorists.

But could people who publicly disagree with the plans that the government is making for America, such as those who oppose mandatory vaccinations for example, become targets of a silent form of microwave attack from 5G towers – attacks that disrupt sleep, immune system functioning, normal body rest and repair, cognitive activity, and emotional balance?

What if the smart meter in anyone’s home or office could be programmed to deliver an intentional pattern of pulsing microwave radiation with the intent of producing damage to someone’s heart? How much damage could be produced over a period of months or years? Could this push someone towards having a coronary episode such as a fatal heart attack? Some doctors think so.

Would the real cause of death ever be identified? From the standpoint of an autopsy, death from a heart attack would probably be called death by natural causes. Pathologists do not look for signs of constant microwave exposure as a cause of death, because people in the medical community are taught to believe that electromagnetic frequency radiation and specifically microwaves produce by smart meters and 5G cell towers are harmless.

People are responsible for paying attention to our rights of privacy and our rights to be free from having weapons used against us when we are not violating the law. They are part of our civil rights.

The risk of ignoring threats to our privacy and the danger of retaliation against our bodies and our minds from weapon systems embedded in 5G cell towers and smart meters should not be dismissed as a “conspiracy theory”.
The plan to literally blanket the world in 5G radiation in the one-millimeter bandwidth and to have receiving and transmission nodes in the form of smart meters on every home and office in America and then the rest of the planet are established facts.

It is not conspiracy theory to point out these facts and to point out how this technology is violating the Constitution.
Asserting our constitutional rights to be protected from unauthorized intrusion into our privacy, to be free from having our bodies assaulted by a constant flow of microwave radiation, and to be free from retaliation for the truth we speak is a matter of true patriotism.
Therefore, it is a patriotic act to rally around the Constitution and to seek to preserve the freedoms it provides. May we all be patriots when it comes to 5G and smart meters!

TERRAFORMING has begun: ‘Global dimming’ is a plot to exterminate humanity…

10 of the most memorable acts of civil disobedience in history