Ancient Wisdom and Modern Holistic Remedies for Improving Your Health 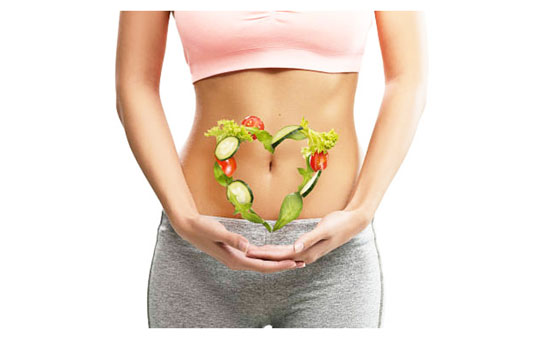 It is no coincidence that both Traditional Chinese medicine and Ayurveda, arguably the two oldest systems of medicine on the planet, consider digestion to be one of the key factors influencing our health. These forerunners of modern medicine discovered through thousands of years of clinical practice and observation that a very direct link exists between a person’s digestive health and their physical and mental wellbeing.

In fact, some of the more radical Ayurvedic doctors go so far as to not even acknowledge the presence of individual diseases, believing that all imbalances in the body stem from digestive problems and faulty diet in one form or another. Patients are treated with a combination of specific herbs and dietary therapies aimed at strengthening and healing the digestive tract and any underlying digestive problems, quite frequently with remarkable success. While this may be a ‘fringe’ point of view to some, the fact is that it highlights the foundational role that digestion plays in our overall health and wellbeing.

Modern nutritional research has in large part validated this ancient knowledge, confirming that diet does indeed play a major role in health. So much so, in fact, that we have been led to believe by many well-meaning nutritionists and doctors that eating whole, organic, unprocessed food is the single most important thing we can do to improve our overall health. And, they are right: whole, unprocessed foods are truly essential for lifelong health. However, in reality, this is only half of the ‘health equation.’

As you may have guessed, digestion is the other piece of the puzzle, equally important and yet rarely acknowledged. The quality and strength of your digestion governs the ability of your body to properly absorb the nutrients from the food you are eating. Without a healthy, well-functioning digestive tract, free of digestive problems, even the best dietary habits will do you little good as your body struggles to process the essential nutrients locked away in your food. The fact is that if you cannot fully assimilate what you eat, you will invariably experience disease and unnecessary suffering regardless of any other measures taken towards maintaining and improving your health.

“Let food be thy medicine.” – Hippocrates

In the West, most people are not absorbing all the potential nutrition from the foods they eat, due to varying levels of deficient digestion and underlying digestive problems. When you see the nutrition facts panel that lists what various vitamins and minerals are in the food you are eating, it is tempting to think that you simply absorb it all when you consume that food. But it was not until studying Ayurveda and Chinese Medicine that people learned not all of the nutrients we eat are absorbed unless our digestion is operating at its peak.

In cases of deficient digestion and deeper digestive problems, as little as half (in severe situations, even less) of what we consume in terms of actual nutrients – vitamins, minerals, protein (amino acids) – is actually assimilated into our bloodstream and used by our bodies. This is due to the less-than-ideal state of the digestive tract in most individuals nowadays, which arises from the detrimental eating and lifestyle habits that have become commonplace in Western culture.

As a society, we are collectively becoming more aware of the relationship between what we eat and our health, which is a major step in the right direction. However, we have a tendency to incorrectly vilify certain foods, when the real culprit is not the foods themselves, but underlying digestive problems.

For example, the number of people claiming to have gluten intolerance has reached epidemic proportions; but only a handful actually have a medically diagnosable allergy to gluten known as Celiac disease. For those diagnosed with Celiac disease, it is truly life threatening to consume wheat and other gluten-containing products. The rest of the ‘gluten-intolerant’ population simply experiences mild-to-severe discomfort and digestive problems when consuming gluten-containing grains, the reason for which is believed to be the gluten itself.

Gluten is a protein found in high concentrations in modern, hybridized varieties of wheat and other similar grains (such as rye, barley and spelt) that can irritate the digestive tract of sensitive individuals. However, it has been my experience that, in most cases, the true culprit is not the gluten itself, but undiagnosed digestive problems.

“We have a tendency to incorrectly vilify certain foods, when the real culprit is not the foods themselves, but deficient digestion and underlying digestive problems.

For years, I experienced many of the telltale signs and symptoms of gluten intolerance: headaches, bloating, dizziness, pain in the digestive tract and generally feeling terrible after eating wheat or other gluten grains. And yet, that all changed once I began to heal my digestive tract and the underlying digestive problems using many of the guidelines that will be revealed later in this article, based primarily on Ayurvedic and Traditional Chinese Medicine.

After a few months of concerted effort, I was able to eat wheat and other gluten grains with no ill effects whatsoever.

Let me be clear that I am not denying the existence of Celiac disease or saying that gluten is harmless. Wheat and other gluten-containing grains are definitely some of the most irritating foods for the digestive tract and anyone working to heal their digestive problems is advised to avoid them for some time.” Justin Faerman

However, they typically only become a problem for most people when they are concurrently experiencing deficient digestion. Eaten in moderation, organic, minimally hybridized wheat is a particularly healthy food. Few know this, but wheat is perhaps the most nutrient dense of all grains and, furthermore, has been a mainstay of the human diet for thousands of years.

One of the primary reasons people develop digestive problems is simply that they lack a basic understanding of how the digestive process operates. Armed with this knowledge, it becomes quite easy to identify if a given food or lifestyle choice will create digestive problems or support strong, healthy digestion.

Discover powerful insights and techniques for creating radiant health, happiness, prosperity, peace and flow in your life and relationships.

Digestion actually begins in the mouth. The act of chewing food mixes it with our saliva; rich in digestive enzymes, saliva begins to break down the food even before it reaches our stomach. Therefore, the first step in improving your digestive problems is to chew your foods thoroughly – a good starting point is at least 20 times per bite. More is ideal, but to be practical, this is probably unreasonable for most people. At first you might have to count to get an idea of the general amount of time 20 ‘chews’ takes, but it will quickly become second nature and eventually a habit.

Once food is swallowed, it enters the stomach, which then secretes hydrochloric acid and various enzymes to further digest and break down the food. This is another critical juncture at which digestive problems frequently arise because many of us have the habit of drinking and eating simultaneously. While a few sips of liquid with meals is harmless, larger amounts begin to dilute the concentration and effectiveness of the hydrochloric acid-enzyme mix and can severely interfere with the digestive process, causing food to enter the intestines without being properly broken down, which creates digestive problems. This can lead to gas, shooting pains and sub-clinical nutrient deficiencies, among other things, as the body struggles to release the vitamins and minerals locked away in the undigested pieces of food. 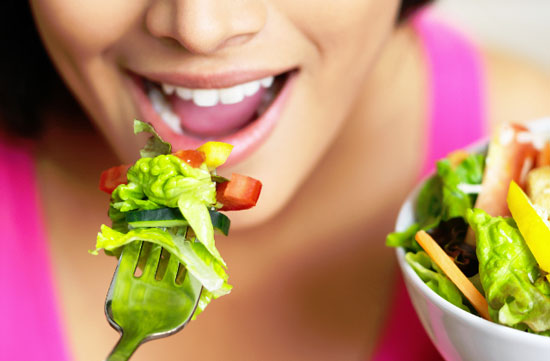 Many Ayurvedic and Traditional Chinese Medicine doctors recommend abstaining from any beverages for up to 2 hours after a meal, but a more reasonable time frame is at least 30 minutes, and an hour if you can swing it. Again, a few sips is not usually an issue, but drinking more than that could be highly counterproductive, especially if you are trying to rebuild your digestive strength and heal your digestive problems.

As food leaves the stomach and enters the intestines, the pancreas releases enzymes that, along with the beneficial bacteria and microorganisms in the bowels, begin to break it down even further. These beneficial bacteria (also known as probiotics or intestinal flora) are in a delicate balance but are rather resilient if we eat well and abide by the digestive best practices outlined by Ayurveda, Traditional Chinese Medicine and summarized in this article. However, there are some very common things that we do that absolutely decimate this natural symbiosis and are responsible in large part for the epidemic level of digestive problems we face in the West.

By far, the most serious problem is the use of antibiotics. Even as little as one pill can majorly disrupt the digestive tract and kill off an alarming amount of the essential good bacteria that are so intricately linked to our digestive ability and health. The problem with pharmaceutical antibiotics is that they are nondiscriminatory, meaning that they simply kill all intestinal bacteria, good or bad. This may alleviate symptoms in the short term but leaves the door wide open for opportunistic pathogens to take advantage of the serious lack of endogenous, immune-enhancing good bacteria left in the wake of antibiotic use, which very quickly leads to serious digestive problems.

Instead of pharmaceutical antibiotics, it is far safer and equally effective to use natural antibiotic medicines that destroy harmful, disease-causing bacteria but leave your essential, beneficial bacteria unharmed and perhaps even strengthened. As a first line of defense, colloidal silver and oil of wild oregano are excellent, time-honored choices.

The Brain in Your Belly

Most people are not aware that a major portion of our nervous system is located in our intestines, also know as the ‘enteric nervous system’ by doctors or, more commonly, as our ‘second brain.’ In fact, more than 90% of the body’s serotonin is produced in the gut, as well as about 50% of the body’s dopamine. Furthermore, your intestines produce and co-regulate 30 other neurotransmitters identical to those found in your brain and are used by your central nervous system to regulate mood, stress levels, sleep patterns, mental functioning and any number of other essential body processes.

As you can imagine, an imbalanced, damaged or poorly functioning digestive system – whether that is due to antibiotic use, diet and lifestyle or simply overconsumption of irritating foods – interferes with the functioning of this second brain and has been implicated in depression and other mood disorders, immune system disruption and many other common diseases. Although this enteric nervous system was unknown to Ayurvedic and Traditional Chinese Medicine doctors thousands of years earlier, they clearly recognized that digestive problems affected the whole person – mentally, physically and spiritually.

Study Reveals Yet Another Reason to Limit Kids’ Screen Time