Microwave sickness, or electrosensitivity, can be traced back to World War II and the development of radar. Early reports of the “syndrome” came from Eastern Europe and Soviet bloc countries, as individuals exposed to electromagnetic fields (EMFs) complained of a wide range of mysterious neurological conditions, including frequent headaches, fatigue, poor memory, an inability to concentrate, and emotional instability. 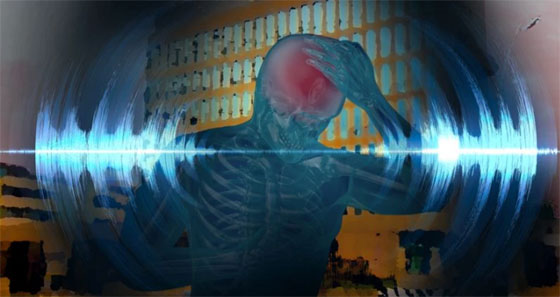 While the West has long described these symptoms as being as a “psychological issue,” new evidence suggests that electrosmog – similar, say, to a biological weapon or the CIA’s conscience control program – is being used to cause harm and spread fear and confusion. A recent report by the National Academies of Sciences confirms that the mysterious neurological symptoms experienced by American diplomats in China and Havana were likely caused by pulsed microwave energy.

WARNING: Is pulsed radio frequency being used as a weapon?

A loud sound, an “acoustic attack,” and then pressure in the head, dizziness, an unsteady gait and visual disturbances. That’s how many of the 40 U.S. diplomats, state workers, and other government employees described their experience in China and Havana.

And it begs the question: was the RF energy in China and Havana delivered intentionally, by a weapon, or did it somehow occur in a less malevolent and more natural way? Is RF energy being used as a modern, post-Cold War weapon or is the world simply throbbing with too much dangerous electrosmog?

Exposure to microwave radiation comes from all sorts of common wireless sources, including cell towers, utility “SMART” meters, Bluetooth, activity trackers, Wi-Fi routers, wireless charges, and cell phones. In 2019, the World Health Organization issued warnings that high levels of Electromagnetic Frequencies (EMF) in 1st world countries could affect 30% of the population. It makes sense, considering in 2018 The Lancet reported that electromagnetic radiation had increased one quintillion times in the last decade.

When it comes to the EMF issue, the government has long erred on the side of caution and downplayed the safety risk. With numerous contradictory and inconclusive reports about the invisible pollutant, many physicians, too, have refused to join the debate. Maybe the report from the National Academies of Sciences will modify that.

While many of the embassy and government workers in China and Cuba have recovered from the mysterious event, several others continue to have unpleasant and disturbing symptoms. U.S. Senator Jeanne Shaheen, a senior member of the Senate Foreign Relations and Armed Services Committees, said, “The health effects from these mysterious injuries have tormented those afflicted. Their illnesses and suffering are real and demand a response from Congress.”

Until there’s a response from Congress, consider protecting yourself from microwave sickness by taking the following steps:
– Limit cell phone use and use a corded landline
– Throw away those cordless phones, many of them are worse than cell phones
– Avoid wireless wearables such as watches and fitness devices
– Don’t allow or opt out of “SMART” meter programs for your home
– Get rid of or (at the very least) turn off your Wi-Fi router at bedtime
– Consider purchasing an EMF monitor to measure the levels around you
– And, of course, stay away from wireless “hot spots,” as much as possible.

On a final note: Besides avoiding the obvious health threats of excessive EMF (microwave) radiation, try to get grounded as much as you can. Walk barefoot at the beach or a park. Or, simply sit outside with your feet in the grass for about 30 – 45 minutes. This will do wonders for your overall health.

The inanity of RNA vaccines for Covid-19 (I)