Is laziness a choice or genetic trait?

Study identifies a specific gene in rats that relates to physical inactivity. The gene could play a role in human sedentary behaviors. 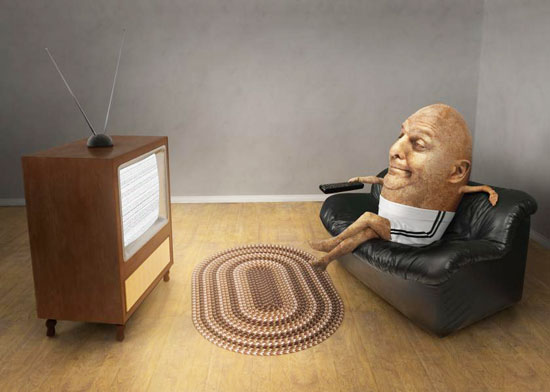 Regular physical activity is a crucial part of living a healthy lifestyle. However, a majority of Western adults spend their waking hours sitting, which leads to a variety of health issues such as obesity, cardiovascular disease and cancer.

Now, a researcher from the University of Missouri has identified a specific gene related to physical inactivity in rats that could potentially play a role in sedentary behavior in humans as well.

“Previous research has shown us that genes play some role in physical inactivity,” said Frank Booth, a professor in the MU College of Veterinary Medicine.
“As inactivity leads to chronic disease, we wanted to identify which genes were involved and discovered one in particular, the Protein Kinase Inhibitor Alpha gene, that played a significant role.”

In 2009, Booth took 80 male rats and bred them with 80 female rats. He then placed the rats in voluntary running wheels, similar to those sold in pet stores, and tracked which rats ran the most and least. Over the past decade, Booth selectively bred the highly active rats with each other as well as the “lazy” rats with each other to determine if there is a difference in their genetic makeup. Booth found that the Protein Kinase Inhibitor Alpha gene was significantly less present in the “lazy” rats.

“What makes gene therapy difficult is that most chronic diseases are not caused by just one gene,” Booth said. “For example, there are more than 150 gene variations involved in type 2 diabetes. However, this study is paving the way for future research to identify other genes that might be involved in physical inactivity in humans as well.”

Now, a researcher from the University of Missouri has identified a specific gene related to physical inactivity in rats that could potentially play a role in sedentary behavior in humans as well. The image is in the public domain.

According to U.S. government data, costs associated with physical inactivity total $138 billion and account for more than 11% of total health care expenditures. In addition to the financial benefits of a more physically active society, Booth says a better understanding of genetic makeup could help public health officials see physical inactivity as a crucial priority to address.