Is There Another ‘You’ Out There In A Parallel Universe?

One of the most exciting and enticing topics to speculate about is the idea that our reality — our Universe the way it is and the way we experience it — might not be the only version of events out there. Perhaps there are other Universes, perhaps even with different versions of ourselves, different histories and alternate outcomes, than our own. When it comes to physics, this is one of the most exciting possibilities of all, but it’s far from a certainty. Here’s what the science actually says about whether this could be true or not. 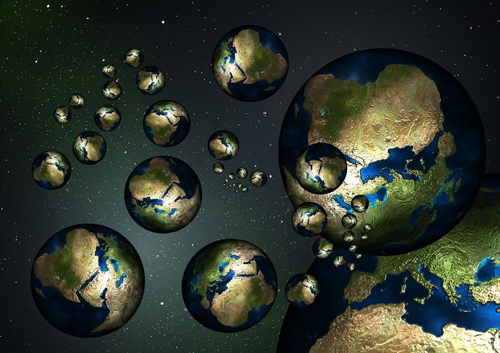 A representation of the different parallel “worlds” that might exist in other pockets of the multiverse.

The Universe, as far as the most powerful telescopes can see (even in theory), is vast, huge and massive. Including photons and neutrinos, it contains some 10^90 particles, clumped and clustered together into hundreds-of-billions-to-trillions of galaxies. Each one of those galaxies comes with around a trillion stars inside (on average), and they’re strewn across the cosmos in a sphere some 92 billion light years in diameter, from our perspective. But, despite what our intuition might tell us, that doesn’t mean we’re at the center of a finite Universe. In fact, the evidence indicates something quite to the contrary. 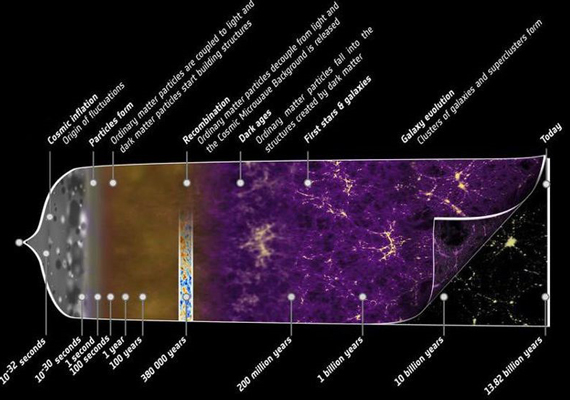 The reason the Universe appears finite in size to us — the reason we can’t see anything that’s more than a specific distance away — isn’t because the Universe is actually finite in size, but is rather because the Universe has only existed in its present state for a finite amount of time. If you learn nothing else about the Big Bang, it should be this: the Universe was not constant in space or in time, but rather has evolved from a more uniform, hotter, denser state to a clumpier, cooler and more diffuse state today. 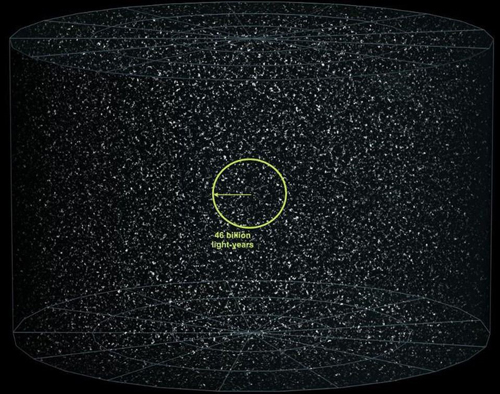 This has given us a rich Universe, replete with many generations of stars, an ultra-cold background of leftover radiation, galaxies expanding away from us ever-more-rapidly the more distant they are, with a limit to how far back we can see. That limit is set by the distance that light has had the ability to travel since the instant of the Big Bang.

But this in no way means that there isn’t more Universe out there beyond the portion that’s accessible to us. In fact, from both observational and theoretical points-of-view, we have every reason to believe there’s plenty more, and perhaps even infinitely more. Observationally, we can measure a few different interesting quantities, including the spatial curvature of the Universe, how smooth and uniform it is in both temperature and density, and how it’s evolved over time. 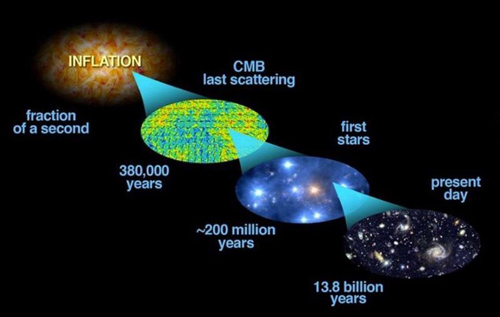 Inflation set up the hot Big Bang and gave rise to the observable Universe we have access to, but we can only measure the last tiny fraction of a second of inflation’s impact on our Universe.

What we find is that the Universe is most consistent with being spatially flat, with being uniform over a volume that’s much greater than the volume of the piece of the Universe observable to us, and therefore probably containing more Universe that’s very similar to our own for hundreds of billions of light years in all directions, beyond what we can see. But theoretically, what we learn is even more tantalizing. You see, we can extrapolate the Big Bang backwards to an arbitrarily hot, dense, expanding state, and what we find is that it didn’t get infinitely hot and dense early on, but rather that — above some energy and before some very early time — there was a phase that preceded the Big Bang, and set it up.

That phase, a period of cosmological inflation, describes a phase of the Universe where rather than being full of matter and radiation, the Universe was filled with energy inherent to space itself: a state that causes the Universe to expand at an exponential rate. This means that rather than having the expansion rate slow as time goes on, at having distant points recede from one another at ever slower speeds, the expansion rate doesn’t drop at all, and distant locations — as time goes on incrementally — get twice as far away, then four times, eight, sixteen, thirty-two, etc. 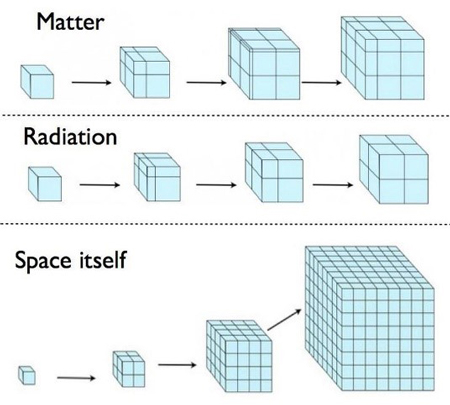 Image of how spacetime expands when it’s dominated by matter, radiation or energy inherent to space itself.

Now, obviously the Universe didn’t continue to expand in this fashion forever, because we’re here, and so inflation had to end, setting up the Big Bang. We can think about inflation as occurring at the top of a very flat hill, like a ball rolling slowly down it. As long as the ball remains near the top of the hill, rolling slowly, inflation continues, and the Universe expands exponentially. Once the ball rolls down into the valley, however, inflation ends, and that rolling behavior causes the energy to dissipate, converting the energy inherent to space itself into matter-and-radiation, taking us from an inflationary state into the hot Big Bang. 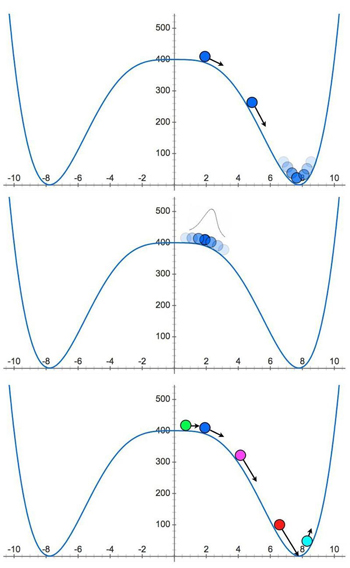 Even though inflation may end in more than 50% of any of the regions at any given time (denoted by red X’s), enough regions continue to expand forever that inflation continues for an eternity, with no two Universes ever colliding.

Now, that’s what we do expect, based on the known laws of physics and the observables that exist in our Universe to tell us about the inflationary state. That said, we don’t know quite a few things about this inflationary state, and what this does is bring up a huge number of both uncertainties and also possibilities:
1. We don’t know for how long the inflationary state lasted before it ended and gave rise to the Big Bang. The Universe could barely be larger than the part observable to us, it could be many ridiculous orders of magnitude larger than what we see, or it could be truly infinite in scale.
2. We don’t know if the regions where inflation ended are all the same, or whether they’re vastly different than our own. It’s conceivable that there are (unknown) physical dynamics that cause things like the fundamental constants — particle masses, strengths of forces, the amount of dark energy — to be exactly what they are for us in all regions where inflation ends. But it’s also possible that different regions where inflation ends, what we might consider different Universes, have arbitrarily different physics.
3. And if the Universes are all the same as one another as far as physical laws go, and if the number of these Universes is truly infinite, and if the many-world interpretation of quantum mechanics is completely valid, does that mean that there are parallel Universes out there, where everything in it evolved exactly the same as our own Universe did, except one tiny quantum outcome was different?

In other worlds, would it be possible that there’s a Universe out there where everything happened exactly as it did in this one, except you did one tiny thing different, and hence had your life turn out incredibly different as a result?
Where you chose the job overseas instead of the one that kept you in your country?
Where you stood up to the bully instead of letting yourself be taken advantage of?
Where you kissed the one-who-got-away at the end of the night, instead of letting them go?
And where the life-or-death event that you or your loved one faced at some point in the past had a different outcome? 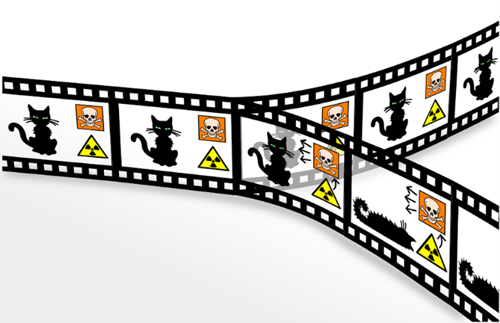 The idea of parallel Universes, as applied to Schrödinger’s cat.

It’s an incredible notion: that there’s a Universe out there for every outcome that’s conceivable. There’s one where everything with a non-zero probability of having happened is actually the reality in that Universe. But there are an awful lot of ifs that are mandatory to get there. For one, the inflationary state must have happened for not just a long amount of time — not just for the 13.8 billion years that our Universe has been around — but for an infinite amount of time. 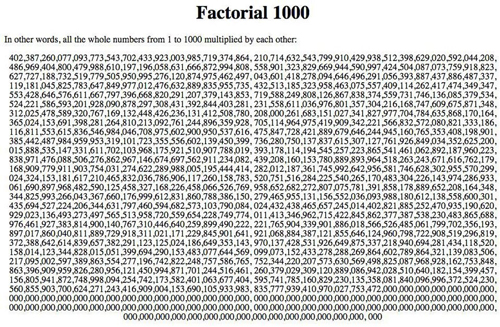 There are 10^90 particles in each Universe, and we need for all of them to have the exact same history of interactions for 13.8 billion years to give us a Universe identical to our own, so that when we choose one path over another, both Universes still wind up existing. For a Universe with 10^90 quantum particles in it, that’s asking an awful lot — for fewer than 10^10^50 possibilities to exist for how those particles will interact with one another over 13.8 billion years. The number you see above, for instance, is just 1000! (or (10^3)!), or 1000 factorial, which describes the number of possible permutations there are for 1000 different particles to be ordered at any instant in time. Consider, mind you, how much bigger this number is — (10^3)! — than (10^1000) is.
(10^3)!, for those of you wondering, is more like 10^2477. 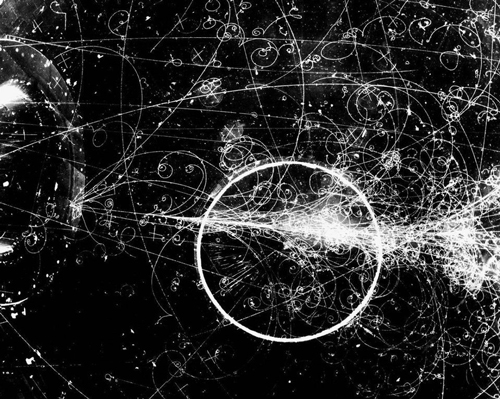 Bubble chamber tracks from Fermilab, showing only a few hundred quantum interactions. The probability that just this interaction would give this exact result is astronomically small.

The singularity theorem tells us that an inflationary state is past-timelike-incomplete, and hence, most probably did not last a truly infinite amount of time, but rather arose some distant-but-finite point in the past. There are a huge number of Universes out there — possibly with different laws than our own and possibly not — but there are not enough of them to give us alternate versions of ourselves; the number of possible outcomes grows too rapidly compared to the rate that the number of possible Universes grows.

So what does this mean for you?
It means it’s up to you to make this Universe count. Make the choices that leave you with no regrets: pursuit your uttermost happiness and fulfillment by following an authentic spiritual path, take the dream job, stand up for yourself, navigate through the pitfalls as best you can, and go all-out every day of your life. There is no other Universe that has this version of you in it, and there is no future for you other than the one you live yourself into.
Make it the best one possible.

Men in Black: The Hidden History of the Knights of Malta (2)