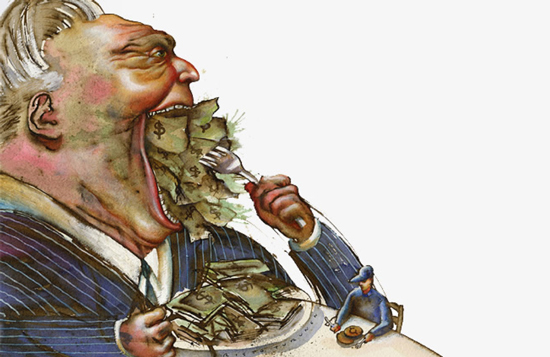 “It’s all designed to take money from the people and transfer it to the financial elite…” said Derrick Michael Reid, libertarian U.S. Senate candidate, interviewed on Reluctant Preppers. Here’s how the system is rigged against us…

Has your intuition been telling you the world has either gone mad, or the system is rigged against you, the ordinary person? What if someone could pull back the veil and confirm that it’s all real, you’ve been right, and your intuition makes perfect sense? Not often do you encounter someone who has the sweeping expertise and penetrating analytical capacity to connect all the dots of our public world’s ills and draw a crystal clear conclusion to reveal where all this is headed, and what we can do about it.

Derrick Michael Reid – Bachelor of Science in Electrical Engineering, Doctor of Jurisprudence, electronic engineer, patent lawyer, military scientist, market analyst, and geopolitical analyst – joined Reluctant Preppers for the following hard-hitting interview. He thus cuts through the facades, dispels the fog and denial, and unmasks the hard reality you’ve instinctively sensed might be lurking behind our upside-down modern world. Reid proceeds to offer a glimpse of his proposal for a seamless survival plan that can restore the U.S. post-Constitutional republic to sanity, and preserve the wellbeing of the Americans as people who deserve to survive and thrive in freedom.

Derrick Michael Reid supports his revelations with forceful, clear-headed straight talk that the Americans have been missing until now!
We invite you to watch this relevant expose – and, as you feel it is appropriate, share it to all those who are interested!