The elitism of luciferianism is hardly hidden. Luciferians claim that they have no interest in converting other people. Instead, adherents have to be “smart enough” to come to the belief system on their own. However, their goal of influencing the public through social and political spheres is rather evident.

Political gatekeepers, though not openly luciferian, tend to let slip their affiliations at times. Saul Alinsky, a high level leftist organizer and democrat gatekeeper, praises the rebellious Lucifer in the personal acknowledgments of his political manual Rules For Radicals, in which he says: “Lest we forget at least an over-the-shoulder acknowledgment to the very first radical: from all our legends, mythology, and history (and who is to know where mythology leaves off and history begins — or which is which), the first radical known to man who rebelled against the establishment and did it so effectively that he at least won his own kingdom — Lucifer.”

Luciferianism is also prevalent in globalist institutions. For example, the UN seems to be highly involved in the ideology through groups like Lucis Trust, a publishing house founded by Alice Bailey, an avid promoter of luciferianism who also owned the Lucifer Publishing Company. Lucis Trust was originally headquartered at the UN building in New York, and still runs a private library of occult books out of the UN today.

Former UN directors like Robert Muller were tied closely with Lucis Trust and the work of Alice Baily and openly promote luciferianism. Muller was central to the UN’s global education policies for children and formed numerous branch agencies with the intent of global governance. You can read Robert Muller’s white papers on the formation of a global government on his website Good Morning World.

Luciferians approach global governance like they do everything else – with heavy propaganda spin. Muller argues that the goal must be pitched to the public through the idea of “protecting the Earth”.
In other words, he believed environmentalism was the key to convincing the masses of the need for total centralization of power into the hands of globalist institutions. Luciferian ideals are sugar coated in a host of flowery and noble sounding motifs. But what are they really all about?

Some luciferians adopt a Gnostic stance on the figure of the devil and only claim to appreciate the concept as mythology rather than the devil existing as a literal force.
Some gnostic texts depict Satan as the “good guy” and God the “bad guy” in the story of Genesis; God being a ruthless slave master and the serpent as the “liberator” bringing knowledge of the material world to mankind. Lucifer is presented as a kind of Prometheus; the titan who stole fire from the gods and gave it to man.

This “Lucifer as heroic savior” narrative is very common. Manly P. Hall, 33rd Degree Freemason and influential New Age writer is quoted as saying in his collection of writings titled The All Seeing Eye: “Lucifer represents the individual intellect and will which rebels against the domination of Nature and attempts to maintain itself contrary to natural impulse. Lucifer, in the form of Venus, is the morning star spoken of in Revelation, which is to be given to those who overcome the world.”

One Luciferian model describes God as an archetypal concept only, a mythological comfort blanket that helps us to face the loneliness of existence. They do not believe a corporeal God figure exists, though, one wonders how they can reconcile the existence of inherent psychological archetypes with that notion? Where did archetypes come from if there is no creative design or intended meaning to humanity? 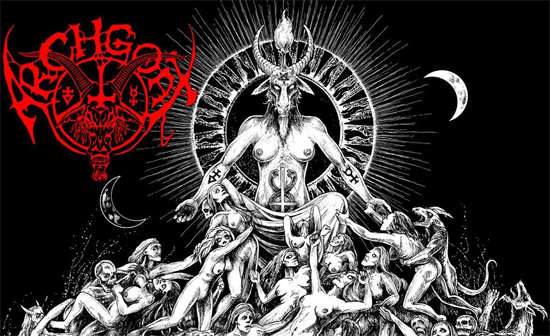 But this argument seems rather coy and disingenuous to me. For centuries the term Lucifer has been synonymous with the devil in the public consciousness. Luciferians seem to be trying to separate themselves from the negative connotations associated with Satanism through a twisted form of wordplay and semantics.

But why would they care? Unless, of course, they are seeking to influence public consciousness and they realize that it’s hard to sell people on Satanism, so they want to put a different face on an old and ugly idea.
Satanists often refer to Lucifer and Satan in the same breath as being the same figure. In this documentary, Anton LaVey, a well known representative in satanic and luciferian circles, does exactly that.

LaVey seems to be treated as an annoyance by the more marketing conscious luciferian groups. I suspect that his public bluntness about what luciferian beliefs actually involve is seen as too honest. These people believe in secrecy and initiation. They don’t like their darker side on display for the whole world to see and to judge.

A direct antithesis to someone like Anton LaVey would be Michael Aquino, a military intelligence officer specializing in psychological warfare who was a member of LaVey’s satanic church but left to start his own more marketable Temple Of Set. Aquino is best known for a tactical thesis on psychological warfare he wrote with General Paul Vallely (credited in the paper as “Paul E. Valley”) called From Psyop To Mind War.

The thesis outlines the use of propaganda and other strategies to turn a target population against itself, to either destroy that population or control it more easily without ever having to use outright military force.
Aquino’s Mind War showcases the luciferian belief in “magic”, but not magic in the way popular culture understands it. Luciferians believe in the power of magic words and symbols in the form of psychological key phrases and archetypes.
That is to say, they have adopted the use of archetypal psychology, but where psychologists like Carl Jung used archetypal psychology to heal people with mental and emotional illnesses, luciferians use archetypes to manipulate and control public thought.

This is often done through popular culture and films. Truthstream Media has produced an excellent documentary on this subject that I highly recommend.
There are more obvious examples such as Ridley Scott’s Blade Runner, in which androids rebel against their slave master and creator and eventually murder him.
Then there is more subversive entertainment like Netflix’s Series Of Unfortunate Events, which starts out as a fun comedic children’s tale but ends with a display of essentially every aspect of luciferian belief right down to elitism as a necessary practice, moral relativism, an unhelpful and controlling god figure surrounded by sycophants, and even a serpent carrying an apple containing the “knowledge” to save the protagonists from a horrible fate.

The duplicity of luciferianism alone should be enough to make people wary of its promises and arguments. Humanity has spent the better part of 2000 years trying to remove the influences of secretive occult elitism (the high priest class) from our political and social structures. Yet, these people are relentless in their desire for power.

Regardless of the positive spin that luciferians adopt for their ideology, the fruits of their activities speak much louder than propaganda. Through their efforts towards globalism, what I see is a cancerous desire for control over civilization and of every aspect of human thought. I also see a perversion of nature as they seek to obtain what they call “godhood”.

Transhumanism and genetic tampering carry all the hallmarks of the luciferian ideal. Regardless of one’s religious affiliations, it is hard to find anything of value in their system. Everything about it is an affront to inherent conscience. It can only become acceptable to the majority through deception.

Hang up and drive: Cell phone radiation may explain road rage – it lowers impulse control and disrupts the blood-brain barrier