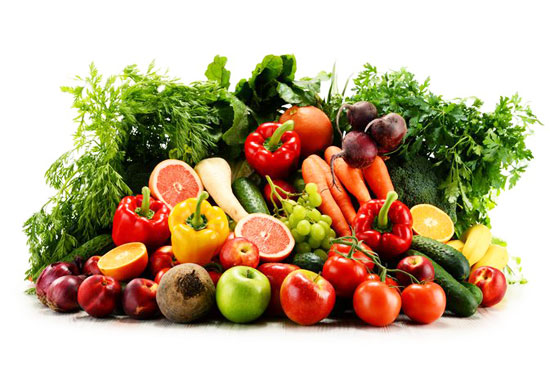 Worldwide study looks at fruit, veggie and fat intake and heart health.
According to this research, your quest toward a healthier lifestyle may need to take a detour. And unlike many studies, which base their conclusions on a small or specific group of participants, this one might be the largest and most definitive study yet to look at how food affects your health.

Confused about what foods to eat? You’re not the only one, but this new study is big enough to settle some nutrition discussions.

The Prospective Urban Rural Epidemiology (PURE) study, which was published in two parts in the journal Lancet (here and here) followed the diet and health histories of 135,335 people between the ages of 35 to 70 for seven years. The participants in the study live in 18 countries. Throughout the course of the study, researchers took note of participants who died, particularly those who died from cardiovascular disease.

Not surprisingly, researchers found that a diet rich in fruits, veggies and legumes was inversely associated with a risk for heart attack, cardiovascular disease, death from cardiovascular disease and overall mortality. In other words, fruits, veggies and legumes are good for you; those who ate them in the study had a lower incidence of heart disease and death. They also noted that a higher intake of these foods was associated with a lower risk for death and disease – to a point. After three servings a day, that risk protection leveled off.

One might infer from this study that the current recommendation to eat a minimum of five servings a day of fruits and veggies is overkill. According to the research, eating any more than three servings will not do more to protect your heart. However, it’s important to remember that fruits and veggies do a lot more for your health than protect your heart. They provide the minerals and nutrients necessary for a wide variety of body functions. So while the study noted that three servings a day is adequate, researchers also stressed that this amount should be considered the bare minimum when it comes to fruit and veggie intake. They also noted that raw fruits and vegetables seemed to provide more heart health protection than cooked.

The impact of fat

Consumption of foods high in saturated fats, like dairy milk, had the lowest overall risk for heart disease and stroke.

The real shocker from the study came when researchers looked at the overall consumption of macronutrients – fat, protein and carbohydrates – and their effect on heart health and mortality. We’ve been programmed for the last several decades to associate fat with cardiovascular disease and thus a heart-healthy diet is typically one that is as low in fat as possible.

But the PURE study found that participants who had the highest consumption of fat (saturated, unsaturated and polyunsaturated) had the lowest overall risk for cardiovascular disease and mortality. They also found that those who ate the most saturated fat had a 21 percent lower risk for stroke. To top it off, the study also revealed that participants who ate the most carbohydrates had a significantly increased risk for mortality compared with those who ate the fewest.

Like any study, this one had its drawbacks. For starters, the dietary habits of participants were self-reported. There’s always room for a certain level of fudging when people are asked to write down what they eat. Also, these dietary lists were only recorded at the beginning of the study, so researchers weren’t able to make adjustments for people whose diets changed for better or worse throughout the research period.

But the overall size of the study, and the fact that participants lived all over the world, makes it unique. Studies that are limited to North America and/or Western Europe have a different bias to factor in whenever studies are conducted: portion control. Americans and many Europeans tend to eat more than the rest of the world. So in nutrition studies, it can be difficult to understand whether a certain nutrient is bad for health or if the participants just ate too much of it. Also, by including participants from China and India, researchers were able to look at a diet that is the polar opposite of the American diet. The typical diet in these countries is around 60 to 70 percent carbs and very low in fat.

So what should you be eating to stay healthy? The best advice is still to choose a balanced diet that includes lots of different foods and doesn’t exclude any particular food group. Michael Pollan may have said it best in his book In Defense of Food: An Eater’s Manifesto: “Eat food. Not too much. Mostly plants.”
And be sure to get some healthy fats in there too.