The way that people view the world is greatly shaped by the “news” that they see on television and read on the Internet. Unfortunately, much of that “news” is produced by just five enormous corporations. 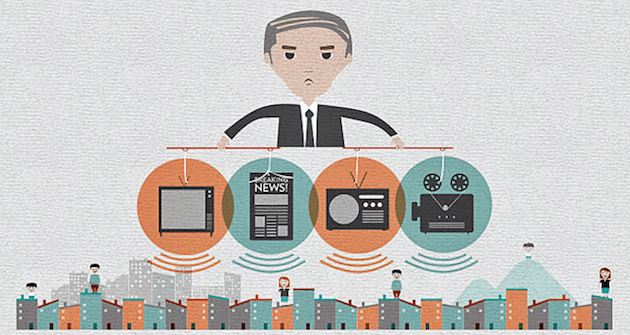 In fact, although the numbers vary from month to month, more than 90 percent of the “news” that Americans watch on television is controlled by those five corporations. Smaller outlets such as Newsmax are aiming to make a dent, but it is an uphill battle. Internet news is more diversified, but in conjunction with the 15 billionaires that own and control America’s newspaper industry, the same five corporations have come to dominate online as well.

The tech giants have certainly helped their cause by designating them as “trusted sources” and by adjusting algorithms to ensure that people get a steady diet of the “news” that the media giants are constantly putting out. The entire system is designed to direct people to certain voices, and those voices are constantly working very hard to alter what they think about events and aspects.

According to one survey, the average American spends 238 minutes a day watching television. If you allow anyone to pump that much propaganda into your brain day after day, it is inevitable that the way you view the world is going to modify. Sadly, a lot of people out there still believe that the big corporate-owned news networks are the “guardians of democracy” and are just looking out for their best interests.

Needless to say, that is not even close to reality. In our day and time, everyone has agendas to push, and the big corporate-owned news networks are not any exception. The “journalists” at those networks are going to shape the news to push the messages that their corporate masters want them to push, and anybody that believes otherwise is simply being naive.

So exactly who are these five giant corporations that own and control almost all of the news that American people see on television? Well, the first is AT&T’s WarnerMedia which owns CNN…

The second is Comcast which owns NBC News…

NBCUniversal Media, LLC is an American mass media and entertainment conglomerate owned by Comcast and headquartered at 30 Rockefeller Plaza in Midtown Manhattan, New York City. NBCUniversal is primarily involved in the media and entertainment industry. The company is named for its two most significant divisions, the National Broadcasting Company (NBC) – one of the United States’ Big Three television networks – and the major Hollywood film studio Universal Pictures. It also has a significant presence in broadcasting through a portfolio of domestic and international properties, including USA Network, Syfy, Bravo, Telemundo, Universal Kids, and the streaming service Peacock. Via its Universal Parks & Resorts division, NBCUniversal is also the third-largest operator of amusement parks in the world.

MSNBC is an American news-based pay television cable channel based in New York City. It is owned by the NBCUniversal News Group division of NBCUniversal (a subsidiary of Comcast). It provides NBC News coverage as well as its own reporting and political commentary on current events.

Disney has now become the largest media company in the entire world, and they are the proud owners of ABC News…

The American Broadcasting Company (ABC) is an American multinational commercial broadcasttelevision network that is a flagship property of Walt Disney Television, a division of Disney General Entertainment Content of The Walt Disney Company. The network is headquartered in Burbank, California, on Riverside Drive, directly across the street from Walt Disney Studios and adjacent to the Roy E. Disney Animation Building. The network’s secondary offices, and headquarters of its news division, are in New York City, at its broadcast center at 77 West 66th Street on the Upper West Side of Manhattan.

ViacomCBS may not be as big as the other corporations on this list, but their control of CBS News gives them a tremendous amount of influence… 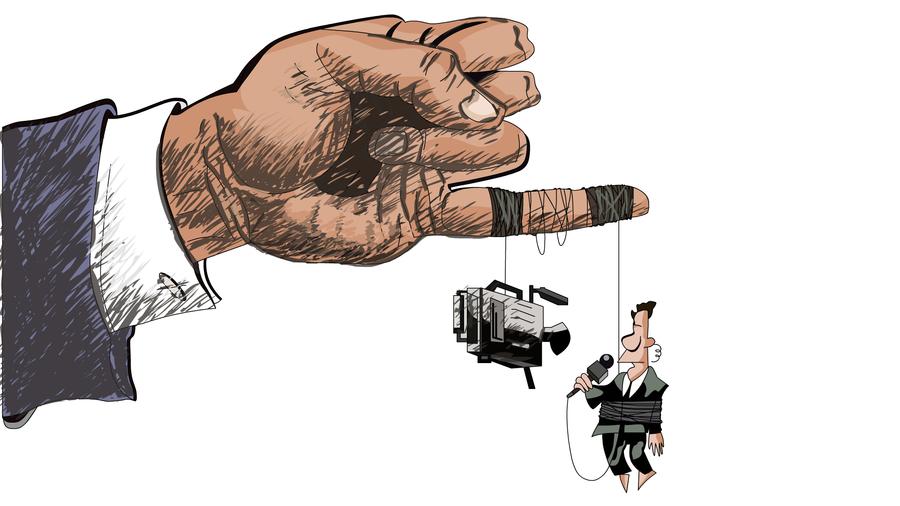 CBS (originally an abbreviation for Columbia Broadcasting System, its former legal name that was used from 1928 to 1974) is an American commercial broadcast television and radio network. It serves as the flagship property of the CBS Entertainment Group division of ViacomCBS. The network is headquartered at the CBS Building in New York City, with major production facilities and operations at the CBS Broadcast Center in New York City, and CBS Television City and the CBS Studio Center in Los Angeles.

Last, but certainly not least, Fox Corporation (which is controlled by the Murdoch family) owns and controls Fox News…

Fox Corporation is an American mass media company headquartered in New York City. The company was formed in 2019 as a result of the acquisition of 21st Century Fox by The Walt Disney Company; the assets that were not acquired by Disney were spun off from 21st Century Fox as the new Fox Corp., and its stock began trading on January 1, 2019. The company is incorporated in Delaware. It is owned by the Murdoch family via a family trust with 39.6% interest; Rupert Murdoch is chairman, while his son Lachlan Murdoch is executive chairman and CEO. Fox Corp. deals primarily in the television broadcast, news, and sports broadcasting industries. They include the Fox Broadcasting Company, Fox Television Stations, Fox News, Fox Business, the national operations of Fox Sports, and others. Its sister company under Murdoch’s control, the present-day News Corp, holds his print interests and other media assets. Many consider Fox News to be the “conservative alternative” to the other major news networks, but the truth is that the “news” that Fox News produces is not really that much different from the “news” that the other networks produce.

Every day, millions upon millions of Americans have conversations that center around the “news” that they just saw on television. So those that decide what the “news” is going to be, have an extraordinary amount of power.

Just look at what occurred when the Fauci emails were revealed. They showed that Dr. Fauci had been lying to people over and over again, and they also showed that he was involved in a massive conspiracy to cover up the true origin of the pandemic. But CNN, MSNBC, NBC News, ABC News and CBS News all decided that it wasn’t going to be a scandal, and so most Americans don’t believe that it is one.

Another fact: a British news source published a bombshell story about text messages in which Hunter Biden used some of the most racist language imaginable, and that should be front page news all over the country. But the big news networks were being silent about Hunter Biden’s text messages. In fact, it couldn’t even been find a single reference to the story on the homepage of Fox News. So Hunter Biden’s racist language is not going to be a scandal because they don’t want it to be a scandal.

Meanwhile, Chris Harrison is being permanently canceled for simply suggesting that a contestant on his former show should be given “a little grace” for a mistake that she made in her past… “We all need to have a little grace… Because I’ve seen some stuff online, again this judge-jury-executioner thing, where people are just tearing this girl’s life apart,” Harrison said during the interview. “I’m not defending Rachael. I just know that, I don’t know, 50 million people did that in 2018. That was a type of party that a lot of people went to.” He continued: “The woke police is out there. And this poor girl Rachael, who has just been thrown to the lions. I don’t know how you are equipped when you have never done this before, to be woke enough, to be eloquent enough, to be ready to handle this.”

But Hunter Biden is not going to get canceled because he is off limits. He can literally do anything that he wants because his father is in the White House, and the mainstream media is going to protect Joe Biden at all costs.

It is at this point in the article that we should encourage everyone to turn off the mainstream news networks and never look back.

But we all know that the vast majority of people are going to continue to watch their favorite news networks no matter how corrupt they become, and that is extremely unfortunate.

The WHO has confirmed that the covid-19 PCR test is flawed: estimates of “positive cases” are meaningless. The lockdown has no scientific basis