Sailing through the smooth waters of vacuum, a photon of light moves at around 300,000 kilometers (186,000 miles) a second. This sets a firm limit on how quickly a whisper of information can travel anywhere in the Universe. 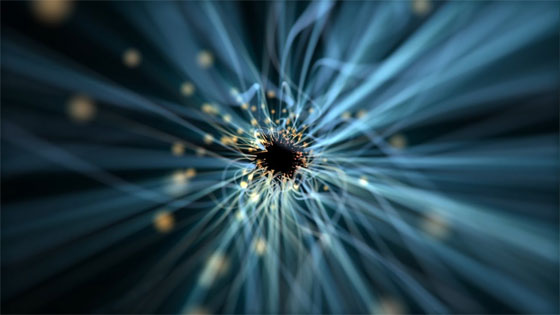 While this law isn’t likely to ever be broken, there are features of light which don’t play by the same rules. Manipulating them won’t hasten our ability to travel to the stars, but they could help us clear the way to a whole new class of laser technology.

Physicists have been playing hard and fast with the speed limit of light pulses for a while, speeding them up and even slowing them to a virtual stand-still using various materials like cold atomic gases, refractive crystals, and optical fibers.

This time, researchers from Lawrence Livermore National Laboratory in California and the University of Rochester in New York have managed it inside hot swarms of charged particles, fine-tuning the speed of light waves within plasma to anywhere from around one-tenth of light’s usual vacuum speed to more than 30 percent faster. This is both more – and less – impressive than it sounds. To break the hearts of those hoping it’ll fly us to Proxima Centauri and back in time for tea, this superluminal travel is well within the laws of physics. Sorry.

A photon’s speed is locked in place by the weave of electrical and magnetic fields referred to as electromagnetism. There’s no getting around that, but pulses of photons within narrow frequencies also jostle in ways that create regular waves. The rhythmic rise and fall of whole groups of light waves moves through stuff at a rate described as group velocity, and it’s this ‘wave of waves’ that can be tweaked to slow down or speed up, depending on the electromagnetic conditions of its surrounds.

By stripping electrons away from a stream of hydrogen and helium ions with a laser, the researchers were able to modify the group velocity of light pulses sent through them by a second light source, putting the brakes on or streamlining them by adjusting the gas’s ratio and forcing the pulse’s features to modify shape. The overall effect was due to refraction from the plasma’s fields and the polarized light from the primary laser used to strip them down. The individual light waves still zoomed along at their usual pace, even as their collective dance appeared to accelerate.

From a theoretical standing, the experiment helps flesh out the physics of plasmas and put new constraints on the accuracy of current models. Practically speaking, this is good news for advanced technologies waiting in the wings for clues on how to get around obstacles preventing them from being turned into reality.

Lasers would be the big winners here, especially the insanely powerful variety. Old-school lasers rely on solid-state optical materials, which tend to get damaged as the energy cranks up. Using streams of plasma to amplify or modify light characteristics would get around this issue, but to make the most of it we really need to model their electromagnetic characteristics.

It’s no coincidence that Lawrence Livermore National Laboratory is keen to understand the optical nature of plasmas, being home to some of the world’s most impressive laser technology.

Ever more powerful lasers are just what we need for a whole bunch of applications, from ramping up particle accelerators to improving clean fusion technology. It might not help us move through space any faster, but it’s these very discoveries that will hasten us towards the kind of future we all dream of.

This research was published in Physical Review Letters.

Scientists prove how emotions can modify your DNA

What Vaccines Say About the Precarious State of Our Freedom