One of the wonders of the human body is how coordinated everything seems to be. Each part of the body works together in perfect tandem to allow physiological, cognitive, and behavioral functions. Researchers have looked into how the many parts of the body cooperate almost flawlessly, and a new study now sheds light on how different proteins relay information: they found that cells use sugar to communicate at a molecular level. 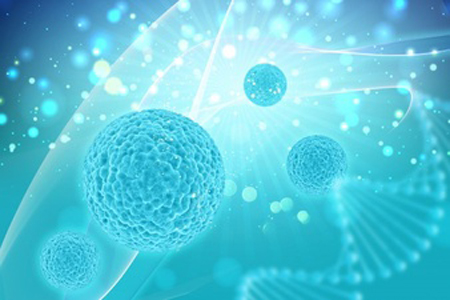 Cells make up all living things and are the smallest forms of life. They provide structure for all living organisms and are involved in all biological, chemical, and signaling functions. The human body has 30 to 40 million cells that all work together to maintain proper bodily processes.

Cell biologists use many different methods to study cells. There are various imaging techniques that magnify different parts of a cell. These techniques can also peer into cellular functions such as growth, division, and interaction. And with the ever-evolving technology, new methods are being discovered still. One recent study, for example, has found a way to use high-resolution images in conjunction with a computing model to determine how sugar affects cell communication.

Researchers from the University of Pennsylvania, Temple University, and RWTH Aachen University discovered a new method that allows a more in-depth study of synthetic cells. In the past, scientists have used diffraction that involved breaking cells apart in order to get an image of the individual parts. While it can provide much detail about separate parts of cells, it does not capture how cells work as a whole. Other methods like fluorescence microscopy allow scientists to study entire cells, but these tools proved to be complicated to use and the images they produce are not up to par with those produced by diffraction.

The researchers used synthetic cells as a model system to invent a new way to study cell membranes. They called this new method atomic force microscopy. It allows researchers to produce high-resolution images of whole cells, which reveal shapes and structures as small as half a nanometer – approximately 10,000 times smaller than the width of a human hair. These high-res images are analyzed using a model designed to compute how the images relate to cell function.

The study is notable for being the first of its kind – a diffraction-like method that can be applied to whole synthetic cells. Using this breakthrough method, Percec and his team were able to identify how low concentrations of sugar on the surface of a cell membrane caused “increased reactivity with proteins on the membranes of other cells.”

Percec noted the importance of this new method, calling its discovery a “lucky accident” that will be instrumental in future studies of cells. “We approach problems that other people say there is no solution for. You cannot make a big breakthrough overnight,” said Percec. “All these people on our team are gifted and have the machinery needed to solve the various problems along the way that bring the story together.”

Zen and the Art of Living Deeply