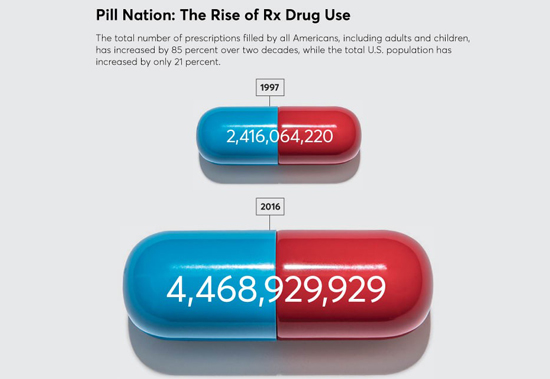 Over 90 percent of school shootings over the last decade have been linked to Big Pharma SSRIs, according to a shocking study.
Widely prescribed antidepressants called selective serotonin reuptake inhibitors, or SSRIs, cause suicidal tendencies and extreme acts of violence in many patients who take them, according to Dr. David Healy, founder of RxISK.org.

Though there has been no definitive confirmation that drugs played a role in the Newtown, Connecticut assault (the Sandy Hook Elementary School shooting on December 14, 2012) that killed 20 children and six adults, media have cited family members and acquaintances saying Adam Lanza was taking prescription medication to treat “a neurological-development disorder”, namely Asperger Syndrome.

In an email to WND.com, Healy said he suspected prescribed psychiatric medications were the cause of Lanza’s violent behavior.
Dr. David Healy stated that there are two general points that can be made.
First, he said, “psychotropic drugs of pretty well any group can trigger violence up to and including homicide.”
“Second, the advocates of treatment claim both that it is the illness and not the drugs that causes violence and that we are leaving huge numbers of people untreated.”

But Healy argued that if this were the case, “we should not find that comfortably over 90 percent of school shootings are linked to medication intake”.
Dr. Peter R. Breggin, a Harvard-trained psychiatrist and former full-time consultant at the National Institute of Mental Health, told WND.com it’s likely that problems for Lanza began with “getting tangled up” with psychiatric medicine.
Breggin insisted there has been overwhelming scientific evidence for decades correlating psychiatrically prescribed drugs with violence.

Writing in Ethical Human Sciences and Services, a peer-reviewed scholarly journal, in 2003, Breggin concluded SSRI drugs could be a factor in suicide, violence and other forms of extreme abnormal behavior, as evidenced in case reports, controlled clinical trials, and epidemiological studies in children and adults.

Since the 1970s, Breggin has testified in more than 100 trials, including one in which Judge Robert Heinrichs ruled the adverse effects of taking Prozac drove a 16-year-old in Winnipeg, Canada, to commit an unprovoked murder.
Breggin appeared before the Veterans Affairs Committee of the U.S. House of Representatives in 2010 in support of his 2008 book Medication Madness: The Role of Psychiatric Drugs in Cases of Violence, Suicide and Crime.

Breggin testified to Congress that research conducted in the medical science demonstrates a causal relationship between antidepressant drugs and the production of suicide, violence, mania and other behavioral abnormalities.
He warned Congress of the risks of giving these drugs to heavily armed young men and women in the military.

Breggin asserted that establishment media “ignores the scientific evidence linking psychiatric medications and violent behavior because psychiatry is the religion of the mainstream media, and they don’t want to see the dangers of psychiatrically prescribed drugs.”
“Besides, the drug companies also have incredible influence through advertising such that they can call the shots”, he said.

He believes the Lanza case fits the pattern of school shooters in some of the most famous incidents in recent memory, including the 1999 shootings at Columbine High School in Colorado and the massacre at Virginia Tech in 2007.
“Adam Lanza has in common with many of the young men who were shooters that they were outsiders who lived in the shadows, who deal with a lot of shame, humiliation and isolation” Breggin explained.

He calls the psychiatric diagnoses “worthless”.
“We know exactly who they are”, he said. “They are called ‘geeky’ in the extreme. Not a single one has ever come forward with a close friend. They are alienated from their families, and they have been involved in psychiatry.”
Breggin insists that instead of psychiatric treatment, children of this kind need “more reaching out, more socialization, more caring, more involvement”.

“Our schools, our families, and our communities need to be aware of the kids who are withdrawn and violent, not because they are going to become violent – hardly any of them are going to become violent – but because these are really hurt kids”, he said.
“We can call them evil, we can call them mentally ill, but the pattern is really quite clear”, Breggin continued. “They are highly intelligent and highly withdrawn and they are all involved with psychiatry, so the claim psychiatry is going to do some good is really ridiculous.” 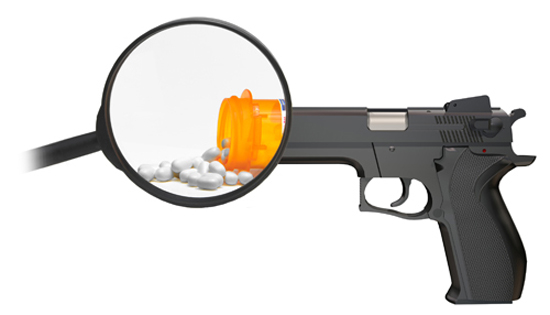 In many school shootings carried out by minors, court documents are sealed and the extent of chemical drugs use is unknown to the public.
But in a number of high-profile cases, the link has been reported:
– Kip Kinkel was withdrawing from Prozac and had been prescribed Ritalin when he murdered his mother and stepfather, then shot 22 classmates, killing two, in 1998;
– Christopher Pittman was withdrawing from Luvox and from Paxil when he killed his paternal grandparents in 2001;
– Elizabeth Bush, who fired at fellow students in Williamsport, Pa., in 2001, wounding one, was on Prozac;
– Jason Hoffman was on Effexor and Celexa when he opened fire at his El Cajon, Calif., high school, wounding five;
– Shawn Cooper of Notus, Idaho, was on antidepressants when he fired a shotgun on students and staff;
– T.J. Solomon, on antidepressants, wounded six at his Conyers, Georgia (U.S.) high school;
– Eric Harris was taking Luvox when he and fellow student Dylan Klebold killed 12 students and a teacher and wounded 24 others before turning their guns on themselves at Columbine High School in Colorado;
– At Virginia Tech in 2007, where 32 were murdered, “prescription medications related to the treatment of psychological problems had been found among Mr. Cho’s effects”, according to the New York Times.

“Violence and other potentially criminal behavior caused by prescription drugs are medicine’s best kept secret” Healy said in a statement. “Never before in the fields of medicine and law have there been so many events with so much concealed data and so little focused expertise.”

In the past years, Healy has authored several best-selling books analyzing the degree to which the pharmaceutical industry has influenced medical doctors to prescribe antidepressant drugs to patients with psychiatric problems, such as Let Them Eat Prozac: The Unhealthy Relationship Between the Pharmaceutical Industry and Depression, in 2006 and Pharmageddon, in 2012.

Healy’s RxISK.org added a section allowing users to enter the name of a prescription drug to find out the side effects recorded in the more than 4 million adverse drug event reports filed with the FDA since 2004.

Was Lanza on meds?

Writing for Slate.com, Emily Willingham was quick to warn against demonizing Asperger’s syndrome, or autism in general, as the cause of Lanza’s violence. Likewise, in a New York magazine piece titled Asperger’s is a Red Herring to Explain the Newtown Massacre, Adam Martin wrote, “As the nation sets out to understand how Friday’s (December 14, 2012) massacre came to pass, some are rightly worried that the high-functioning form of autism will become unfairly stigmatized”.

Nevertheless, credible sources have not withdrawn published claims that Lanza was on prescribed psychiatric medication at the time of the shooting.
On CBS’ 60 Minutes, Mark and Louise Tambascio, friends of the shooter’s mother, Nancy Lanza, said Adam Lanza was being medicated for Asperger’s.
“I know [Adam Lanza] was on medication and everything, but she homeschooled him because he couldn’t deal with the school classes sometimes”, Louise Tambascio told CBS reporter Scott Pelley. “So she just homeschooled Adam at that home. And that was her life.”
Her comment followed Mark Tambascio explaining to Scott Pelley that “friends told us that [Asperger’s syndrome] did dominate the Lanzas’ lives.”

In addition, the Washington Post reported an unnamed former neighbor of Nancy and Adam Lanza in Newtown, Conn., recalled Adam as “a really rambunctious kid” who “was on medication”.
The story became confused when a now discredited source claiming to be Adam Lanza’s “Uncle Jonathan” told several publications, including the Sun in the United Kingdom, that Adam was being treated with the strong anti-psychotic drug Fanapt.
Later reports found no relatives who knew “Uncle Jonathan”.

Separately, law enforcement officers have found evidence Lanza played graphically violent video games.
The Express in the United Kingdom reported that Lanza had “an unhealthy obsession for violent video games” and that his favorite was said to be a “shockingly violent” fantasy war game called Dynasty Warriors, which is “thought to have given him inspiration to act on his darkest thoughts”.

20 Ways To Use Honey For Wellness And Survival