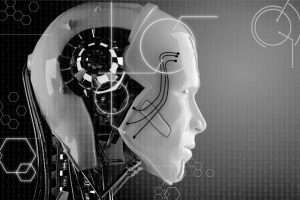 The Sunday Times (United Kingdom) first reported on the strange and concerning technology, which will supposedly be used to measure citizens’ loyalty to the Chinese Communist Party (CCP).

Like many other Orwellian technologies, this AI consciousness-control technology will probably undergo a test run in communist China, only to eventually roll out to the rest of the world.

A now-deleted video and corresponding article from China’s Comprehensive National Science Center in Hefei explains that the AI technology can analyze facial expressions and brain waves of people exposed to the CCP’s “thought and political education,” also known as propaganda.

The results, researchers explained, can then be used to “further solidify their confidence and determination to be grateful to the party, listen to the party, and follow the party.”

Business Insider reported that the video and article explaining all this were removed from the internet following public outcry from Chinese citizens, who already face social credit scoring tyranny and internet censorship.

In a piece he wrote for Forbes, AI and machine learning expert Dr. Lance B. Eliot made the suggestion that without knowing the specifics of the technology, it is impossible to know if it really works as claimed.

“This is certainly not the very first time that a brainwave scan capability was used on human subjects in a research effort,” he said.

“That being said, using them to gauge loyalty to the CCP is not something you would find much focus on. When such AI is used for governmental control, a red line has been crossed.”

Communist China has in the past, however, been sanctioned by the U.S. Department of Commerce for attempting the creation of similar technologies, including a biotechnological system described as “purported brain-control weaponry.”

The CCP also already uses AI and facial recognition systems to track and control Uighur Muslims being held in concentration camps throughout China. As many as three million Uighurs are being kept in captivity, many of them tortured, using AI systems.

“The scientific pursuit of biotechnology and medical innovation can save lives,” said U.S. Secretary of Commerce Gina M. Raimondo in a press release following 2021 sanctions imposed against Chinese AI companies.

“Unfortunately, the [People’s Republic of China] is choosing to use these technologies to pursue control over its people and its repression of members of ethnic and religious minority groups.”

If China achieves its goals, a potentially worldwide “AI-tocracy” will be formed, plunging billions of people into technocratic tyranny.

China has repeatedly indicated that it wants to use AI, big data, machine learning, and other advanced technologies to “get into the brains and consciousness of its people,” according to analysts. VOA News calls China’s plan a “draconian digital dictatorship.”

“It has used cutting-edge technology to empower its party-state,” says Hung Ching-fu, a professor of political science at National Cheng Kung University in Taiwan, about the CCP’s latest AI endeavor.

“China has upgraded from early-day facial recognition to AI programs that try to get into brains and consciousness (more) than meet the eye. Its adoption of advanced AI will reinforce its total controls.”

An AI-driven police state, in other words, is on the agenda for communist China, as well as any other country that adopts or is forced to adopt its ways.

Already, countries that lean towards autocracy as opposed to democracy are importing facial recognition AI technology from China. There appears to be a growing market for these Orwellian systems in countries that are becoming or already are, driven by totalitarianism.

Reality vs. Illusion. People have been Robbed of their Ability to “Decipher between Fact and Fiction”