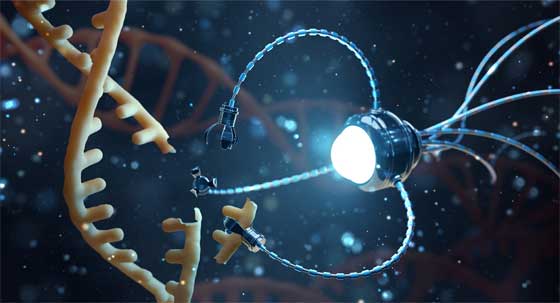 A nanobot evolution is a silent war against human evolution. In a silent war, legions of troops are unnecessary. Bombs are useless. Human submission occurs at the nanoscopic level on the biological landscape. A bio-invasion.

Nanobots are the new soldiers that invade the human body through a Trojan Horse, of “protection” in the form of an mRA injectable that alters DNA. Coercion is unwarranted in convincing people to submit to the change when social engineering has led people to beg for this protection from the new scientists.

Once the ‘gift’ is accepted, or consent is given, the horse releases its hidden payload which spreads like a virus to alter DNA and connect that DNA to A.I. The merging of human and machine is called Transhumanism.

In a Nanotech Evolution, unseen nanobot payloads are enlisted to change humanity from the inside out, unbeknownst to most people. Nanobots are so small they function at the same level as viruses and bacteria. Nanoscale is a millionth of a millimeter, or 40,000 times smaller than the thickness of human hair. One million nanobots fit inside a hypodermic needle. Legions of nanobots can self-replicate, self-assemble, build nano-factories, and manufacture a swarm of nanobots to tackle large-scale projects. They do odd jobs, such as clearing out blocked arteries, or swimming in oceans to eat chemical pollution.

It is possible that electromagnetic nanobots, once deployed in the body, become activated by external electromagnetic transmissions from 5G frequencies. 5G Tech is already used as directed energy weaponry by the military.

Trojan Horse technology comes through devices, described as “vaccines.” However, mRNA devices are not true vaccines. Once consent is given to injectable devices, nanobot armies fall under the command of a synthetic scientist. As tiny robots, they are programmable and can walk around the body on legs. Science calls them the greatest achievement since sliced bread. However, this technology has existed as the T4 bacteriophage since at least 2004, subtly changing DNA, and humanity in the process.

Nanobots can trigger cell suicide, something your body already directs through a natural process called cell “apoptosis”. However, nanobots are anything but natural. It is stealth tech already in use over the last few decades to monitor patient compliance in drug delivery systems approved by the FDA. New drugs are now being discovered and developed entirely by A.I. since it is the chosen technology going forward into the future of synthetic medicine.

An army of tiny robots deployed in the privacy of your body means there is no privacy and no control. A bio-invasion of nanobots eliminates autonomy over your conscience, as well. Nanobots represent viral warfare on the human landscape; body, conscience, and spirit, at the micron level. The Pentagon’s research arm claims agricultural nanobots are intended to defend crops, but doesn’t deny their ‘dual-use’ potential, that means their use also as biological weaponry.

In a Transhumanist world, A.I. rules. Drugs are nanotech and nanotech is injectable. Injectables are labeled as “vaccines” because vaccines come with built in legal protections and a track record that removes all responsibility from the manufacturer. Governments grant indemnity to vaccine suppliers against damage or death claims that may arise from the use of their products. Thus, suppliers, such as Pfizer, Moderna, BioNtech and others, are immune from lawsuits. Indemnity protects companies while placing all risk on the recipients. Makers are able to rush a product to market under any excuse, including “pandemic.”

“…when the world begins inoculating itself with these completely new and revolutionary vaccines, it will know virtually nothing about their long-term effects” – The Jerusalem Post.

Unlike all other companies, vaccine makers are not responsible for direct or indirect the consequences of their products, including known “side effects” or unknown direct effects. Therefore, most new A.I. drugs or drug technologies coming down the pipeline will be called “vaccines,” including four more injectables for covid, as well as vaccines for smoking cessation, hypertension, and cancer.

Marketing such injectables as “safe and effective” can also continue. This, despite recent disclosure that Covid injectables do not stop you from carrying or spreading coronavirus. That is because Coronaviruses are a family of cold and flu viruses. Despite efforts to produce a vaccine for the common cold, no such vaccine has been developed for colds and flus because colds and flus are not caused by a single virus.

Did you connect those dots? So, why entertain the idea of a Covid vaccine when the experts say, you can still develop and spread Covid after the vaccine?

Cold symptoms may stem from coronaviruses, rhinoviruses, toxins, stress, and other causes. Peter Doshi, PhD from the John Hopkins School of Medicine has consistently stated that flu statistics are too high to make sense. In a 2013 British Medical Journal article, “Influenza: Marketing vaccine by marketing disease”, he writes: “Most ‘flu’ appears to have nothing to do with influenza virus. Every year, hundreds of thousands of respiratory specimens are tested across the US. Of those tested, on average 16% are found to be influenza positive…..It’s no wonder so many people feel that ‘flu shots’ don’t work: for most flus, they can’t.”

Most diagnosed cases of the flu are not the flu. Doshi writes that more precise data is needed around flu statistics which would include data on four groups:

1) Those who got their flu vaccine, and then got the flu.

3) Those who did not get a flu vaccine, and got the flu.

4) Those who got their flu vaccine and did not get the flu. 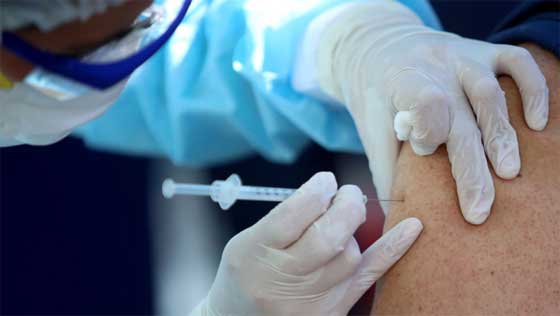 However, such a study is unlikely under a Transhuman Agenda where the loss of identity is more practical for”the good of all,” than identifying if anyone benefits from a nanobot injection for the ‘flu.’

In 2019, a group in Australia created an enhanced drug as an influenza vaccine using A.I. programs. The research was funded by the US National Institute of Allergy and Infectious Diseases, part of the National Institutes of Health under its director, Anthony Fauci.

The researchers described this enhanced flu vaccine with an added compound that better stimulates the human immune system. This addition causes more antibodies to be formed against the flu virus than with the traditional vaccination, increasing the vaccine’s efficacy. As Doshi states, what if there is no flu virus?

Nanoscale technology is utilized in all areas of life, from manufacturing, to the environment, to warfare – both outside and inside the body. Medical researchers claim they can target cancer directly at the tumor and avoid killing healthy cells. Yet, how do nanobots avoid damaging or changing cells after injecting them with a payload? Scientists once made similar claims about GMO technology and 4G /5G EMFs, both of which modify human cells to cause cancer.

The Precautionary Principle is a Principle of the 1992 Rio Declaration that asks, if there is a potential risk to humans or the environment in using a new technology, then first, prove it.

Marketing something as “safe and effective” when the true purpose is “sinister and evolutionary” is an example of manipulation, propaganda, and fraud. Operation Mockingbird was a secret campaign begun in the 1950s where the CIA admitted to manipulating the media by instructing American journalists to write fake stories to control the consciences of the population. Today, the U.S. legally propagandizes its citizens under the Smith-Mundt amendment of the National Defense Authorization Act (NDAA). The government is, therefore, authorized, by the silent acquiescence of the people, to commit manipulation and fraud as part of its mission.

Then as now, nanobot hazards and risks are not disclosed by scientists or governments. Thus, discovering negative implications on human life and the environment falls to the discernment of responsible persons where they live.

In 2005, scientists knew that manipulating the human genome could eliminate “the god gene” using A.I. Tech. The “god gene” is said to connect people to their spirituality, similar to how the pineal and hypothalamus glands of the endocrine system function energetically to lead to higher spiritual realms. The objective of the FunVax vaccine is to genetically modify the behavior of extremists and fanatical people.

What authority playing god decides who is an extremist or a fanatic?

Under the Internet of Things, a network of physical objects – “things” – are embedded with sensors, software, and other technologies for the purpose of connecting and exchanging data with other devices and systems over the Internet. Humans will be integrated as one of the “things.”

Using a Neuralink hookup, the human brain will be able to directly connect to the electronic network through a chip so that, as Elon Musk says, “anyone could summon their Tesla.” Once connected, humans will be able to shop and work and meet with others remotely from their devices within the confines of their home shelter. Through the Internet of Things, human consciences can travel the world and download any information they google.

Got Bot Brain? Are your thoughts not your own? Do you have the same dream every night? Do you hear other people’s ideas echo in your head? Have your memories been erased? Hacked?

With Bot Brain, there is no need to think for yourself! Think “The Borg.” The Star Trek series paved the way for the last frontier in its depiction of Bot Brain. Having second thoughts about being chipped? Not for long. Resistance is futile.

If you accept the permanent Neuralink implant, will others be the first to notice your odd behavior? Does your Bot Brain hookup to your computer? Your refrigerator? To Google? All of the above? Does the 5G network activate the bots to turn your cells on, then turn them off? Does the network feed off of your energy? Are you a generator for the Internet of Things?

As with anything, buyer beware! In a world where Trojan Horse technology advances with each breath, everything presented to you is still an offer to contract, that can be refused. There is a choice between synthetic protection and natural protection. Especially when government and police have no duty to protect anyone. Nanobot evolution drives human devolution.

If makers of injectables as ‘vaccines’ do not stand behind their products, why should anyone else?