A new study by the Populace organization revealed the obvious: that Americans are “self-silencing” — people saying what they think others want to hear rather than what they truly feel. 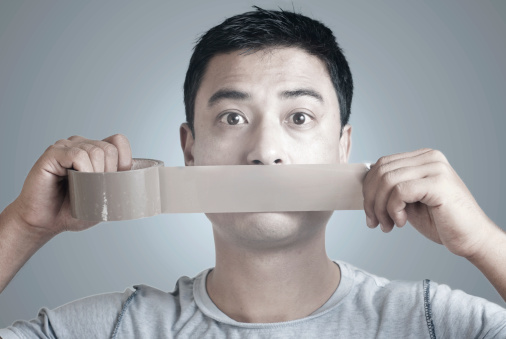 People often reshape their privately held views to conform to what they think their group believes, despite that assessment frequently being inaccurate. This causes the illusion of consensus.

The following are two of the most significant revelations from the study:

In the current climate, it is the left that is championing the idea of groupthink, which leftists claim is the only “appropriate” way of thinking.

Under the guise of being woke, the left is “canceling” dissenters and rendering them outcasts, often by inventing claims of bigotry. Wokeism that claims to emanate from empathy is merely a euphemism for totalitarianism.

It is hence essential to revisit the principle of free expression, which is the core tenet of democracy.

This includes the right to opine without repercussions — i.e. the right to offend, insult, satirize, and ridicule. The result is that obscene, hateful, abhorrent, and shocking ideas may be expressed.

But personal taste can never, ever be the criterion for the expression of ideas.

A healthy exchange of ideas and relentless debates, not echo chambers, facilitates personal growth and in turn societal growth. It also causes unity as people begin to empathize with the opposing point of view and indeed the individual.

Quite often, a solitary contrarian idea that is expressed begins like a flickering flame but ends up illuminating an entire people. If a society sticks to convention, it ceases to grow.

What is troubling is that this practice of adhering to groupthink and self-silencing is spreading like an epidemic.

The corporate world, the news media, the entertainment industry, and even educational institutes have all been silenced by the mob.

Individuals from this mob have been cultivated from a very young age. The indoctrination that begins young is often irreversible. For this mob, being offended or calling others pejorative epithets is the equivalent of being virtuous. Hence, they function like puritans who are perpetually looking for heresy to condemn.

Social media play a huge part in the development of groupthink. Quite often, P.R. firms use bots or dummy accounts to push their agenda, which gullible users presume to be the opinion of the majority. Frequently, a person or a firm is targeted for holding the “wrong” ideas.

The result is that some chose to self-silence. 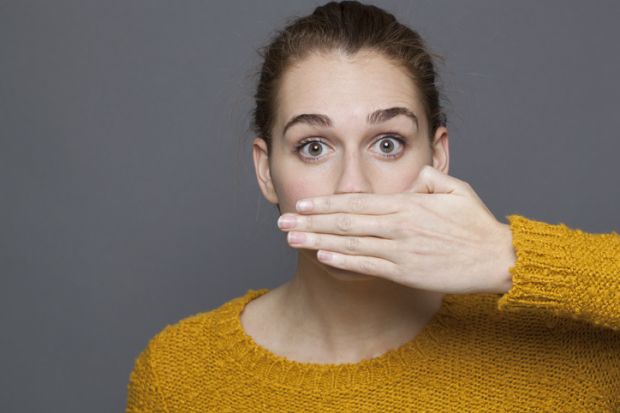 Most people want to live a simple life. They do not want to be ostracized or rendered unemployed and unemployable. Hence, they nod to the most ridiculous ideas to avoid being called anachronistic or bigoted.

Some hope they will be spared by appeasing the mob. They hope that by making slight compromises, they can avoid being attacked. But cowardice only emboldens a mob; in time, major compromises are demanded, and soon everything you held dear has melted into thin air.

It is also essential to understand that no individual, irrespective of how cautiously restrained they are, can always hold the mob-approved thoughts. It is only a matter of time before the mob turns on its appeasers. It therefore makes sense to challenge the mob when it takes its first step.

The mob often claims to hold the right ideas and that the rest are ignorant or bigoted. If the mob is indeed on the right side, it should be eager to debate and vanquish its opponents. But the mob does the exact opposite: instead of engaging, it shuts down its opponents. Despite its claims, it lives in perpetual fear that fresh ideas may sway its supporters away.

The mob always claims to be standing against fascism. Perhaps it fails to see the irony that it was fascists who suppressed opposing views and Nazis that burned books that they considered dissenting.

What is troubling is that government seems to be adopting these intimidatory tactics.

Last year, Biden’s FBI said it was investigating “a disturbing spike in harassment, intimidation, and threats of violence against school administrators, board members, teachers, and staff.”

The goal behind this announcement was to shut down critics of the undesirable occurrences within educational institutes.

Early this year, Homeland Security secretary Alejandro Mayorkas testified that the Department of Homeland Security had set up a Disinformation Governance Board to “work and to equip local communities, to identify individuals who could be descending into violence by reason of ideologies, hate, false narratives, or other disinformation and misinformation propagated on social media and other platforms.” The board is “paused” now.

The goal behind this board was to cause self-silencing.

This revelation that Americans are self-silencing should come as no surprise.

So what impact does this self-silencing have on society?

A deep resentment begins to brew as a result of the repression that is almost like a ticking time bomb.

It is said that to destroy a society, you first begin by killing ideas. An unexpressed idea is the equivalent of killing an idea.

All the great modern inventions, discoveries, great works of art, and literature exist because someone, somewhere dared to think differently — but most importantly, dared to express this difference of opinion without fear. If we had all stuck to consensus, we would probably be living in the Stone Age.

Freedom of expression emanates from freedom of thought. If people are censoring themselves, democratic values are being compromised.

The time to rise up against this sinister totalitarian cult is now, by being the change you want to see and expressing yourself freely.

The weapon that challenged time: the Sword of Goujian is 2000y/o and as sharp as the day it was crafted

The world is “just years away” from a Quantum Apocalypse, experts warn