The Nuremberg Code is one of the most influential documents in the history of clinical research. This article takes a closer look at its origins, its guidelines and its enduring impact. 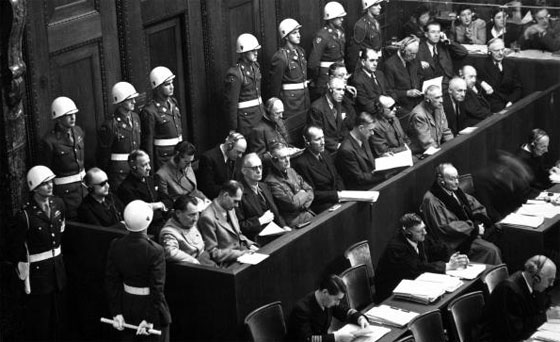 What is the Nuremberg Code?

When World War II ended in 1945, the victorious Allied powers enacted the International Military Tribunal on November 19th, 1945. As part of the Tribunal, a series of trials were held against major war criminals and Nazi sympathizers holding leadership positions in political, military, and economic areas. The first trial conducted under the Nuremberg Military Tribunals in 1947 became known as The Doctors’ Trial, in which 23 physicians from the German Nazi Party were tried for crimes against humanity for the atrocious experiments they carried out on unwilling prisoners of war. Many of the grotesque medical experiments took place at the Auschwitz concentration camp, where Jewish prisoners were tattooed with dehumanizing numbers onto their arms; numbers that would later be used to identify their bodies after death.

The Doctors’ Trial is officially titled “The United States of America v. Karl Brandt, et al.” and it was conducted at the Palace of Justice in Nuremberg, Bavaria, Germany. The trial was conducted there because that was one of the few largely undamaged buildings that remained intact from extensive Allied bombing during the war. It is also said to have been symbolically chosen because it was the ceremonial birthplace of the Nazi Party. Of the 23 defendants, 16 were found guilty, of which seven received death sentences and nine received prison sentences ranging from 10 years to life imprisonment. The other 7 defendants were acquitted.

The verdict also resulted in the creation of the Nuremberg Code, a set of ten ethical principles for human experimentation.

What are the Nuremberg Code’s ethical guidelines for research?

The Nuremberg Code aimed to protect human subjects from enduring the kind of cruelty and exploitation the prisoners endured at concentration camps. The 10 elements of the code are:

The significance of the Nuremberg Code

The Nuremberg Code is one of several foundational documents that influenced the principles of Good Clinical Practice (GCP). Good Clinical Practice is an attitude of excellence in clinical research that provides a standard for study design, implementation, conduct and analysis. More than a single document, it is a compilation of many thoughts, ideas and lessons learned throughout the history of clinical research worldwide.

Several other documents further expanded upon the principles outlined in the Nuremberg Code, including the Declaration of Helsinki, the Belmont Report and the Common Rule.

Although there has been updated guidance to Good Clinical Practice to reflect new trends and technologies, such as electronic signatures, these basic principles remain the same. The goal has always been – and always will be – to conduct ethical clinical trials and protect human subjects.

10 of the most memorable acts of civil disobedience in history

Big Tech pouring billions into harvesting blood of the young…

Globalists preparing another crisis in America as the Great…

What do mandatory vaccination and forced sterilization have…