Acacia catechu, commonly known as black cutch, is a deciduous tree from the legume (Fabaceae) family. It is native to India, other Asian countries and East Africa. A well-known medicinal plant, the bark and heartwood extract of black cutch are widely used in Ayurveda and Traditional Chinese Medicine (TCM). Ercha, a TCM remedy for cough, dysentery, indigestion and sores, is prepared using the heartwood extract of black cutch. The famous Ayurvedic skin tonic, khadirarishta, is also prepared using parts of black cutch. 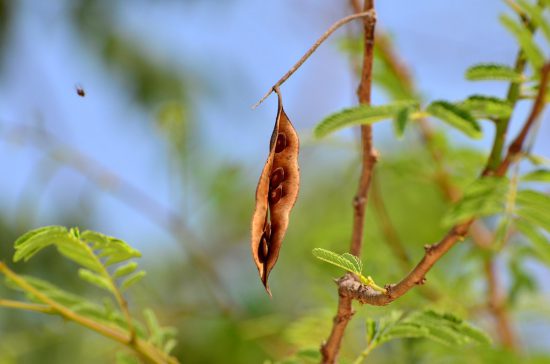 Besides skin conditions, herbal medicines containing black cutch extracts are used to treat a wide variety of diseases, including asthma, bronchitis, colic, diarrhea, ulcers, anemia and stomatitis. Recent studies have also found that the bark, heartwood and sap of this useful plant have many pharmaceutical properties, such as anthelmintic, antihyperglycemic, antipyretic and anti-inflammatory activities.

In a recent study, researchers at Mahatma Gandhi University in India explored the immune-modulating effects of black cutch hardwood extracts. Their goal is to find plant-derived immunomodulators that can stimulate the immune system or suppress immune response when needed. The researchers reported their findings in an article published in the Journal of Ayurveda and Integrative Medicine.

The immunomodulatory activities of black cutch

Black cutch has a long history of use in India, not only as a medicine for humans but also for animals. Veterinarians who still practice folk medicine often use extracts from the bark and heartwood of black cutch to treat a broken horn. Its sap, meanwhile, is commonly used to treat diarrhea and wounds in ruminants. In Kerala, a state in India’s Malabar Coast, people also drink a decoction made from black cutch heartwood for therapeutic purposes.

According to studies, the heartwood of black cutch is rich in bioactive compounds with medicinal properties. For instance, the catechins, rutin and isorhamnetin found in its heartwood extracts have shown potent antioxidant and free radical-scavenging activities. Other components, like epicatechin, kaempferol and quercetin, have also shown antidiabetic, antimicrobial, anti-inflammatory and anti-cancer activities, to name a few.

To determine if black cutch heartwood extract has immunomodulatory properties, the researchers analyzed its effect on phagocytosis, antibody-producing cells in the spleen, delayed type hypersensitivity (DTH), nitric oxide (NO) production, TNF-⍺ and IL-10 production by LPS-stimulated macrophages and splenocyte (white blood cells in the spleen) proliferation.

For their in vivo experiment, the researchers treated mice with different concentrations of the extract and looked at their antibody production and immune response. They also treated macrophages and mouse splenocytes with the extract and evaluated its effect on phagocytic activity. In addition, they looked at the cells’ NO production and TNF-a and IL-10 expression to determine anti-inflammatory activity.

The researchers reported that the black cutch heartwood extract increased the amount of antibodies in the blood of treated mice in a dose-dependent manner. The extract also increased the number of antibody-producing cells in the animals’ spleens. This suggests that the extracts can stimulate humoral (antibody-mediated) immune response.

Based on these findings, the researchers concluded that black cutch has immunomodulatory effects that can influence humoral, cell-mediated and non-specific immune responses.

18 reasons we won’t be getting a COVID vaccine