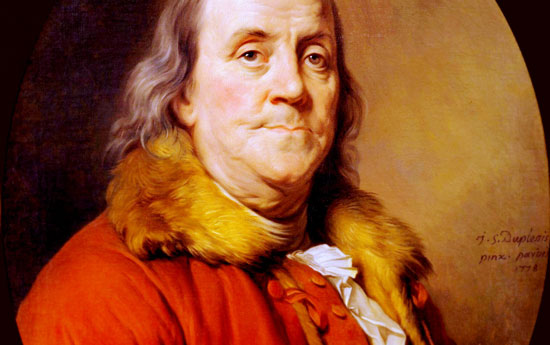 It’s one of the oldest military strategies in the books, and it’s proven to be the police state’s most effective weapon for maintaining the status quo.

How do you conquer a nation?

Distract them with football games, political circuses and Black Friday sales. Keep them focused on their differences – economic, religious, environmental, political, racial – so they can never agree on anything. And then, when they’re so divided that they are incapable of joining forces against a common threat, start picking them off one by one.

For example, what Americans witnessed at Standing Rock, where activists gathered two years ago to protest the Dakota Access Pipeline construction on Native American land, was the incarnation of the government’s battle plan for stamping out any sparks of resistance and keeping the populace under control: battlefield tactics, military weaponry and a complete suspension of the Constitution.

This is what martial law looks like, when a government disregards constitutional freedoms and imposes its will through military force.
Only this is martial law without any government body having to declare it.
This is martial law packaged as law and order and sold to the public as necessary for keeping the peace.

These overreaching, heavy-handed lessons in how to rule by force have become standard operating procedure for a government that communicates with its citizenry primarily through the language of brutality, intimidation and fear.

What Americans have failed to comprehend is that the police state doesn’t differentiate.

In the eyes of the government – whether that government is helmed by Barack Obama or Donald Trump or Hillary Clinton – there is no difference between Republicans and Democrats, between blacks and whites and every shade in the middle, between Native Americans and a nation of immigrants (no matter how long we’ve been here), between the lower class and the middle and upper classes, between religious and non-religious Americans, between those who march in lockstep with the police state and those who oppose its tactics.

This is all part and parcel of the government’s plan for dealing with widespread domestic unrest, no matter the source.

A 2008 Army War College report revealed that “widespread civil violence inside the United States would force the defense establishment to reorient priorities in extremis to defend basic domestic order and human security.” The 44-page report goes on to warn that potential causes for such civil unrest could include another terrorist attack, “unforeseen economic collapse, loss of functioning political and legal order, purposeful domestic resistance or insurgency, pervasive public health emergencies, and catastrophic natural and human disasters.”

Subsequent reports by the Department of Homeland Security call on the government to identify, monitor and label right-wing and left-wing activists, military veterans and sovereign citizens as extremists (the words extremist and terrorist are used interchangeably in the reports).

These reports indicate that for the government, anyone seen as opposing the government – whether they’re Left, Right or somewhere in between – is labeled an extremist.

Are you starting to get the picture?
What americans are dealing with is a full-blown case of national hypocrisy.
For too long now, the American people have allowed their personal prejudices and politics to cloud their judgment and render them incapable of seeing that the treatment being doled out by the government’s lethal enforcers has remained consistent, no matter the threat.

The government’s oppressive tactics have not changed.
The same martial law maneuvers and intimidation tactics used to put down protests and muzzle journalists two years ago in Ferguson and Baltimore are being used to flat-line protesters and journalists at Standing Rock this year.

The same infiltration and surveillance of ranch activists opposing the Bureau of Land Management in Oregon and Nevada over the past several years were used against nonviolent anti-war protesters more than a decade ago. That same mindset was embodied in the use of surveillance against those who gathered for Barack Obama’s inauguration ten years ago.

The same brutality that was in full force 20-plus years ago when the government raided the Branch Davidian religious compound near Waco, Texas – targeting residents with loud music, bright lights, bulldozers, flash-bang grenades, tear gas, tanks and gunfire, and leaving 80 individuals, including two dozen children dead – were on full display more than 50 years ago when government agents unleashed fire horses and police dogs on civil rights protesters, children included.
The more things change, the more they stay the same.

The sticking point is not whether Americans must see eye-to-eye on these varied issues but whether they can agree that no one should be treated in such a fashion by their own government. Americans greatest defense against home-grown tyranny has always been our strength in numbers as a citizenry.

America’s founders hinted at it again and again. The Declaration of Independence refers to “one people.” The preamble to the Constitution opens with those three powerful words: “We the People.” Years later, the Gettysburg Address declared that we are a “government of the people, by the people, for the people.” 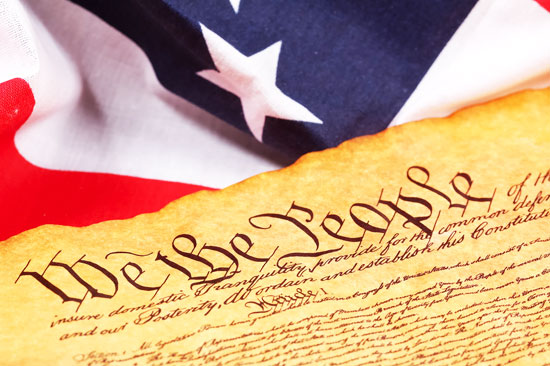 Despite these stark reminders that the government exists for our benefit and was intended to serve our needs, “We the People” have yet to marshal our greatest weapon against oppression: our strength lies in our numbers.

Had 318 million Americans taken to the streets to protest the government’s SWAT team raids that left innocent children like Aiyana Jones or Baby Bou Bou dead or scarred, there would be no 80,000 SWAT team raids a year.

Had 318 million Americans raised their voices against police shootings of unarmed citizens such as Alton Sterling and Walter Scott, there would be far less use of excessive force by the police.

Had 318 million Americans stood shoulder-to-shoulder and rejected the ruling oligarchy, pork barrel legislation, profit-driven prisons, endless wars and asset forfeiture schemes, government corruption would be the exception rather than the rule.

Had 318 million Americans told the government to stop drilling through sacred Native American lands, stop spraying protesters with water cannons in below-freezing temperatures, stop using its military might to intimidate and shut down First Amendment activity, and to stop allowing Corporate America to dictate how the battle lines are drawn, there would be no Standing Rock.
Unfortunately, 318 million Americans have yet to agree on anything, especially the source of their oppression.

This is how tyrants come to power and stay in power.
Authoritarian regimes begin with incremental steps. Over criminalization, surveillance of innocent citizens, imprisonment for nonviolent – victimless – crimes, etc. Slowly, bit by bit, the citizenry finds its freedoms being curtailed and undermined for the sake of national security.

No one speaks up for those being targeted. No one resists these minor acts of oppression. No one recognizes the indoctrination into tyranny for what it is.

In the book Battlefield America: The War on the American People, it is presented how, historically speaking, this failure to speak truth to power has resulted in whole populations being conditioned to tolerate unspoken cruelty toward their fellow human beings, a bystander syndrome in which people remain silent and disengaged – mere onlookers – in the face of abject horrors and injustice.

Time has insulated us from the violence perpetrated by past regimes in their pursuit of power: the crucifixion and slaughter of innocents by the Romans, the torture of the Inquisition, the atrocities of the Nazis, the butchery of the Fascists, the bloodshed by the Communists, and the cold-blooded war machines run by the military industrial complex.

People can disassociate from such violence. People can convince themselves that they are somehow different from the victims of government abuse. Americans can treat news coverage of protests such as Standing Rock and the like as just another channel to flip in our search for better entertainment. Americans can continue to spout empty campaign rhetoric about how great America is, despite the evidence to the contrary. Americans can avoid responsibility for holding the government accountable. Americans can zip their lips and bind our hands and shut our eyes.

In other words, Americans can continue to exist in a state of denial.
Whatever people do or don’t do, it won’t change the facts: the police state is here.
“There comes a time,” concluded Martin Luther King Jr., “when silence is betrayal.”
The people of Nazi Germany learned this lesson the hard way.

The people of the American Police State will never have any hope of fighting government tyranny if we’re busy fighting each other. When all is said and done, the only thing Americans really need to agree on is that they are all Americans.

So if this isn’t your fight – if you believe that authority is more important than liberty – if you don’t agree with a particular group’s position on an issue and by your silence tacitly support the treatment meted out to them – if you think you’re a better citizen or a more patriotic American – if you want to play it safe – and if don’t want to risk getting shot, tased, pepper-sprayed, struck with a baton, thrown to the ground, arrested and/or labeled an extremist – then by all means, remain silent. Stand down. Cower in the face of the police. Turn your eyes away from injustice. Find any excuse to suggest that the so-called victims of the police state deserved what they got.

But remember, when that rifle (or taser, or water cannon, or bully stick) finally gets pointed in your direction – and it will – when there’s no one left to stand up for you or speak up for you, remember that you were warned.

Shocking study finds that mobile devices can zap your MEMORY

That Is Natural Health? A Comprehensive Guide to Living Healthy (1)