In a certain province in China, more than 99 percent of all the children have been vaccinated against measles with the MMR vaccine, but the disease still runs rampant. Do not speak of this case study in America, especially if you work in the fake news MSM or are employed at the highly corrupt CDC, or you will be fired. Do not post this article on social media or YouTube either, or you will be banned, blacklisted and demonetized. 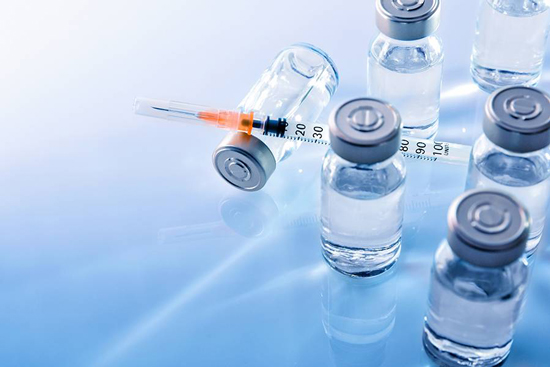 The theory of vaccines is legitimate, but today’s vaccines contain so many neurotoxins, genetically modified bacteria, heavy metals, foreign animal proteins, live combinations of deadly viruses, and severe allergens, that anybody in their right mind wants legitimate answers to valid questions, but won’t get any.

That’s why medical doctors and the entire pro-vaccine community shuts down all discussions of vaccines, and no longer tries to push the propaganda in the news – because the more they talk about it, the less people believe in modern vaccines and the less patients accept the dogma. The vaccine skeptics are winning the war, just by simply discussing the repercussions of getting vaccines. The bottom line is you’re safer getting the diseases than getting the vaccines, and it’s been that way for the past few decades. Read the facts.

Measles vaccine does NOT WORK as advertised

The more the media advertises and propagates measles outbreaks, the more the public figures out that the outbreaks occur in fully vaccinated populations. The media and CDC are quick to flip the blame and say those children’s vaccine “immunity” wore off, and they just needed more frequent boosters, but that’s just one more lie piled on top of a whole pack of lies.

Scientists describe vaccine immunity as “plastic immunity” because while one line of your immune system, antibodies, are built up, your main system, cellular immunity, goes to sleep. The trade off is scary and dangerous.

Chinese and American research, studies, and data prove without a shadow of a doubt that disease outbreaks are more common among vaccinated children. Getting a case of the wild measles provides lifetime immunity. Give a child some key supplements, like vitamins A, C, and D, and their immune system is plenty strong to deal with measles and chicken pox. Informed parents are happy when their kids get measles or chicken pox, because children rarely suffer complications.

Some parents will literally take their children to someone’s house to play with children who have measles or chicken pox to go ahead and get it over with. This makes sense. To consider vaccines for these infectious diseases means rolling the dice with lifelong asthma, eczema, extreme allergies to vaccine ingredients (peanuts, eggs, dairy, MSG, latex), and yes, autism.

The autism epidemic has exploded with the CDC’s vaccine regimen of 50-plus jabs before age 7. “Herd immunity” has been exposed as a failure and a hoax. In fact, the vaccinated kids are the ones spreading the diseases to their friends and schoolmates during the two weeks after they’re inoculated – it’s called shedding. We’re witnessing an entire generation of vaccine-abused children who have zero cellular immunity and who spread disease. This is the discussion the media, and CDC, do NOT want anyone engaged in.

Think about it. If vaccines were actually safe and effective, would Congress have needed to grant the vaccine industry complete immunity from being sued for vaccine damage and deaths? Would the vaccine industry need a slush fund of $4 billion to quiet the parents of children who are permanently maimed from getting injected with contaminated African Green Monkey kidney cells and two deadly strains of a pig virus called Circovirus, all of which have no business whatsoever in childhood vaccines?

It’s vaccine insanity, and the industry does not want anyone thinking critically about it, so all debates are now being struck from the media, leaving only scare tactics and fear-based propaganda.

Recently, mainstream (“lamestream”) media outlets plastered stories about the measles vaccine far, wide, and frequently in their fake news, hoping to stir up fear and a “measles mania” mad dash for vaccination. It was all sensationalized, as usual, but ironically, the media shot themselves in the foot (pun intended). The more the news pressed on about vaccine controversy and the politics surrounding it, the less Americans supported vaccination. Hilarious.

In other words, reporting on the conflict of “pro-vaxxers” versus “anti-vaxxers” strengthened the questioning of the safety and efficacy of vaccines, resulting in fewer people getting their kids jabbed with known neurotoxins and GMOs.

If you live in USA, have you or your children been injured by the CDC’s admittedly ineffective and unsafe vaccines? You can utilize the national, federal program VICP (Vaccine Injury Compensation Program) to get mad money from their slush fund. Just call 800-338-2382, but remember, they put a time limit for filing claims, knowing the catastrophic long-term health detriment of toxic jabs is real. Tune in to Vaccines.news for updates on the really important debates you should be having about vaccines.

So, what’s REALLY in vaccines that makes them so unsafe and ineffective? Find out in this short video: