Everybody run! It’s MEASLES! Noooooooooooooooooooooooo! The horror! An epidemic! Forcibly vaccinate these fools who are a danger to us all—walking timebombs of disease! This is biological terrorism!

Yes, except–not so much, when you really look at it. As usual, the conventional wisdom that is so condescendingly purveyed by those who trust “the experts” is deeply flawed at best, and outright wrong at worst.

In this article we offer a sampling of some thought-provoking commentary on the vaccinsanity. 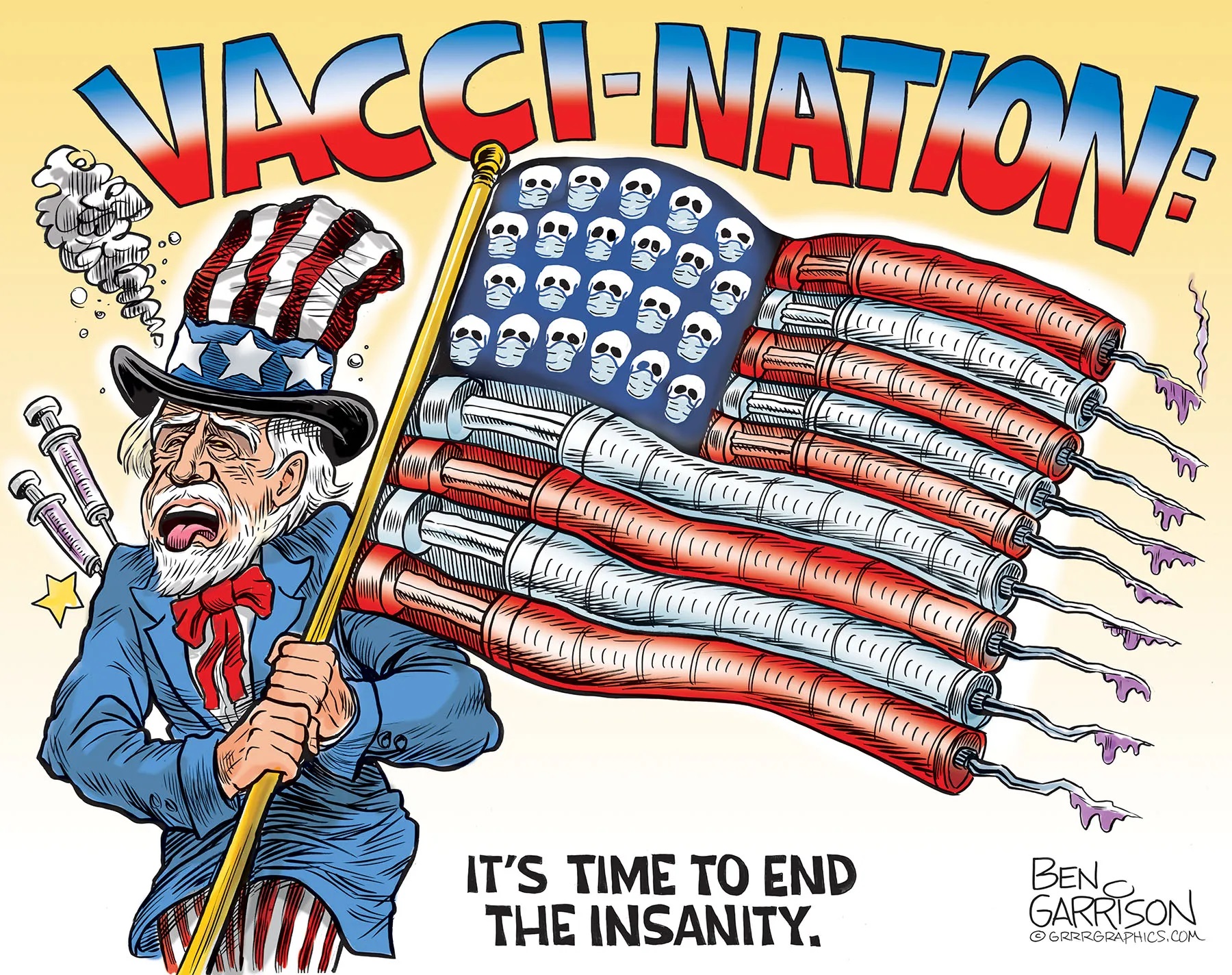 First, regarding those “experts,” who deliver only 14-karat gold truth in oh so respectable peer-reviewed journals:

“It is simply no longer possible to believe much of the clinical research that is published, or to rely on the judgment of trusted physicians or authoritative medical guidelines.

I take no pleasure in this conclusion, which I reached slowly and reluctantly over my two decades as an editor of The New England Journal of Medicine.” —Marcia Angell, MD (“Drug Companies and Doctors: A story of Corruption.” NY Review of Books, Jan. 15, 2009.)

The article where we found this quote—by Jon Rappoport–explains what is going on quite well (“Conscience-control media: Brian Williams, fake science, and the reality egg,” No More Fake News):

Notice that when a news anchor takes an unimpeachable statement from a scientist, they both sound like scientists. The double whammy.

It impresses the rubes and yokels and even the well-educated viewers.

This is no accident.

It’s a system of persuasion.”

But as this article (“How vaccine hysteria could spark totalitarian nightmare,” World Net Daily, February 4, 2015) by Dr. Lee Hieb points out, “science” is always evolving, always taking in new and better information while rejecting the old, so that at any given point in time, “the science” is only the best guess at that time, not forever and ever:

“Science is never ‘concluded.’ Mr. Obama and other ideologues may think the truth is finalized (‘The science is indisputable’), but the reality is our understanding of disease and treatment are constantly being updated.

Just like Newton’s mechanical paradigm of the universe was supplanted by Einsteinian physics, and physicists today modify that view, medical ‘truth’ is not the truth for long.

In an attempt to quantify change in medicine, years ago a cardiology journal discussed ‘The Half-life of Truth’. Cardiologists looked back in their journal at 20-year-old articles to see how much of what was believed then was still believed to be true. The answer? 50 percent.”

So why have so many concluded that vaccines are the ultimate answer and that anyone who refuses them is not only a wrongheaded twit but also a careless, cold criminal?  They fell for it—they were browbeaten again and again with Rappoport’s “system of persuasion.”

It’s extremely hard not to fall for it.

The persuasion system is useful to the establishment because its inoculations apparently give “herd immunity” against independent, critical thinking.  Because critical thinking might make one wonder whether or not the vaccines really work, a question on which Dr. Hieb provides some statistics:

Despite control efforts and a highly vaccinated population, this epidemic has spread across Iowa and potentially to neighboring states. According to the CDC, ‘During the prevaccine era, nearly everyone in the United States experienced mumps, and 90 percent of cases occurred among children, although 97 percent of children entering school in Iowa had received two doses of MMR vaccine.’ 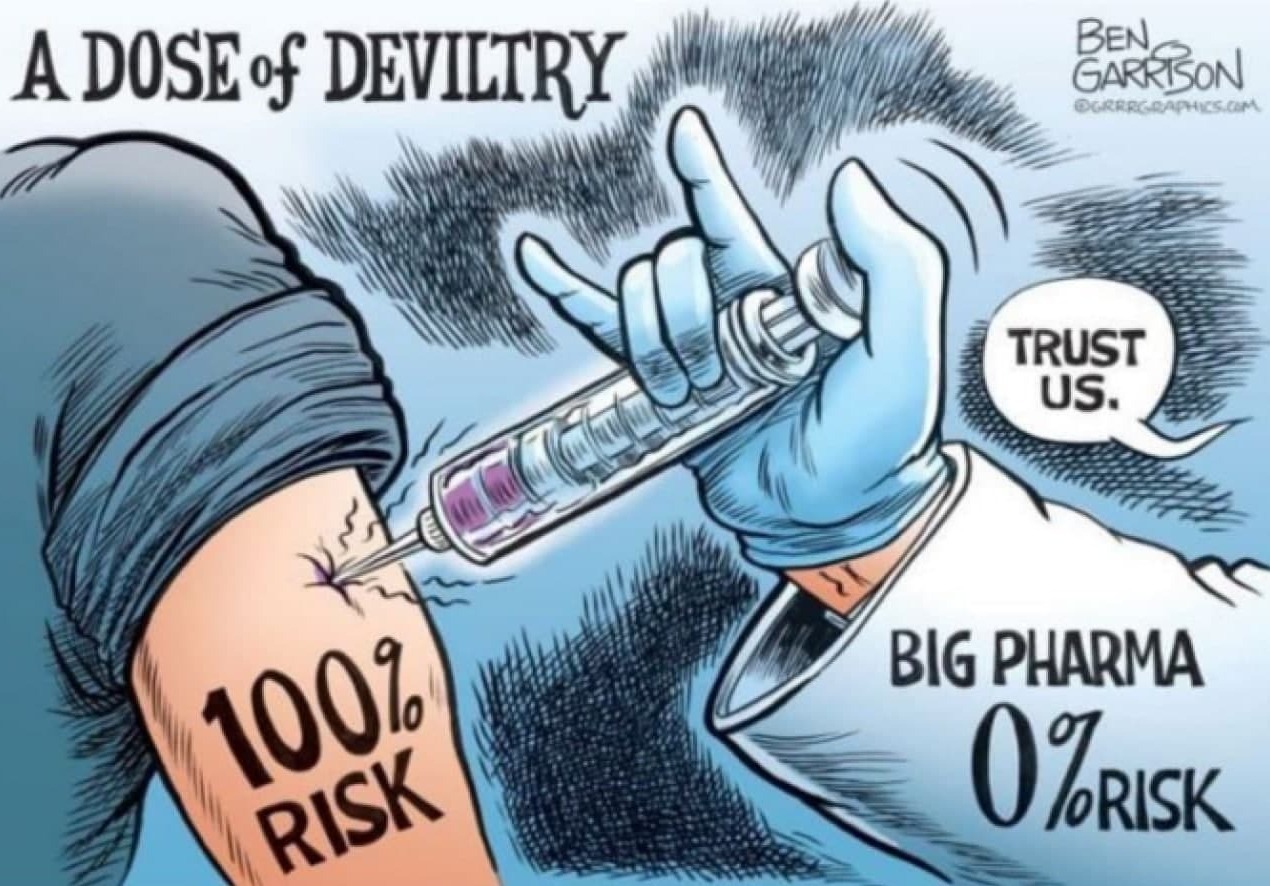 Of note, this outbreak mostly occurred in young adults of college age who had received the vaccine. Only 6 percent of those affected were known to be unvaccinated, 12 percent received one dose of MMR vaccine, 51 percent had two doses of MMR vaccine, and 31 percent (mostly adults) were not sure of their immunization history.

In 2008-2009, Australia had epidemics of whooping cough and measles. Health authorities there must reveal the vaccination status of children in epidemics. Eighty-four percent of Australian children who got whooping cough were fully vaccinated, and 78 percent who got measles had record of measles vaccination.

In the 2010 outbreak of whooping cough in California, well over half the victims were fully vaccinated.”

And while we’re looking at data from places that aren’t America, consider the fact that in 2012 and 2014, Italian courts ruled that vaccines do in fact cause autism, as detailed in an article entitled “U.S. Media Blackout: Italian Courts Rule Vaccines Cause Autism” (Health Impact News, Feb. 6, 2015):

“On September 23, 2014, an Italian court in Milan awarded compensation to a boy for vaccine-induced autism. (See the Italian document here.) A childhood vaccine against six childhood diseases caused the boy’s permanent autism and brain damage.

While the Italian press has devoted considerable attention to this decision and its public health implications, the U.S. press has been silent.

Two years earlier, on May 23, 2012, Judge Lucio Ardigo of an Italian court in Rimini presided over a similar judgment, finding that a different vaccine, the Measles-Mumps-Rubella vaccine (MMR), had caused a child’s autism. As in the Milan case, the Ministry of Health’s compensation program had denied compensation to the family, yet after a presentation of medical evidence, a court granted compensation. There, too, the Italian press covered the story; the U.S. press did not.

In that case, a 15-month old boy received his MMR vaccine on March 26, 2004. He then immediately developed bowel and eating problems and received an autism diagnosis with cognitive delay within a year. The court found that the boy had ‘been damaged by irreversible complications due to vaccination (with trivalent MMR).’ The decision flew in the face of the conventional mainstream medical wisdom that an MMR-autism link has been debunked.”

So let’s review—we have a doctor who edited a prestigious, peer-reviewed medical journal for years who says you can’t trust findings published in medical journals, another doctor who says vaccines do not have the efficacy they are touted to have, and two different court decisions finding that vaccines caused autism.

Does that give anyone pause?  If not, why not?  At some point, one has to ask whether or not one’s conditioning is contrary to the truth.

And lastly, again regarding the vaccine-autism link, we can’t forget about the testimony of the CDC’s William Thompson, who in 2014 revealed that he had been a coauthor of a study that was published in the peer-reviewed journal Pediatrics and that he and his coauthors had omitted pertinent data regarding increased risk of autism from the MMR vaccine.  Here is the pertinent part of his press release:

“I regret that my coauthors and I omitted statistically significant information in our 2004 article published in the journal Pediatrics.

The omitted data suggested that African American males who received the MMR vaccine before age 36 months were at increased risk for autism.

Decisions were made regarding which findings to report after the data were collected, and I believe that the final study protocol was not followed.”

How did his “peers” not catch this omission?

Were they even trying to catch it?

How often does this occur?

Does anyone still think that “peer-reviewed” necessarily confers the imprimatur of the pinnacle of knowledge?  Anyone still convinced beyond the shadow of a doubt that vaccines don’t cause autism?

Thompson himself is not convinced, as he states further along in his press release:

“Reasonable scientists can and do differ in their interpretation of information. I will do everything I can to assist any unbiased and objective scientists inside or outside the CDC to analyze data collected by the CDC or other public organizations for the purpose of understanding whether vaccines are associated with an increased risk of autism.

There are still more questions than answers, and I appreciate that so many families are looking for answers from the scientific community.”

More questions than answers regarding a vaccine-autism link?  A CDC scientist thinks so.  So why not the needle-pushers?