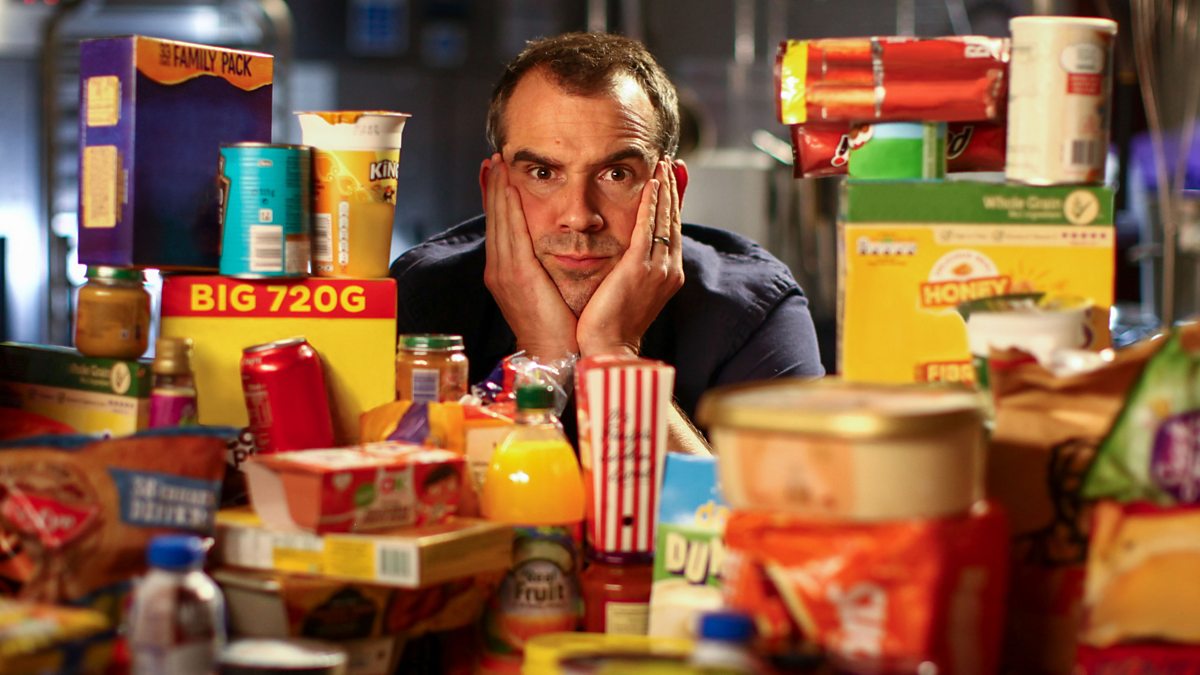 It likely comes as no surprise that eating a diet filled with ultraprocessed foods is unhealthy. Research has demonstrated ultraprocessed foods can increase your caloric intake and weight gain. Data gathered from 2009 to 2010 from the National Health and Nutrition Examination Survey showed ultraprocessed foods made up 57.9% of the energy intake of Americans and sugar contributed 89.7% of the energy intake. By 2019, a study published in the journal Nutrients found 71% of packaged products in the grocery store were ultraprocessed. Researchers from Northwestern Medicine estimated nearly 80% of the total calories consumed by Americans is from store-bought food and beverages.

The researchers also compared the food supply in the U.S. against other western countries like Australia, finding packaged foods Americans were eating had higher median amounts of sugar and salt. These foods contribute to the rising level of obesity across the world.

The Centers for Disease Control and Prevention reported that from 2017 to 2018, the prevalence of obesity was 19.3% in children and adolescents aged 2 to 19 years. However, as data have demonstrated and one BBC reporter illustrated, what you eat is a key factor in your health.

BBC reporter eats only ultraprocessed food for one month

BBC television presenter Dr. Chris van Tulleken was interested in what would occur if he modify his diet for just one month. Tulleken, presenter of “What Are We Feeding our Kids?” was curious about how ultraprocessed foods affect our bodies. The BBC reports that in the U.K, as in the U.S., over half the energy from food in the average diet comes from ultraprocessed products.

Over one month, 42-year-old Tulleken increased his daily intake of ultraprocessed products from 30% to 80%, mimicking how 20% of the U.K. population eats. At the end of four weeks, Tulleken experienced a myriad of changes to his health, including: poor sleep, heartburn, anxiety, sluggishness, low libido, unhappy feelings, hemorrhoids (from constipation), weight gain of 7 kilograms (15.4 pounds).

“I felt ten years older, but I didn’t realize it was all [because of] the food until I stopped eating the diet,” Tulleken told the BBC. This is telling, since the physician purposefully changed his diet and yet did not recognize feeling 10 years older in one month was associated with the food he was eating.

How much more difficult might it be to convince others that the way they are feeling is related to the chemicals they are consuming? At the rate he gained weight, he believed if he’d continued for six months, he would have gained 6 stone (84 pounds).

These were the health effects Tulleken could identify without testing. He also underwent several measurements of health biomarkers, which demonstrated significant changes from only four weeks of eating ultraprocessed foods.

Brain scans showed that the diet had created new links in his brain from areas responsible for reward to areas that drive automatic and repetitive behavior. This is a similar response to taking classically addictive substances, such as tobacco, alcohol and drugs.

The brain changes that occurred in the short time that Tulleken had consumed high amounts of processed products were not permanent. However, it isn’t possible to make the same assumption if the diet is followed for months or years. Additionally, Tulleken points out “if it can do that in four weeks to my 42-year-old brain, what is it doing to the fragile developing brains of our children?” 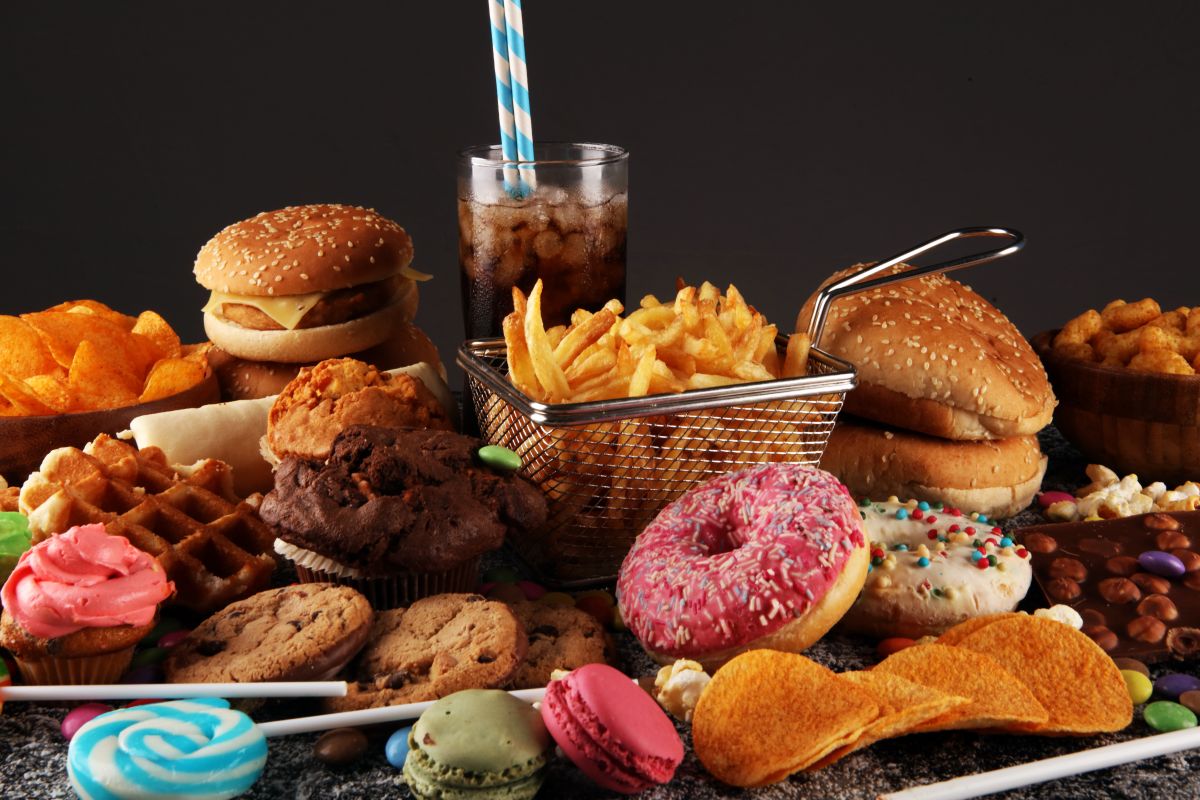 You eat more when you eat ultraprocessed foods

Tulleken also discovered he consumed about 500 calories more each day than he had before he began the ultraprocessed diet. This was consistent with a study from the National Institutes of Health conducted by Kevin Hall, Ph.D., senior investigator at the NIH Intramural Research Program. In Hall’s research he compared two diets that were matched for macronutrients, sugar, salt and fiber content.

These results were consistent with Tulleken’s experience, as his ghrelin level increased by 30% during the four weeks that he ate ultraprocessed products. In that month he found himself craving food more often and eating more quickly, which likely contributed to eating more food. What is classified as an ultraprocessed food may surprise you.

NOVA16 classifies food categories according to the extent and purpose of processing, rather than the nutrients found in the food. NOVA categories are recognized as a valid tool for nutrition and public health research and are used in reports from the United Nations and Pan American Health Organization.

According to NOVA, ultraprocessed food and beverages have industrial formulations, typically with five or more of these types of ingredients. Below is a list that is not all inclusive but does offer insight into the types of foods that are considered ultraprocessed.

As you can see, some are products that are touted as a healthy food choice, such as breakfast cereals, energy bars and fruit yogurt.

Several studies have identified disease risks that are associated with consumption of ultraprocessed foods. In one study, researchers collected data on dietary intake from 105,159 participants. Their main outcome measurement was the risk of cardiovascular and cerebrovascular diseases.

The mean follow-up was 5.2 years, during which the researchers found intake of ultraprocessed foods was associated with a higher risk of cardiovascular disease. The results were statistically significant even after adjusting for markers of nutritional quality and after a large range of sensitivity analysis.

As Tulleken experienced, and many studies have reported, eating a diet high in ultraprocessed foods increases your risk of obesity. In turn, as the Centers for Disease Control and Prevention reports, obesity increases an adult’s risk for many serious diseases, including:

One of the top causes of death researchers have linked to eating ultraprocessed products is cancer. The significant role that metabolism plays on cancer cells is clear and based on the findings of Dr. Otto Warburg, a classically trained biochemist who received the Nobel Prize in physiology or medicine in 1931 for his discovery of the nature and action of cancer cell metabolism.

Smoking has been in the No.1 spot for preventable causes of cancer for decades. However, it appears obesity is not far behind. According to Dr. Otis Brawley, professor of oncology at Johns Hopkins University and past chief medical officer of the American Cancer Society, this may occur within the next five to 10 years.

Compared to a normal weight range, obesity increases the likelihood of cancer recurrence and is associated with a lower likelihood of survival. While the exact mechanisms behind the cancer-obesity link are not fully understood, researchers are focusing on studying visceral fat, as it is metabolically active and may spur cellular growth.

As Tulleken discovered, ultraprocessed food is designed to be appealing, hyperpalatable and habit forming. This is all thanks to additives, crafty packaging and marketing and “convenience.” Unfortunately, these ultraprocessed products are filled with empty calories and devoid of vitamins, minerals, liver enzymes, micronutrients, high-quality fats and protein.

Dr. Aseem Malhotra is an honorary consultant cardiologist at Lister Hospital in Stevenage, England. According to an article he wrote in European Scientist, ultraprocessed foods cause: “… chronic metabolic disease which can affect many of ‘normal’ weight. Furthermore, sarcopenic obesity may misclassify many elderly patients to having a normal BMI on hospital admission with covid-19 … There’s no such aspect as a healthy weight, only a healthy person.

Since Malhotra’s assertion in early 2020, multiple studies have been published that showed comorbidities such as obesity and Type 2 diabetes increase the risk of severe covid-19 and worse outcomes. This has suggested to scientists that metabolic syndrome and the consequences from it may be a “better prognostic indicator” for severe outcomes than the individual components of the syndrome.

Your diet is a key factor in health and longevity

As decades of data have demonstrated, the foods you eat are a key factor and a prognostic indicator of your overall health and expected longevity. Undoubtedly, there is a serious health epidemic across the world, and it is not covid-19. The obesity epidemic has no quick and easy answer, and much of it is linked to diet. The consequences of this health condition are far reaching and can be lethal.

It is crucial to remember that the food you eat is the foundation on which your health is built. Therefore, eating a processed food diet is a recipe for long-term disaster. If you have access to real food, it is important to take the time to learn to cook from scratch and make the most of any leftovers.

With a little bit of dedication and planning, it is also possible to grow your own produce at home, even in small spaces, including indoors. Consuming a diet of 90% real food and 10% or less processed food is achievable and may make a significant difference in weight management and overall health.