5G the most serious threat to public health ever

The telecom industry is chomping at the bit to roll out its next generation of wireless technology, formally known as 5G. But just like with smart meters, 5G is shaping up to become yet another radioactive nightmare for those exposed to it – not to mention the fact that some 20,000 5G satellites are expected to be launched in to space in 2019, which will make exposure to 5G virtually inescapable. 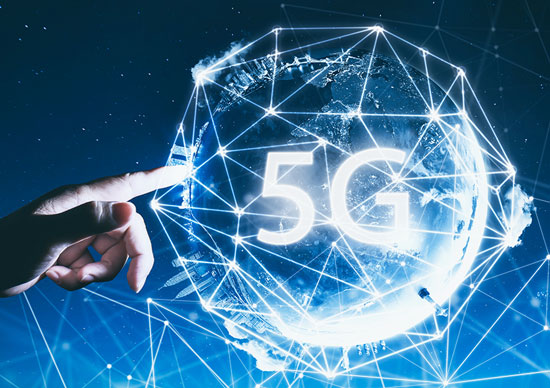 We already know that, because of how much power and speed it’s expected to deliver, 5G technology will require that cell towers be placed in extremely close proximity to one another – with at least one antenna per every 10 to 12 homes in urban regions. This densely-packed grid of EMF (electromagnetic frequency) transmitters will emit unprecedented levels of cancer-causing radiation, with no possible means by which to opt-out.

Furthermore, 5G radiation will be directed energy as opposed to spread energy – meaning microwave beams from transmitter to receiver will be more focused than ever before. This will almost certainly result in higher doses of ionizing radiation entering people’s bodies, particular in the brain area where people place their mobile phones.

“Previous generations of RF cellular communication used large antennas to send a blanket of radiation in all directions,” writes John P. Thomas for GreenMedInfo.com. “The lower frequencies they used and the broad distribution of microwaves limited the numbers of cellular devices that could connect through an individual tall tower.”

“The much shorter length microwaves used for 5G will make it possible to use small phased array antennas to send and receive signals,” he adds, explaining how phased array antennas shoot radiation at their targets “just like a bullet.”
“A cluster of these tiny antennas can be arranged in a 4 inch by 4 inch matrix … The rays of microwaves they produce will be strong enough to pass through walls and human bodies. If they were not strong enough to do this, then everyone with a 5G smartphone would have to stand outside when using the devices.”

According to author, researcher, and RF (radio-frequency) truth-teller Arthur Firstenberg, there’s another very serious issue with 5G technology that almost nobody is talking about, and it has to do with the way that 5G electromagnetic fields interact with the human body.

In an analysis of 5G radiation that he published way back in 2002, long before the technology was given the green light by industry-compromised politicians, Firstenberg explained how, because 5G electromagnetic pulses are extremely short and delivered in bursts, they actually replicate inside the body to create tiny new 5G antennas internally.

“… When extremely short electromagnetic pulses enter the body [5G], something else happens: the moving charges themselves become little antennas that re-radiate the electromagnetic field and send it deeper into the body,” he wrote.
“These re-radiated waves are called Brillouin precursors … They become significant when either the power or the phase of the waves changes rapidly enough … This means that the reassurance we are being given – that these millimeter waves are too short to penetrate far into the body – is not true.”

In other words, there’s nothing at all safe about 5G, and concrete evidence has existed for nearly two decades to show that it’s arguably the most serious threat to public health ever. And yet, because our nation is no longer represented by public officials who serve the people, but who instead serve corporations, it’s only a matter of time before 5G blankets the country and planet, provoking untold harm on all life forms.

Yes, men and women are physiologically different, and new science proves it

The Next Big Bang: Human Consciousness & the Universe’s Ultimate Secret (2)