The latest spying and surveillance device from Amazon has been released in the form of a “Halo Band,” which is similar to an Apple Watch or a Fitbit but different in that it actively collects personal information to send back to the mothership.

The tech marvel comes at an introductory price of $65, but will eventually cost $100 with a $4 monthly subscription fee. It comes equipped with a microphone for recording people’s conversations, though unlike an Apple Watch it has no screen and emits no sounds or vibrations. 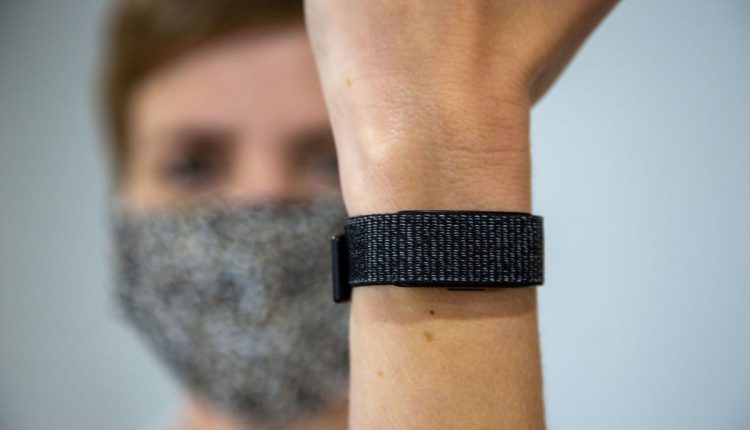 The Halo Band is basically a listening device that is being marketed as a “health and fitness” tool. Amazon CEO Jeff Bezos claims it can help people to stay healthy by actively probing their bodies with proprietary scanning technology. “The Halo Band asks you to strip down and strap on a microphone so that it can make 3-D scans of your body fat and monitor your tone of voice,” reads a Washington Post review of the technology. “It will tell you if you haven’t exercised or slept enough; it will describe your tone of voice; and all those pictures of your body and all those voice recordings will get analyzed by the tracker’s machine learning technology.”

Compared to all other similar devices on the market, the review goes on to explain, Amazon’s Halo Band is by far the most invasive. The irony, however, is that the expansive data it collects is put to almost no legitimate use as far as the end user is concerned.

“The Halo collects the most intimate information we’ve seen from a consumer health gadget – and makes the absolute least of it,” the review states. “This wearable is much better at helping Amazon gather data than at helping you get healthy and happy.”

In essence, Amazon’s Halo Band is a wearable Alexa that cannot play music or really do much of anything beyond send your personal information to Jeff Bezos and his spies.

Meanwhile, the company is busy banning books about the Wuhan coronavirus (COVID-19) that question the official government narrative about the “pandemic.”

James Perloff’s title COVID-19 and the Agendas to Come: Red-Pilled, for instance, was yanked from Amazon’s website after racking up a modest 3,500 copies sold.

The first sign of trouble was when Amazon requested that Perloff “clarify [his] rights to the book,” which he had already done before putting it up for sale back in August. Before he could finish compiling the requested information, Amazon notified Perloff that his book was removed during a “quality assurance review” for violating Amazon’s “content guidelines.”

When Perloff asked Amazon to specify what guidelines were violated, the company responded with a vague statement about how the “subject matter” of the book is “in violation” of the company’s content requirements.

So while claiming to support people’s health with the Halo Band, Amazon is simultaneously preventing people from learning more about how to protect themselves against contracting the Chinese Virus. Makes sense, right?

Supporting the Amazon beast means also supporting invasive tech like the Halo Band, as well as the suppression of free speech via Amazon’s digital “book burnings.”

“[Amazon has] become another behemoth of a corporation with far-reaching tentacles,” writes Evan James for Big League Politics. “Although we may love the fast shipping and convenience they offer, they’re just another branch – albeit a rather large one – of censor-happy Woke Capital.”