According to the American Heart Association (AHA), death from cardiovascular disease could be reduced by 1.2 million people over the next decade if Americans limited their sodium intake to just 1,500 milligrams. Dieticians and health experts are quick to recommend a low sodium diet. Doctors often say that salt intake is a leading cause of high blood pressure, heart disease and kidney disease. The Center for Science in the Public Interest even labels salt as “perhaps the deadliest ingredient in our food supply.” Salt has been vilified for years, but why is that? 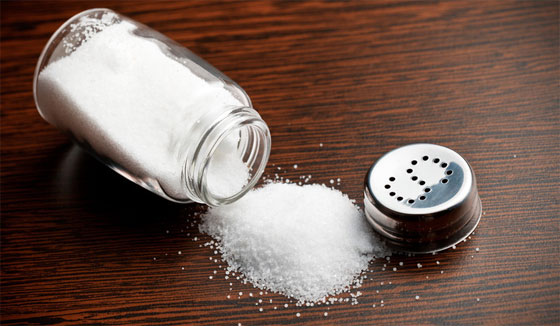 Dr. James DiNicolantonio, a cardiovascular research scientist at Saint Luke’s Mid America Heart Institute in Kansas City, has a much different perspective on salt after studying its impact on human health over the past ten years. His research on salt led him to publish: “The Salt Fix: Why the Experts Got it All Wrong – and How Eating More Might Save Your Life.” Dr. DiNicolantonio says that many people’s bodies are actually starving for salt. According to research, low salt diets could be doing more harm than good.

Early on in his career as a community pharmacist, Dr. DiNicolantonio observed the negative health effects of a low sodium diet. Patients on a low sodium diet who also took low blood pressure medication often reported dizziness, dehydration and rapid heartbeat. When these patients were tested, their sodium levels were dangerously low. In almost every case, the doctor stopped the medication or cut the dose in half. Equally important, the doctor told the patients to add salt to their food to get their sodium levels back up.

The human body has adapted over several centuries to metabolize large quantities of salt. Before refrigeration and widespread use of synthetic preservatives, salt was the standard preservative and flavor enhancement. The human body requires sodium to maintain a proper balance of fluids in the cells. Sodium is essential for cardiovascular function, muscle contraction, and for regulating nerve impulses.

Many people crave salt, but it’s not the salt that is the enemy. When the body craves salt, many may think it’s the processed junk foods that contain salt that we think we want, when it’s really just the salt. These junk foods are drenched in partially hydrogenated oils and loaded with sodium nitrate, MSG and other inflammatory food chemicals that damage the endothelial cells in the blood vessels.

Medical institutions are quick to blame a natural and necessary element like salt, but provide NO guidance on the food chemicals and junk foods that often accompany a high salt diet. Furthermore, much of the salt in the standard American diet is iodized salt, which has been heated to 1,000 degrees Fahrenheit, stripping the salt of essential minerals that the body needs. Why are medical authorities assuming that the salt is the culprit of heart disease, while ignoring all the other inflammatory food chemicals that actually put pressure on the blood vessels?

According to 185 randomized controlled studies on sodium intake, researchers found that less salt intake does lower blood pressure, but it only lowers it on average of 1 to 5 points. The small drop in blood pressure was only observed for a small fraction of the population.

The drop in salt intake had negative effects, too – raising levels of kidney hormones, stress hormones and triglycerides. The mortality rate was actually higher for people who had low levels of sodium in comparison to those who had high levels.

In fact, the negative effects of a low sodium diet were more damaging and include: increased heart rate, hypothyroidism, elevated insulin levels, and an increase in artery-stiffening hormones. The research also shows that a low sodium diet is not healthy for pregnant women and contributes to a greater risk of miscarriage, infant mortality, and preeclampsia. “Somehow they’ve gotten away with sweeping those harms under the rug”, said DiNicolantonio.