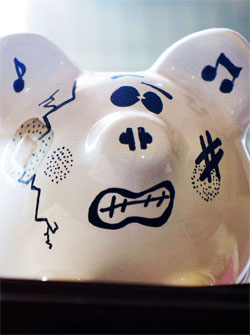 An official wave of “recession” is nigh and the potential for financial fallout and further hard times is perhaps imminent. The Fed’s disastrous rescue plan after the 2008 financial crisis has left the U.S. economy in a fragile and vulnerable state.

Unlimited quantitative easing, or easy money for those at the top of the heap, have redirected investment into sectors that can’t or won’t stimulate the real economy that affects “everyday Americans”. No jobs. Frozen wages. Mounting living costs. And an exploding debt bubble in several areas. You know the drill.

Now, even the banksters steering the system are being forced to admit that central bank efforts have failed to “stimulate demand”, and that a contracted and dried-up economic landscape is giving way to another step backwards – a recession that no one can sweep under the carpet.

“We are seven years into a full-fledged, all out, central bankers doing everything they can to stimulate demand”, Bank of America-Merrill Lynch’s head of U.S. equity and quantitative strategy Savita Subramanian warned on CNBC’s Fast Money.
“We looked at all of these indicators that have been pretty good at forecasting recessions and we extrapolated that if they follow the current trends they’re on, we’re going to hit a recession sometime in the second half of next year [2017].”
“What scares me is the market been so fragile.”

Bank of America-Merrill Lynch’s head of U.S. equity and quantitative strategy Savita Subramanian warned on CNBC’s Fast Money:
“Remember what happened in January [2016]? We got a whiff of bad news and all of the sudden the market is at 1800” she said – a move that augured poorly for the near-term.
“I think that speaks to the reaction function of the market. There are a lot of itchy trigger fingers. There’s lot of violent trades that can really roil a fairly complacent environment.”

Not only are the markets ready for disaster and essentially only waiting for a flashpoint to initiate crisis, but the shift in investment that has been directed by QE3 (the third round of quantitative easing launched by the Federal Reserve) has rendered the private sector, job-creating economy doomed to fail. 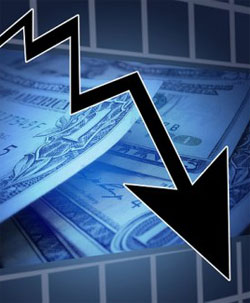 Bank of America isn’t the only Wall Street bailout recipient to warn about what is coming. JP Morgan Chase has signaled a volatile crisis and the end phase of the Federal Reserve’s failed stimulation experiment, and Goldman Sachs went so far as to warn that we are entering the “Third Wave” of financial crisis, of which 2008 was merely the first chapter.

Sadly, the forecast is much darker and the next financial collapse much deeper than almost anyone has prepared for. The outlook from this global strategist at the Macquarie Group is beyond doom and gloom – it is a literal existential crisis.

Viktor Shvets, the global strategist of the investment bank Macquarie Group, asserts the following:
Global central banks with their easy money policies of negative interest rates and quantitative easing are working against a debt deflation scenario, with limited success, according to Shvets. “That was the entire idea of aggressive monetary policies: Stimulate investment and consumption. None of that works, there is no evidence. It can impact asset prices, but they don’t flow into the real economy,” he said. “The private sector will never recover, it will never multiply money again,” he told Epoch Times in an interview.

Viktor Shvets, the global strategist of the investment bank Macquarie Group, speaks about the “declining return on humans”, which means that in today’s digital world, normal humans don’t grow productivity fast enough to justify more jobs and higher wages as the machines are taking over.
„There is no productivity on a global basis. Secular stagnation, technological shifts, monetary policy, all are suppressing productivity growth rates” he says.
So much for the recovery.

By the time the corporate news feeds, politicians and central banks admit we are officially in a “recession”, chances are that the majority of Americans will already be coming to grips with the extreme downsides of a prolonged depression where nothing flows easy, and everything becomes a struggle.

Prepare yourself for the worst and divest in your dependence upon the system as much as possible.