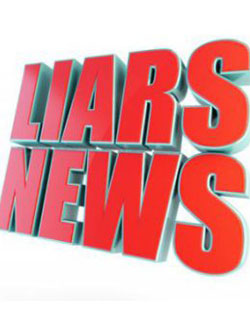 The establishment media is dying. This is not a biased view coming from “alternative media,” it is a fact borne out by metrics and opinion polls from within the establishment itself.

It was true before the recent election, and is guaranteed to accelerate after their shameless defense of non-reality which refused to accept any discontent among the American population with standard politics.

Now, with egg on their face after the botched election coverage, and a wobbling uncertainty about how they can maintain multiple threads of a narrative so fundamentally disproven, they appear to be resorting to their nuclear option: a full shut down of dissent.

Voices within independent media have been chronicling the signposts toward full-on censorship as sites have encountered everything from excessive copyright infringement accusations, to de-monetization, to the open admission by advertising giants that certain images would not be tolerated.

However, until now these efforts have appeared random, haphazard, and rife with retractions and restorations of targeted sites and content.

A massive backlash of reader outrage toward these restrictive measures has confirmed that most consumers don’t like the idea of being given boundaries to their intellectual freedom. That said, there has been a notable increase of hoax websites beginning to populate the information stream. We can attest that this has been an incredible annoyance as we are bombarded daily with new outrageous claims and rabbit holes that readers expect us to sift through.

Most times, a cursory glance at the “About” page or any disclaimers quickly shows where this information is coming from. Other times, a bit of common sense and discernment about why a site that has just appeared on the scene would have “EXCLUSIVE” “BREAKING” content under the banner of an apparent local news channel or a name that is the twisted version of a legitimate news outlet. But even with those caveats, we’ve all been taken in at one time or another and have had to retract or update articles as necessary, or apologize to our e-mail list for sending out a given link.
This does jam up the works, but it is the tax we all must pay if we believe in the free-market of ideas and information. We’re not perfect, but at least we have never been deliberately misleading like CNN and others often have been. 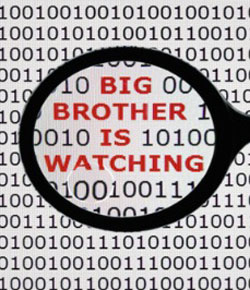 The government recently legalized using propaganda against US citizens. They wielded all of their establishment media force to sell their lies. And now they’re frustrated that people still prefer the truth as they see it naturally.
As The Verge highlighted in a recent article, “Two-thirds of the world’s internet users live under government censorship.” Although this is roundly decried by establishment media as evidence of “declining freedom,” this is exactly the path we are heading toward at the behest of that same media within those areas that have managed to thwart such a reality.

The voices of the corporate media are making a show of calling Facebook to task for evidently not having stringent enough algorithms to discern legitimate news from deliberate hoax. We are being told that this very likely led to the election of Trump, and that this has become a major problem in need of a major solution. The first shots are being fired as we speak. Recently we learned that Facebook and Google would take swift action against “fake news” by de-monetizing or banning them outright.

“Moving forward, we will restrict ad serving on pages that misrepresent, misstate, or conceal information about the publisher, the publisher’s content, or the primary purpose of the web property,” a Google spokesperson said in a statement given to Reuters. This policy includes fake news sites, the spokesperson confirmed. Google already prevents its AdSense program from being used by sites that promote violent videos and imagery, pornography, and hate speech.

This is problematic on a number of levels, not least of which is the vague notion of what constitutes violent imagery and hate speech. War, of course, is what should first come to mind when thinking of violence. Police shootings and other clashes might qualify as well, but routinely populate the most mainstream of sources. And one person’s hate speech is another person’s dissent.

The second component is that of transparency, where we see claims about any effort to “conceal information about the publisher.” Again, very vague, but as any journalist worth their salt knows, it is anonymity which leads to the truth more often than not, especially when threats against journalists and whistleblowers are demonstrably on the rise.

US News has published a list of websites that it deems unworthy of support, and is essentially urging to be de-monitized or banned based on the previous calls to action.
“Here are several fake news sites that have become popular on Facebook, and which should be avoided if you’re looking for the facts”: 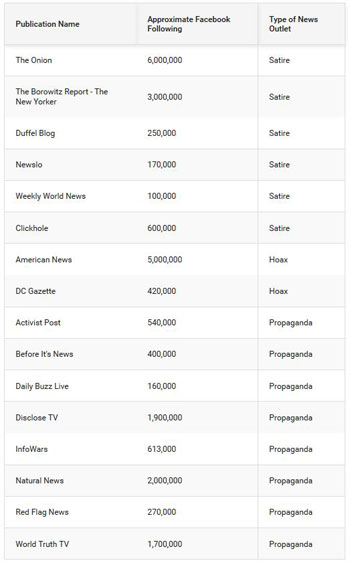 Firstly, the grouping of satire, hoax, and propaganda is troubling, as the definitions of each aren’t even remotely related to one another. Satire is literature and has a tradition dating back thousands of years; it has been recognized as an essential component of intellectual and political freedom. A deliberate hoax, we can all agree, is lacking integrity, purposely deceptive, and can be legitimately harmful or dangerous.

Propaganda, though, is aligned with the State; and most commonly is directed and funded by the State. That is a serious accusation and one that is entirely without merit for some websites included on the list. It is also an especially ironic and dubious accusation coming from an outlet called US News. Anyone against peace, love, and liberty is serving fake news as far as we’re concerned.

All of this is to say that we are entering dangerous new territory, as the Internet itself is under a new regime with the transfer to ICANN, an international body. If 2/3 of the globe is under digital dictatorship, what else is the likely outcome from such international control over information?

However, it is also an exhilarating time to be a part of such mammoth upheaval, where the entrenched apparatus of the State itself has declared information to be its enemy and to acknowledge that it must do everything in its power to maintain its tenuous monopoly on the truth.

The unfortunate reality for them is that the truth will always be more efficient and, therefore, simpler to disseminate than the complexities of lies and true propaganda.