“A decision has been made at the highest echelons of power that the world is just not working,” and a wholesale revamp is needed, according to a senior European royal. In particular, the ongoing “pandemic is entirely a drug-pushing effort” and means “all of the world’s civilian governments are suspected of engaging in genocide,” according to MI6, CIA, and other intelligence agencies.

To summarize, the world’s military and intelligence agencies have come to the conclusion that Western civilian governments have been hijacked by a satanic cult and need to be removed. 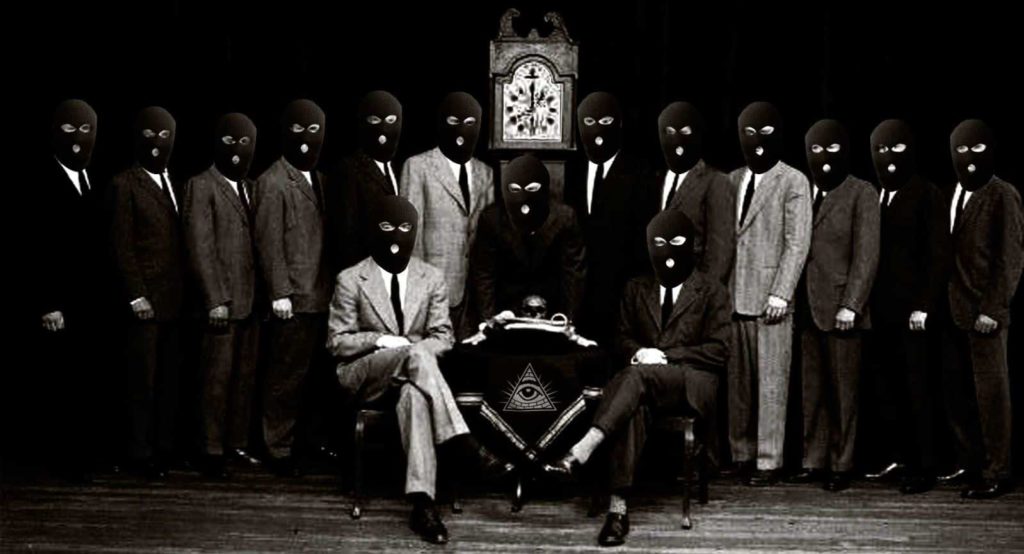 The process is being started off with the removal of Israeli Prime Minister Benjamin Netanyahu, Mossad sources say. “This particular character is a very difficult one and the only way to remove someone like him is to manage them out the Royal Family”, source said. The implication is Netanyahu possesses plenty of blackmail insurance and needs to be given certain guarantees in exchange for relinquishing power. In any case, even Rothschild family-owned propaganda outlets like AP are now reporting his removal.
https://apnews.com/article/middle-east-israel-38004eee311023736078cec262713be

After the removal of the de facto most senior sitting Khazarian Mafia leader, a campaign will take place to cleanse most civilian governments, multiple sources agree. A separate MI6 source located in the Americas confirmed action on the ground saying: “something really big is taking place now.  Senior members of the cabal are going down. Gates is out of the system now. He has disappeared. Not a word was spoken about him. Now it’s Fauci’s turn. Then, guess who’s next, Matt Hancock, followed by Boris Johnson. Humanity is waking up.”

These purges will prepare the ground for a complete revamp of post-World War II institutions including the UN and the BIS, the sources say. “There has been a coalescence among the world’s intelligence agencies because we share a common enemy,” was how the head of MI6 (the real head not the public one) described the situation. The CIA, which is a consortium run out of Switzerland, agrees, according to senior CIA sources.

As a part of this campaign of removal, MI6 has decided to publicly name the person who ordered the murder of Princess Diana Spencer. This was Baron Robin Butler, a German DVD agent (Deutsches Verteidigungs Dients) who ran the British Civil service from 1988 to 1998, according to MI6.
https://en.wikipedia.org/wiki/Robin_Butler,_Baron_Butler_of_Brockwell

Queen Elizabeth was not involved and had him removed as soon as she found out he was responsible for the murder, MI6 says. “Diana’s two sons should not be without their mother,” said Queen Elizabeth II.

These men are “both DVD agents and traitors to the United Kingdom,” according to MI6. These revelations have put Number 10 Downing Street “in a blind state of panic,” the sources said, noting their servers were down.

To summarize: The DVD has been on a massive killing spree ever since World War II that culminated in their seizing of power in the U.S. in the coup d’etat that followed 9.11. The execution of George Bush Sr. helped put an end to it but the battle is not over yet. As long as we see the fake Biden presidency show and pandemic pushed in the media, we have to keep fighting. We are dealing with a cult that has run large parts of humanity literally for thousands of years and they do not plan to go quietly into the night.

The rabbit hole runs very deep. Basically though, the world’s military and intelligence agencies have finally realized that a cult of Sabbatean Frankist Jews really is trying to kill most of the global population. They realized the ongoing “pandemic” was “another 9.11 or Fukushima being carried out by these genocidal fanatical lunatics.”

When asked, “how in the name of God did these people seize the world,” a senior European royal said, “The Rothschilds are particularly dangerous people, they are beyond evil.” As an example of their Mafia-like compromise and control system, the source described an incident where “beautiful children were beheaded in front of a congregation” of elite Australians who had all been drugged. “All of their faces were recorded so there is a repository of blackmail intelligence,” the source said. This sort of event has taken place all over the world. In Japan too, this writer has noted over the years how only compromised politicians are allowed into positions of power.

The incredible extent to which this blackmail and compromise network runs is why a truth and reconciliation process is needed for the people who were unwillingly dragged into this cult. In any case, the Rothschilds are going to be told to back off and the BIS will be dissolved, the agency sources promise.

The Pentagon is also on the case. According to a senior official: “GITMO is operating 24/7 processing detainees. There are four teams working 6-hour shifts with three persons in the jag (judge advocate generals) team. There are currently tens of thousands of prisoners in a multi-level underground prison facility near the Thule, Greenland, U.S. Space Force Base; all transferred from GITMO. Special operations forces and marines are the only ones being used to make the arrests of the cabal and their minions.”

We can confirm that the Pentagon, the British Commonwealth, the Chinese, the Vatican, the Black Sun, the Asian Secret Societies, the Russians, and many other groups have decided “enough is enough”. A team of over 1,000 lawyers and over 10,000 medical experts have begun legal proceedings against the CDC, WHO & the Davos Group for crimes against humanity. They have full military and agency backing.
https://breaking-news.ca/the-new-nuremberg-trials-2021-please-share-this-info/

U.S. President Donald Trump is involved and “Trump’s team is operating out of The Cheyenne Mountain Complex, near Colorado Springs, Colorado. It is a Space Force installation and defensive bunker. It is operated by the United States Space Force. The same as the Thule, Greenland, Air Base, also operated by the U.S. Space Force,” Pentagon sources added.

The Pentagon and CIA sources also say that “Thule Air Force Base is the new Area 51.” They say Russia and China are competing with the U.S. military White Hats to get a solid base there. This is because of vast underground mineral reserves found there including gold and rare earth elements. 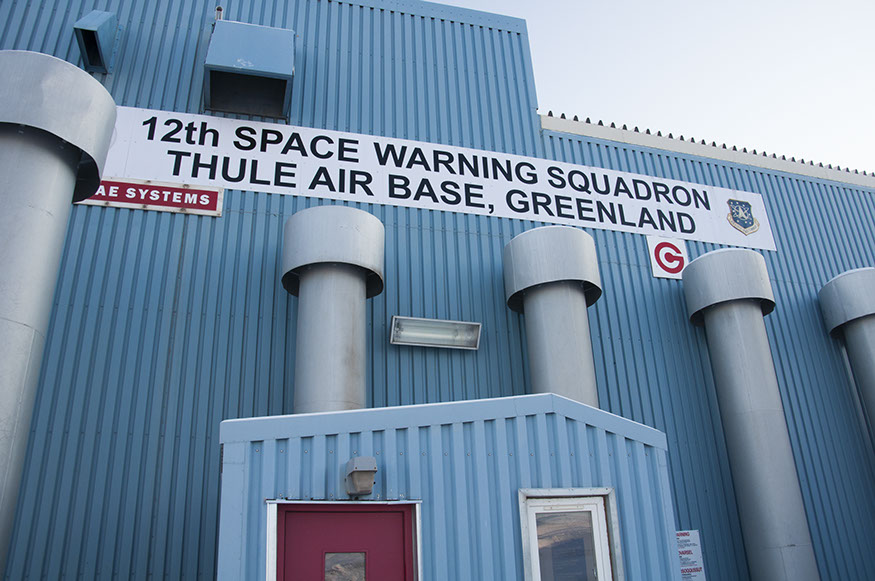 A relative of Admiral Byrd of Antarctica fame says the Thule Base is the center of operations for The U.S. Space Force. “We have access to off-world technology and are in constant contact with our off-world family, working side by side for the advancement and freedom of humanity,” he says.

It is interesting that the Knights Templar and the Black Sun members were also talking about space and UFOs recently. The new head of the Templar Knights of Malta said there was “a big internal discussion with collaboration for the Operation with Black Sun and Templar Knights of Malta.” This involved not only the P3 but also the “P4 Freemasons”, the Knights commander says. “The Black Sun is ahead of NASA and already can go to outer space with their own space ships,” he says. “I’ve discussed this angle with the Jason Society because UFOs are the basis of their existence,” he notes.

As usual with this deep space and UFO stuff, believe it when you see it and even then remain skeptical that it may be a Bluebeam psyop. Nonetheless, it is interesting to note that even here and now real-world organizations like MI6 are paying attention to the space stuff these days. Just remember though, the cabal has been planning some sort of space opera psy-ops ever since the War of the Worlds caused panic when it was aired as a radio show in 1938.

Meanwhile back at the planet’s surface, we note a continued descent into anarchy in the U.S. The articles below are just a few about the dozens and dozens of mass shootings taking place there on a monthly basis now. The overall crime rate is also skyrocketing.
https://www.zerohedge.com/political/12-mass-shootings-over-weekend-america-descends-chaotic-summer
https://www.msn.com/en-U.S./news/crime/public-transit-worker-fatally-shot-8-then-killed-himself-at-san-jose-rail-yard-authorities-say/ar-AAKposP?ocid=uxbndlbing
https://www.dailymail.co.uk/news/article-9621133/New-York-Citys-pandemic-aftermath-laid-bare-homelessness-mental-illness-crime-escalate.html
https://www.zerohedge.com/political/two-dead-25-others-shot-florida-club

Part of the background for this is economic collapse. U.S. prices raised at the fastest pace in over 30 years while incomes have recorded the steepest drop ever.
https://www.zerohedge.com/economics/feds-favorite-inflation-indicator-explodes-fastest-rate-1992-incomes-crash-record

No wonder everybody is turning to silver and other precious metals. This has prompted the U.S. mint to say: “As the demand for silver remains greater than the supply, the reality is such that not everyone will be able to purchase a coin.”
https://www.zerohedge.com/commodities/U.S.-mint-delays-silver-shipments-due-global-silver-shortage

While the situation may seem grim, especially in the U.S., we also need to look at all the good news that is out there. For example, if you talk to people who actually deal with death as a business, like funeral homes and life insurance companies, you will find out that nobody is dying more than unusual despite all the pandemic hysteria. “The most lethal pandemic in decades descends on the globe with deadly mutations taking millions of innocent lives and the life insurance companies couldn’t care less,” notes Jeff Harris. What this means is there has been a fundamental turning of the tide and all the hysteria about pandemics etc, is a sign of panic and fear in the old ruling class, not reality.
http://www.ronpaulinstitute.org/archives/peace-and-prosperity/2021/may/26/life-insurance-and-covid-19-something-doesn-t-make-sense/
https://www.zerohedge.com/covid-19/life-insurance-covid-19-something-doesnt-make-sense

The other aspect is that we are seeing a revival of wildlife and natural ecosystems all over the world. Giant river otters, Tasmanian devils, Siberian lynx for example have all been reported as greatly extending their populations recently.
https://www.theguardian.com/environment/2021/may/25/a-huge-surprise-as-giant-river-otter-feared-extinct-in-argentina-pops-up-aoe
https://www.france24.com/en/live-news/20210525-tasmanian-devils-born-on-australian-mainland-in-rewilding-push
https://www.reuters.com/business/environment/back-brink-iberian-lynx-population-rises-over-1000-2021-05-28/?utm_source=reddit.com

On a grander scale, a forest area the size of France has regrown over the past 20 years creating plenty of habitats for endangered species, notably in the Atlantic forests of Brazil.

New side effects from Pfizer and Moderna vaccines include kidney inflammation, renal disorders and skin reactions