Bilderberg has gained a reputation as the world’s most secretive group of billionaires and political leaders who conspire to impact global events – but reports indicate that they are little compared to another group that includes a host of war criminals responsible for the “War on Terror.”

The group is named Le Cercle. In a report dated Sept. 13, 1982, the German publication Der Spiegel describes it as a “legal cartel” made up of “loyal Bundesnachrichtendienst agents, foreign intelligence agents, reactionary politicians and ultra-right journalists” who played a crucial role in the 1980 election in Germany. 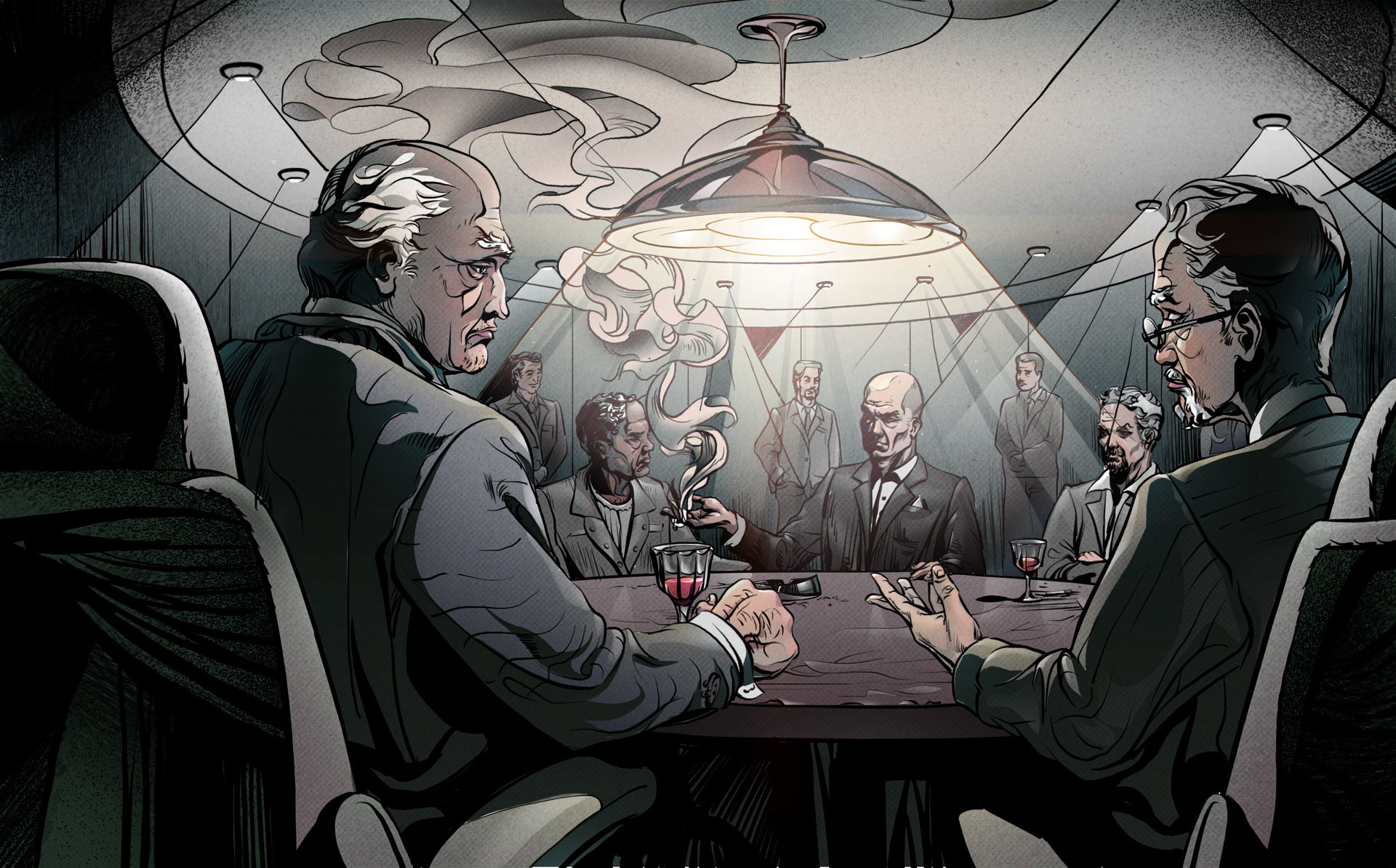 The existence of the group was revealed by Bavarian constitutional protector Hans Langemann. According to the report, he described the group: “In the case of Le Cercle, as far as my earlier knowledge of the Bundesnachrichtendienst and my present knowledge are concerned, it is a ‘loose’ meeting about two times a year and at various places of conservative anti-Communist politician publicists, bankers, and VIPs of other professions which originated in the former French Prime Minister Antoine Pinay circle, and continues to this day.”

Former U.S. Defense Secretary and President of the World Bank Paul Wolfowitz, former Iraqi Coalition Provisional Authority Leader Paul Bremer, former Secretary of Defense Donald Rumsfeld and former Chairman of the Defense Department’s Defense Policy Board Richard Perle – some of the most notable neoconservative architects of the Iraq War – are all reportedly members.

In a report from The Independent dated June 28, 1997, the “exclusive think-tank said to be funded by the CIA” is mentioned because its chairman at the time, former Member of Parliament Jonathan Aitken, was reportedly going to be removed over a libel trial that ultimately sent him to prison for perjury.

Accusations that Le Cercle receives funding from the CIA have been made as well by Robin Ramsay, editor of Lobster Magazine; and by John E Lewis, author of The Mammoth Book of Cover-Ups. As the report noted, “the group’s existence is only occasionally disclosed” following its creation in the 1950s: “Cercle was intended to cement Franco-German relations, as a buffer to Soviet aggression during the Cold War. Down the years, however, it has become much more, advocating right-wing causes round the world and growing into a confidential talking shop for about 70 politicians, businessmen, polemicists and personnel from the diplomatic and security services. Members are invited to attend its meetings; they cannot ask to be admitted, and as a condition of attending they agree to keep all sessions secret. It meets twice a year, once in Washington DC in the autumn and once in the early part of the year in an ‘overseas’ venue.”

The Independent described senior member Brian Crozier as an “author and well-known Cold-Warrior with close ties to MI6 and the CIA” who wrote a “planning paper” for Le Cercle in 1979. In addition to securing modifications of government in Germany and the United Kingdom (where Margaret Thatcher became Prime Minister in 1979), the agenda included objectives such as:

In a report on the history of Le Cercle, British news source True Publica noted that the 1982 Langemann Papers were “the first significant leak to expose the activities of Le Cercle, confirming that the group was actively involved in influencing Western European elections.”

“Its purpose is to subvert the democratic principles and processes of individual countries and are by nature ideologically ‘hawkish’ – distributing propaganda, stoking fear of communist plots from Russia, vote rigging and hacking the accounts of politicians and prominent global figures. Promoting the ‘war on terror’ has been a major factor in their activities of recent years and in so doing broker weapons deals and setting up false flag operations the world over to suit its own agenda.”

While the majority of the information surrounding Le Cercle is covert and secretive – especially regarding its activity in recent years – one of the most important aspects to remember about the think tank is that its presence is well-documented, its members include influential U.S. politicians, there have been accusations of funding by the CIA, and yet mainstream media in the United States has ignored its existence and influence for decades.

The FBI’s Gestapo Tactics: Hallmarks of an Authoritarian Regime