In the food world, the color green is synonymous with healthy. We even say, “be sure to eat your greens”. And for good reason… the green color of many vegetables is due to the presence of carotenoids (which are strong antioxidants). Most green vegetables also contain chlorophyll (which helps fight off cancer and increases liver and detox functions in the body). Which is essential! 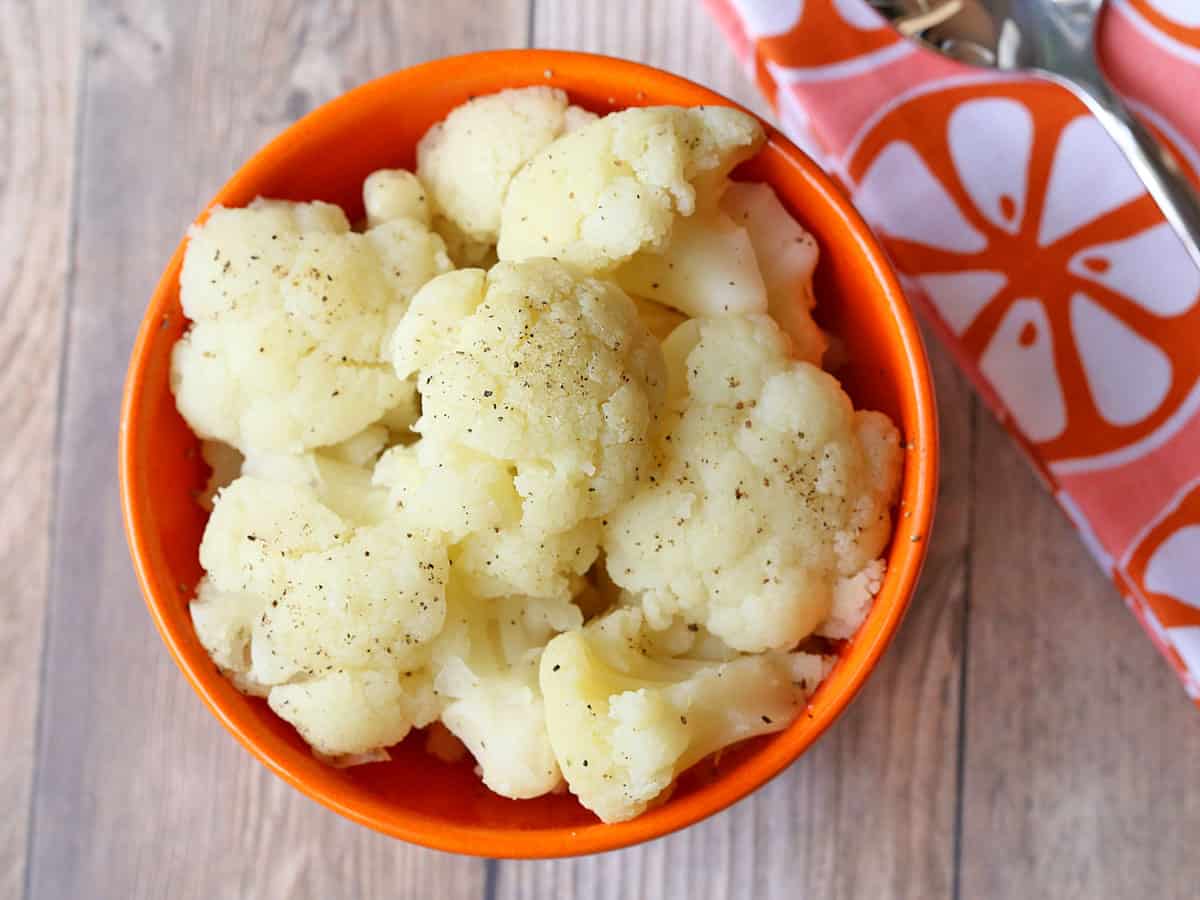 Cauliflower contains sulforaphane. Researchers point to sulforaphane as a key benefit of cauliflower because of its ability to improve DNA methylation (which keeps cells healthy). This leads to improved blood pressure and kidney functions.

Not only does cauliflower contain fiber (1 cup of boiled cauliflower provides us 12% of our daily fiber intake), but it also contains glucoraphanin (which is particular to broccoli and cauliflower). Glucoraphanin is a precursor to the aforementioned sulforaphane. A study published in 2009 in the publication Cancer Prevention Research indicated that there are digestive benefits from glucoraphanin, particularly its effect on the stomach lining by guarding against harmful bacteria such as Helicobacter pylori.

It seems too weird to mention this after mentioning cauliflowers lack of chlorophyll, but two phytochemicals present in cauliflower – sulforaphane (there it is again) plus indole-3-carbinol (I3C) – have several cancer fighting properties. A 2008 study published in Carcinogenesis indicated that I3C reduced chemically induced mammary tumors in animals. I3C has also shown an ability to increase our body’s production of beneficial enzymes that clean out our body of carcinogens and toxins. It is also an anti-inflammatory agent.

You can consume 100% of your daily recommended intake of vitamin C with 1 cup of boiled cauliflower.

Like its cousin broccoli, cauliflower is a natural source of the B vitamin choline (a precursor to acetylcholine). One of the main neurotransmitters in our body and brain is acetylcholine. Patients who have low levels of acetylcholine often have reduced blood vessel growth in their brain. A study published in the Journal of American College of Nutrition highlighted a study where pregnant rats where fed choline supplements. As a result, their offspring had increased cognitive abilities for their entire lives!