The Bill and Melinda Gates Foundation provided funding for a study that aims to record a patient’s vaccination history by injecting dye [called Luciferase] under their skin. 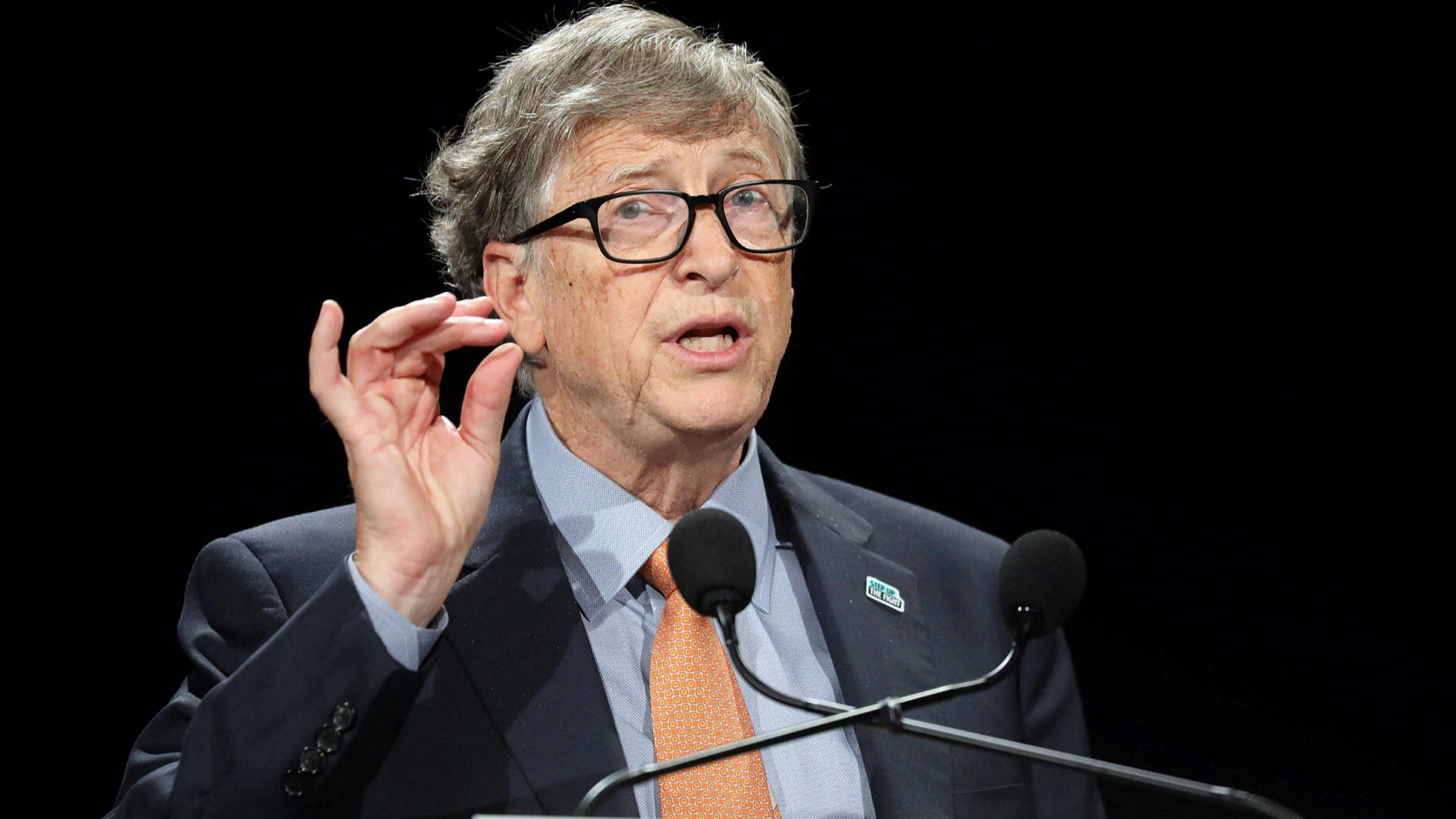 The study was published in Science Translational Medicine on December 18th, 2019.

Researchers from the Massachusetts Institute of Technology (MIT) found a way to record a patient’s vaccination history. It involved injected dye containing data underneath the skin at the same time as administering a vaccine.

In a 2019 press release by MIT, investors suggested that the injection method was mainly to aid developing countries where traditional medical records are rare or do not exist.

As the press release states, people are, quite literally, going to be injected with a vaccine passport. The covid-19 pandemic may have revealed the true purpose of the specialised dye, as the vaccine begins to become mandatory across the globe, with countries now beginning to implement vaccine passports. 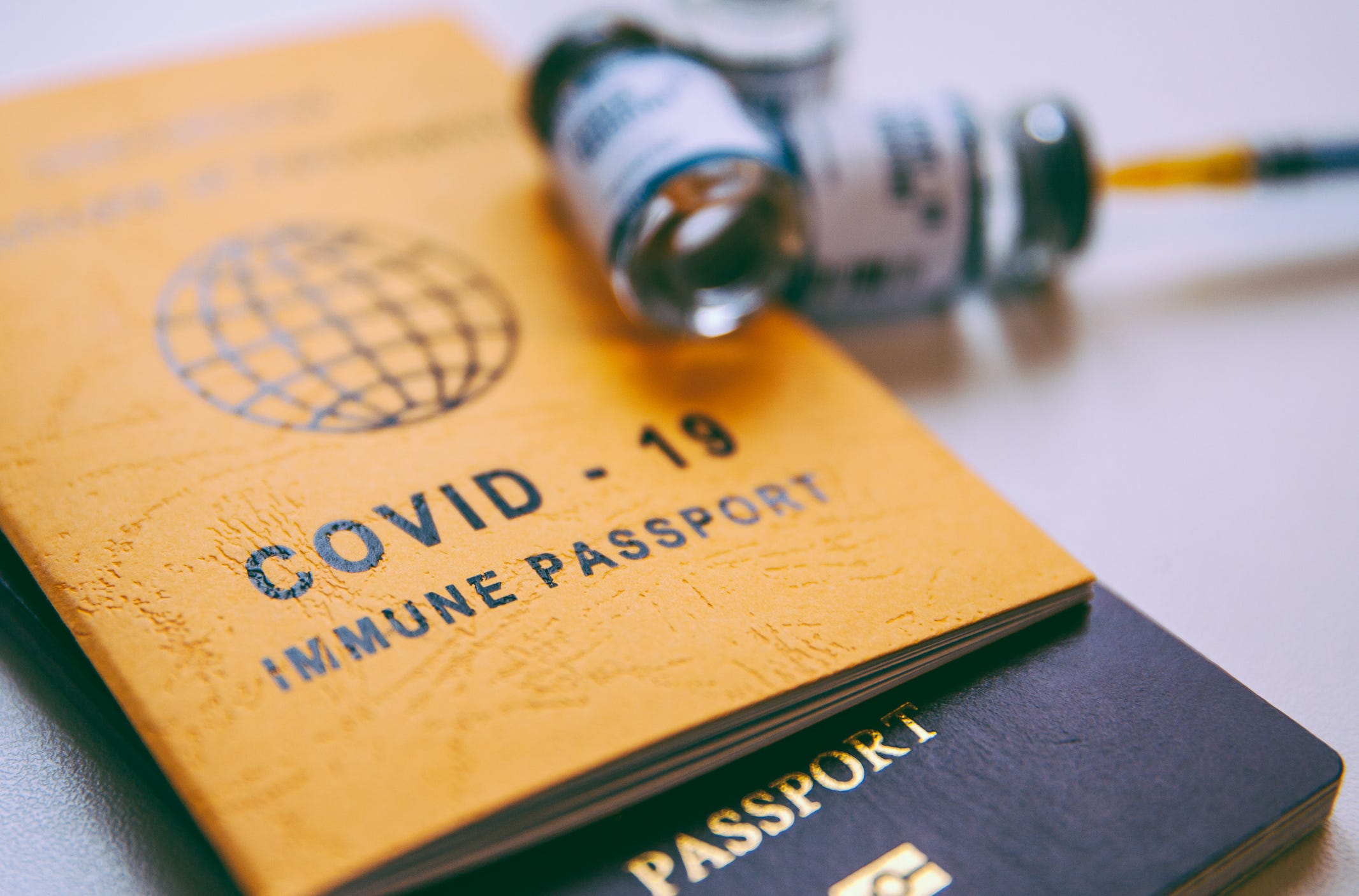 Before the covid pandemic, vaccination campaigns in developing countries were made difficult often due to the inability to store medical records. Therefore, it’s difficult to determine who needs a particular vaccine.

Kevin McHugh, former MIT postdoc, and co-lead author of the study said at the time:
“In areas where paper vaccination cards are often lost or do not exist at all, and electronic databases are unheard of, this technology could enable the rapid and anonymous detection of patient vaccination history to ensure that every child is vaccinated.”

MIT researchers sought to create a method for recording vaccination information in a way that does not require a centralised database or other infrastructure.

Often, vaccines such as those for measles, mumps, and rubella (MMR), require several doses to be spaced out at set intervals. However, without accurate and reliable records, some children may not receive all the doses.

Ana Jaklenec, MIT research scientist, said in the 2019 press release:
“In order to be protected against most pathogens, one needs multiple vaccinations. In some areas in the developing world, it can be very challenging to do this, as there is a lack of data about who has been vaccinated and whether they need additional shots or not.”

To create a decentralised vaccination record, researchers developed a new type of copper-based quantum dots (nanocrystals) which radiate slightly sub-infrared light that can be read by a certain type of smartphone.

The dots measure about four nanometres in diameter and are held in tiny biocompatible spheres which are 20 microns in length. The encapsulation allows the dye to remain in place underneath the skin post-injection. 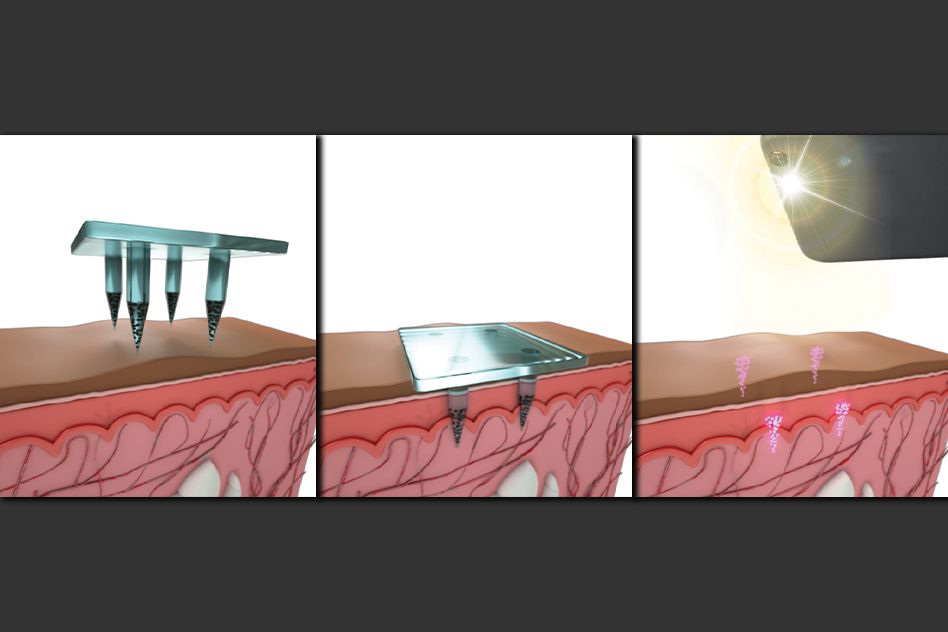 Researchers designed the dye to be delivered by a microneedle patch rather than a traditional syringe and needle. The patches used in this study were made from a mixture of dissolvable sugar and a polymer called PVA, as well as the quantum-dot dye and the vaccine.

When applied to the skin, the microneedles, which are 1.5 millimeters long, partially dissolve, releasing their payload within around two minutes.

By selectively loading microparticles into microneedles, the patches deliver a pattern in the skin that is invisible to the naked eye but can be picked up and scanned by a smartphone that has the infrared filter removed.

Researchers said that tests on cadaver skin showed that the dye can emit light for up to five years. The method was also tested on rats, using microneedle patches that delivered the quantum dots along with a polio vaccine.

Researchers discovered that those rats generated an immune response similar to the response of rats that received a traditional polio vaccine.

Jaklenec said:
“This study confirmed that incorporating the vaccine with the dye in the microneedle patches did not affect the efficacy of the vaccine or our ability to detect the dye.”

At the time, researchers planned to expand the amount of data that could be encoded in a single pattern, allowing them to include information such as the date of vaccine administration and the lot number of the vaccine batch. They said that the quantum dots are safe to use in this way because they are encapsulated in a biocompatible polymer.

Mark Prasunitz, chair of chemical and biomolecular engineering at Georgia Tech, who was not involved in the research, said at the time:
“Storage, access, and control of medical records is an important topic with many possible approaches. This study presents a novel approach where the medical record is stored and controlled by the patient within the patient’s skin in a minimally invasive and elegant way.”

The investors of the study are listed at the bottom of the study and include The Bill and Melinda Gates Foundation and the Koch Institute Support (core) Grant from the National Cancer Institute.

Considering that these studies were carried out years before the Covid-19 pandemic, before vaccine passports were considered, it is worth questioning whether this was the plan all along. Furthermore, how do we know that this technology hasn’t already been implemented?