The bird flu outbreak is not real. That should be everyone’s starting point – with everything, really – assume the media is lying and wait for them to prove they’re not. 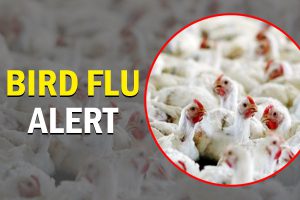 Especially when the fates seem to converge and every single item in the “news” herds public opinion in the same direction and serves the same agenda …which bird flu definitely does.

In pursuit of that agenda, over the last two years, they destroyed small businesses and wrecked the economy, they have driven truckers out of work and broken supply lines, they have started a war between two of the biggest exporters of wheat in the world and driven up the price of petrol and natural gas.

Bird flu fits this pattern perfectly. The price of poultry and eggs is set to skyrocket.

We know they just faked a pandemic in humans. You think they can’t – or won’t – do the same for chickens?

Now, maybe some of you still have faith in the headlines, maybe you haven’t developed that spidey sense that lets you just know when something is total bollocks. And maybe we should make an argument, lest we fall victim to the “fact-checkers”.

So, let’s talk evidence for a quick minute.

First, let’s talk about how the US government “detects” bird flu outbreaks.

According to an article in The Conversation: “To detect [avian influenza], the US Department of Agriculture oversees routine testing of flocks done by farmers and carries out federal inspection programs to ensure that eggs and birds are safe and free of virus […] using molecular diagnostics such as polymerase chain reaction (PCR) tests – the same method labs use to detect Covid-19 infections.”

Remind you of anything?

Second, let’s talk about how world governments are handling the “crisis”.

The mainstream media were reporting a “deadly” bird flu outbreak, The Guardian claimed: “US officials believe nearly 24m poultry birds, mostly chickens and turkeys, have died of flu since virus strain identified in February”. All mainstream outlets are taking the same line – reporting million of birds dying “of” flu.

However, The Conversation article quoted above says: “As of early April, the outbreak had CAUSED THE CULLING of some 23 million birds from Maine to Wyoming”

And this article in The Scientist claims: “So far this season, tens of millions of birds have died of disease OR BEEN CULLED”.

So, there is some inconsistency here. Essentially, we don’t know how many died of “bird flu”, or how many were culled with “bird flu”. 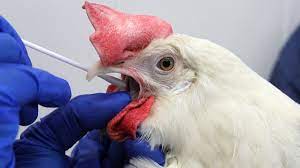 Now, let’s do some simple math to pursue and clear up the confusion.

– We know the press were reporting roughly 24 million poultry deaths in the US.
– We know Wisconsin farmers have culled 2.7 million chickens to “stop the spread”.
– And we know Iowa, the USA’s leading producer of eggs, has culled over 13 million chickens.

So, at least two thirds of the dead birds – and potentially all of them – were killed in culls, and NOT by the flu at all.

And that’s just the US numbers. Other countries are culling too.

France has had two huge culls of poultry, totaling over 11 million birds.

The UK has culled at least 2 million since October, despite detecting just 108 cases by late March.

Governments are killing millions of birds, and these deaths are being blamed on the flu.

To sum up, the backbone of this “bird flu” outbreak is:

… seriously, any of this is ringing a bell yet?

Bird flu is just like covid. The same people, telling the same lies, for the same reasons.

We all know where it goes from here.

Just as with lockdowns, the bird flu “crisis” will hit small local businesses harder and faster than Big Farma giants (we have already seen reports of family farms being destroyed).

They were reporting that free-range birds are more at risk from bird flu (what with being allowed to go outside and live like normal birds), so organic sustainable and ethical farming practices will be hit with new rules that don’t apply to corporate meat factories who treat animals as inanimate objects.

Meanwhile, this will be used to further advance the war on meat, boosting both veganism and backers of lab-grown “meat”.

Good luck being an “anti-vaxxer” when they make it law to literally inject all your food with spike proteins or experimental mRNA modifiers or who knows what else.

And, of course, if they ever need it to, the bird flu “can jump from chickens to humans”, and we can have a brand new pandemic, just as the former head of the CDC predicted recently.

Like was said at the beginning, there is no “bird flu” outbreak, it’s just “covid” for chickens. Just more … ‘building back better’. Just more ‘new normal’.

It’s all the Great Reset. That’s all there is these days.