For eight years, Ukraine terrorized the people of Eastern Ukraine with U.S. weapons but this was never reported on. 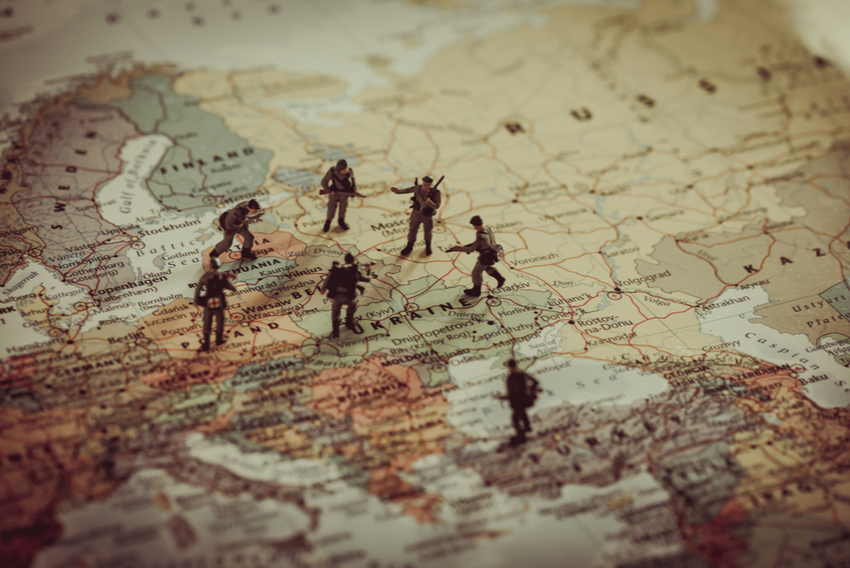 Here is a timeline of events: 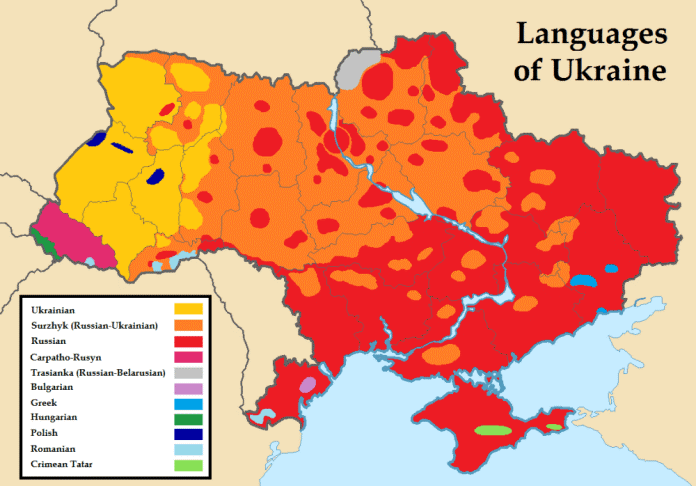 The democratically elected government of Ukraine, overthrown by a U.S.-supported violent coup in 2014, was sparked by a massacre of protesters by a renegade Nazi brigade in the Ukraine Army, a cynical and deliberate false-flag tactic to anger the population. It worked as well as the German Nazi false flag Reichstag Fire that allowed Hitler to take over Germany. [6]

A more recent false flag attack was the anthrax terror a month after 9/11/2001 which stampeded the U.S. into war for oil, costing 2 million lives and 10 million displaced. The anthrax from a U.S. Army lab was falsely blamed on an Islamic zealot.[7]

In 2014, the Ukraine Army started shelling Donbass in the east, killing 10,000 civilians, which is 10 times more than the UN-reported 1,000 civilians that Russia allegedly killed in 24 days since their incursion into Ukraine, February 24 to March 20.

Considering that the population of West Ukraine is 10 times that of the seccessionist-held Donbass, one can easily calculate that those killings by Ukraine were 20 times the percentage of population killed than those allegedly killed by Russia now.

The map below shows the blue two-thirds of Donetsk and Luhansk was occupied by Kiev which was besieging people in the brown one-third to the east. The Russian rescue mission stopped Ukraine’s genocide of Donbass. 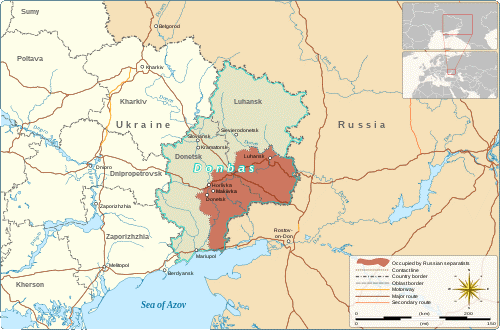 In addition, 4,000 combatants were killed in the Donbass siege. Trainers and equipment from the U.S. were there since 2014 to help the Ukrainian Army.

Not only has Kyiv started the war in Ukraine, but it also committed major war crimes like the shelling of a kindergarten in Donetsk, while aiming to blame Russian for false flag attacks. Why? Because Kyiv knows NATO has their back and they want to remove Russian-speakers from Ukraine. They want to grab that valuable property in the east.

It has been confirmed that 14,000 were killed Ukraine’s 2014 civil war, most of them Russian speakers in Donbass. Ukraine cleared minefields on February 23 around Donbass, preparing to invade. Russia blocked that with the incursion on February 24.

Author: Richard Ochs, a board member of Maryland Peace Action. He has published articles in the Baltimore Sun, Baltimore Chronicle, and online.

Notes:
[1] Secretary of War Lloyd Austin told Margaret Brennan on Face the Nation on March 20, 2022: “Our trainers have been in Ukraine since 2014.”
[2] The US capitalist think tank, Rand Corporation, declared US war on Russia with their 2019 manifesto on how to destroy Russia, which has not been repudiated by any US government entity nor reported by any US mass media.
Truth11.com article “Rand Corporation: How to Destroy Russia. Overextending and Unbalancing Russia”.
[3] Ukraine attacked a kindergarten, blaming Donbass separatists. Report of the Organization for Security & Co-operation in Europe (OSCE).
The Monitoring Mission’s report on the kindergarten incident: “On 17 February, the Mission followed up on reports of damage to a working kindergarten in the north-western part of Stanytsia Luhanska (government-controlled, 16km north-east of Luhansk), located about 4.5km north-west of the north-western edge of the disengagement area near Stanytsia Luhanska.”
Comment by munitions expert: “So the kindergarten was 4.5 kilometers inside Ukrainian-held territory. The monitors were denied access to the site by Ukrainian authorities and were only able to see it from a distance (very suspicious). Also suspicious is that the mission was told that “20 children had been in the kindergarten at the time of the incident but reported no injuries”. Really? An artillery shell bursts through a classroom wall, and no one was injured? More likely, they had been warned to get out ahead of time and evacuated before the shell was fired.
But there is no doubt whatsoever about how far away the tank (or artillery piece) was. The impact was dead on, and not from a descending shell. And the surrounding buildings mean that whoever fired at the kindergarten was situated in that very small open space right next to it. And we know it was a dummy shell, because of the unbroken windows. If there had been an explosion, they would have been shattered. Someone took deliberate aim from only a few hundred yards away and carefully fired a single shot on a flat trajectory. They probably weren’t interested in causing collateral damage, but just wanted a propaganda photo. How convenient that the damage was to a kindergarten and not to one or another of the anonymous buildings surrounding it.”
[4] The Organization for Security & Co-operation in Europe (OSCE) reports each day on the security situation with daily reports: https://www.osce.org/ukraine-smm/reports
-Wednesday February 16: number of explosions: 5 in Donetsk and 71 in Luhansk = 76
-Thursday February 17: Kindergarten hit by Ukraine’s false flag attack
-Thursday February 17: number of explosions: 128 in Donetsk and 188 in Luhansk
-Friday February 18: number of explosions: 135 in Donetsk and 519 in Luhansk
-Saturday February 19: number of explosions: 553 in Donetsk and 860 in Luhansk-1,413.
[5] Ukraine Army’s Plan to Attack Donbass
Published on 21 Feb 2022. “In recent days, the number and intensity of shelling on the territory of the Republics by the Ukrainian army has sharply increased. The units of the People’s Militia are forced to constantly suppress the firing points of the Armed Forces of Ukraine in order to prevent the death of the civilian population.”
[6] Watch the documentary “Ukraine on Fire” by Oliver Stone, producer of “JFK.”. Dmitry Yarosh’s highly trained and disciplined paramilitaries had dressed during the coup as if they were state security troops, and they fired down upon the Maidan demonstrators and police, in what’s called in the trade a “false flag” attack, one that’s designed to appear to have been perpetrated by the side you’re intending to defeat, so as to deceive the public about who had caused the violence and thus get your enemy to be blamed (by your own electorate) for the bloodshed, and thereby unite your country to fear your chosen (typically foreign) enemy and so to be willing to invade them. Adolf Hitler had most prominently pioneered the false-flag technique, both in his burning of the Reichstag, and in his setting up the incident that became his excuse to invade Poland in 1939. Dmitriy Yarosh is a proven master of this craft.
[7] Article of Graham McQueen, “The 2001 Anthrax Deception: the Case for a Domestic”